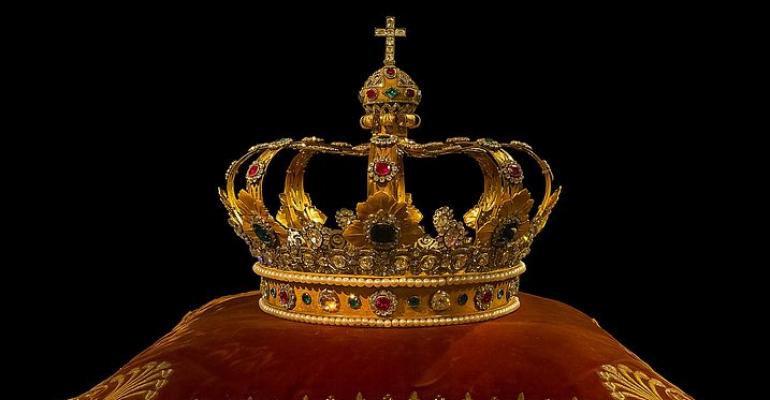 Boston Scientific is Editor’s Choice for 2018 Company of the Year because of its numerous acquisitions, meticulous planning, and its unwillingness to stay silent when tackling controversy. The Marlborough, MA-based company is on the cusp of change.

When MD+DI editors were voting to see which medtech firm would be named 2018 Company of the Year, Boston Scientific immediately stood out. The Marlborough, MA-based company has had an incredible year. From deals, to a more open line of communication, to getting a troubled product back on track, the firm has been making extraordinary strides.

The heart of the matter is that the medtech landscape is far different than it was 10 years ago. Boston Scientific’s rivals have grown exponentially due to mega-mergers. The nearly 40-year-old company now faces off against a combined might of Medtronic and Covidien, in addition Abbott Laboratories, Alere, and St. Jude Medical have merged.

“Some recent medical device M&A deals in the industry focus on size and breadth—we think depth, or category leadership as we call it, is just as, if not more, relevant in making a meaningful impact for patients, physicians and payers,” the company said. “Our approach to category leadership means deep expertise and highly innovative products and solutions within each of our key disciplines.”

The company became heavily involved in M&A getting the occasional tuck-in and buying out options in company’s it had invested in, in the past. Boston Scientific’s president and CEO, Mike Mahoney was upfront very early on in the year about M&A, telling everyone during an earnings call that the company would be making a lot of deals.

“M&A is important for us, along with investing in organic R&D capabilities, and we leverage those together to deepen our category leadership strategy,” the company told MD+DI. “2018 was indeed an active year for us: we announced 9 acquisitions and executed several new strategic venture investments, totaling approximately $6 billion.”

The acquisition of BTG was Boston Scientific’s largest deal announced ($4 billion) and is expected to close in the first half of 2019. London-based BTG has three key businesses, the largest of which is its Interventional Medicine portfolio which encompasses several peripheral interventional product lines. The interventional oncology franchise includes the TheraSphere Y-90 radiotherapy microspheres and the GALIL cryoablation system, used to treat patients with liver, kidney and other cancers.

The company’s largest deal completed in 2018 was Augmenix for $500 million upfront. The company told MD+DI that “Augmenix is a fast-growing company with a promising treatment in the prostate cancer space.”

TAVR or Not to TAVR – Always Have A Back Up Plan

There has been a lot of controversy surrounding Boston Scientific’s Lotus Edge transcatheter aortic valve replacement (TAVR) device. The medtech firm has struggled with the device, even delaying its launch. The technology has been closely watched because it has the potential to shakeup the hold Edwards Lifesciences and Medtronic have on the TAVR market.

The Lotus Edge has drawn interest from the medical and financial analyst communities because the current generation of the valve is known for having low rates of paravalvular leak (PVL). The valve has been described as being designed to maintain those low PVL rates while also reducing permanent pacemaker implant rates with its Depth Guard technology.

The firm communicated in August that it was on track to submit the final technical module of the Lotus Edge PMA and the device could get approval in mid-2019. However, what’s so impressive here is that even if the Lotus Edge wasn’t salvageable, Boston Scientific has a backup in the Acurate valve.Boston Scientific gained access to Acurate when it closed its $435 million acquisition of Symetis.

Not Shying Away from Controversy

One of the most impressive things about Boston Scientific this year was its willingness to discuss controversial topics. Case in point, in May, a scathing 60 Minutes report claimed the company knowingly bought counterfeit plastic materials from a Chinese supplier to produce the devices.

Shortly after the 60 Minutes piece aired we here at MD+DI reported on the issue, Boston Scientific initiated a call with our News Editor Amanda Pedersen – to set the record straight.

“We remain focused on transparency and sharing the facts—including correcting the record when needed," the company said. “It is important to have balanced information when making any healthcare decision, and we encourage informed conversations between patients and physicians.”

Such a level of communication from a large player in the industry on negative news is rare and impressive. It is even more impressive when you factor in where Boston Scientific was 10 years ago. The firm was a bit more reserved with answers, especially coming out of the highly controversial Guidant acquisition.

However, the company has seen changes since Mahoney took the helm in 2012. One could argue that he has successfully changed the culture and quite arguably the course of Boston Scientific. With the blockbuster year it has had in 2018 one can only wonder what lies ahead for the medtech giant in 2019.

“Our winning spirit culture is focused on bringing differentiated medical technologies to patients and providers,” the company told MD+DI. “With our strong balance sheet and cash flow generation profile, we maintain the capability for continued tuck-in strategic M&A that advances our category leadership strategy.”