How Artificial Intelligence Could Save Healthcare 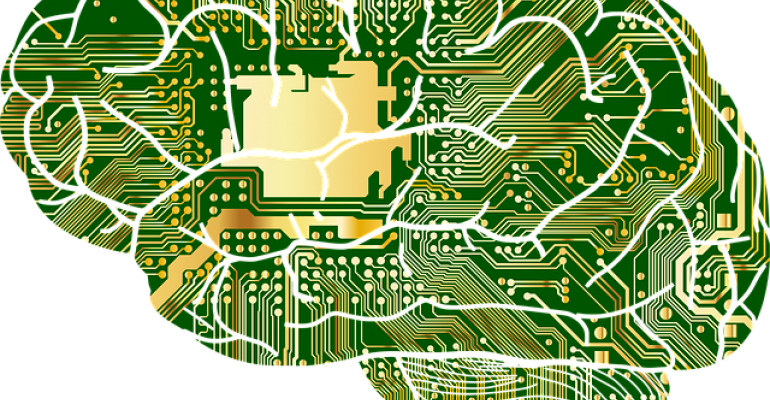 Machine learning might be our only hope to curb out of control healthcare costs, according to a top venture capitalist and Medtronic CEO Omar Ishrak.

They say the only two certainties in life are death and taxes, but you could also make an argument for adding rising healthcare costs to the list.

“There is no end in sight to the amount of healthcare spending because it scales with multiple on the population,” Josh Makower, MD, general partner venture capital firm New Enterprise Associates (one of the top 10 medtech VC firms), told an audience at the Medtech Conference in San Jose yesterday.

Speaking on a panel about the future of healthcare delivery at the event hosted by medtech industry trade group AdvaMed, Makower went on to assert that medical devices and pharmaceuticals account for a relatively small piece of the healthcare spending pie. In reality, a larger share of our healthcare costs goes toward paying the salaries of the people working in healthcare.

“Machine learning and artificial intelligence drive a lot more productivity with a smaller number of people and [lower] salaries,” Makower said. “Unless you figure out a way to leverage machines to do some decision-making and even make a diagnosis, then we’re going to lose this battle.”

Artificial intelligence (AI), of course, is the latest buzzword in healthcare, and in recent years companies ranging from IBM to Microsoft have dabbled in applying the concept to everything from imaging analysis to clinical trial matching. Still, AI is far from being a common tool in medicine—although Makower suspects that will change.

Hear influential physician and bestselling author Eric Topol’s take on how artificial intelligence will impact the future of medicine at MD&M Minneapolis on November 8, 2017.

“Someday, machine learning will be as ubiquitous as word processing,” he said. “It’s just going to be part of everything.”

Makower said he envisions a time when the healthcare system includes a “machine layer” that he likened to the recommended products you see when you log into your Amazon account. With access to millions of healthcare records, the AI application will be able to identify population trends, make diagnoses for patients, and even order prescriptions to be delivered to their homes. All the patient would need to do, he said, is  interact with a virtual assistant.

But that doesn’t mean your doctor will be replaced by an algorithm.

“There’s still a place for doctors and skilled people in healthcare,” Makower said. “They should be able to do their jobs, but there are a lot of things they don’t need to do and which could be done by machines much better.”

The real value of AI, added Medtronic CEO Omar Ishrak, who also spoke on the panel, is in making more efficient use of the human resources in healthcare. “They should be supplemented with real, grounded database knowledge that helps make better decisions and provide better care,” he said.

Like Makower, Ishrak shared his vision of how the future of AI in healthcare might play out. He described three ways in which he believes the technology will be used.

For starters, he predicted, big data will be used to baseline patients, separating them into cohorts that have been treated the same way. Next in the evolution, machine learning will be used to zero in on one patient, analyze their habits, and guide them toward the best treatment. Finally, he said, AI will be used on an ongoing basis to change care pathways and improve population health.

Medtronic was among the first device makers to experiment with AI in the form of a partnership announced last year that has it developing diabetes apps powered by IBM Watson. Ishrak said more such collaborations could be in the works but that the company has no plans to acquire or develop an AI platform of its own.