How About $100K For A Restful Night of Sleep? 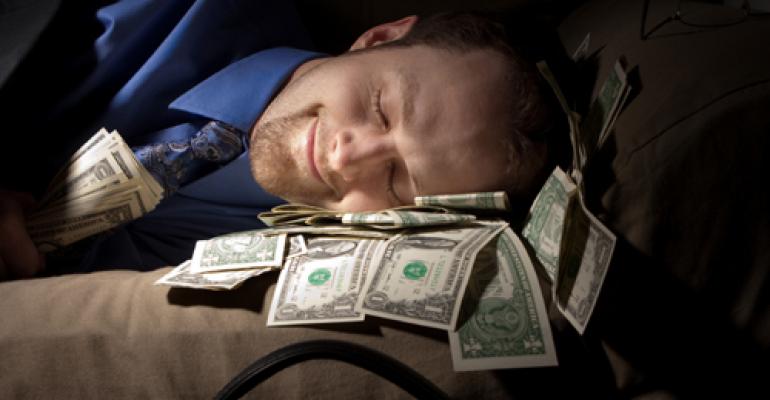 A medical device startup is crowdfunding a disposable obstructive sleep apnea device and looking for $100,000 from patients tired of sleeping with cumbersome masks.

What wouldn't patients of obstructive sleep apnea give for a good night's sleep without hoses and masks?

Marsh is founder and president of Airing and is aiming to develop what is being billed as the world's first first "maskless, hoseless, cordless micro-CPAP device."

CPAP or continuous positive airway pressure masks are the gold standard for treating obstructive sleep apnea, a condition in which the patient involuntarily stops breathing during sleep because throat muscles end up blocking the airway. Left untreated, obstructive sleep apnea can lead to serious health consequences including high blood pressure, weight gain and memory loss, aside from the constant fatigue that results from fitful sleep.

But the major problem with CPAP devices is compliance. The mask is so cumbersome that many patients simply don't wear it.

Enter Airing, which is aiming to disrupt the CPAP world by developing a low-cost, disposable device the size of a slice of orange. And Marsh is taking the product development process to the people. On June 15, the company is launching a crowdfunded campaign on Indiegogo with the goal of raising $100,000 in one month.  [UPDATE - Within two hours of the Indiegogo campaign going live, Airing was able to raise the full amount.]

"Insitutional investors' - venture capitalists - return on investment is a little bit more money in the bank or a lot more money in the bank," Marsh declares. "The return on investment for each of these sufferers of sleep apnea by donating or contributing a little bit of money [to our campaign] is the potential of a longer, healthier life. That's a really good reason to do it."

Marsh said that more than 6.5 million people have visited the company's website and he believes there is consumer appeal for the Airing device.

If Marsh reaches his funding goal, the $100,000 or any amount over it he garners will go toward developing a prototype device. The disposable device are single use devies and will be priced at $3. Provided the device wins FDA clearance and is deemed as a variant of standard CPAP measures, the company expects the cost to the consumer after reimbursement to be 60 cents a day. A physician will need to prescribe the device.

Here's what CPAP wearers need to deal with.

And this is the alternative that Airing has envisioned.

Marsh says that the technology behing Airing — the micropumps — was something he invented were for a different application. But he realized that those pumps could push the right amount of air at the right pressure and thereby could be put into a little device "the size of an orange slice" and placed under a person's nose. That would eliminate the need for hoses and masks that "nobody can tolerate." This discovery made him realize that he would end up helping obstructive sleep apnea patients like his brother.

Now Marsh needs the funds from the crowd to be able to build the prototype and make his vision a reality.

It's not too common for medical device companies to seek the crowdfunding route for investment. Aside from Indiegogo, where Airing's campaign launches on Monday, the other, well-recognized website is of course Kickstarter but it doesn't allow device companies to run campaigns. Health and medtech crowdfunding sites have also begun to come online — Healthfundr, MedStartr — but they don't have the large footprint, name recognition and the success in helping campaigns raise the money that the other two possess.