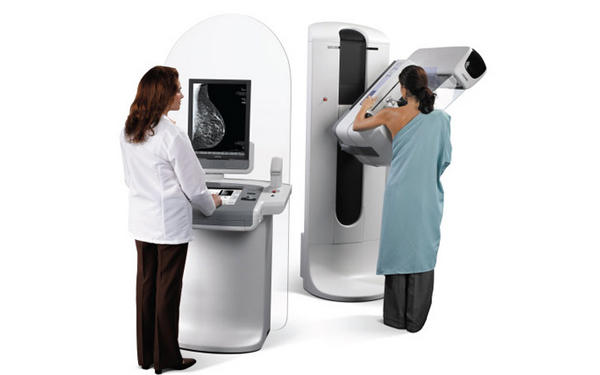 Mammography innovation appears to be driving stellar growth for Hologic, which saw its stock value rise 45% during the first nine months of 2015. The Bedford, MA-based medtech company says it has been seeing accelerated adoption of its FDA-approved Genius 3D mammography systems (shown above), with breast health product sales up 21.5% during the third quarter alone. Hologic boasts that the 3-D imaging is able to detect 41% more invasive cancers than standard 2-D imaging.

Hologic's diagnostics and surgical businesses are also showing broad-based strength, according to the company. For the nine months ended June 27, Hologic on an unaudited basis earned $106.5 million off $2.002 billion in revenue, versus a loss of $10.8 million off $1.870 billion in sales during the same period a year before. The company in late July increased its full-year revenue guidance about $80 million, to a range of $2.687 billion to $2.697 billion.

Indeed, Philips may have been jealous at Hologic's fortunes. In April, Philips hired Hologic's then CEO Robert Cascella to lead its medical technology business. Cascella had helped the company increase its annual revenue by nearly $1 billion in four years.