Hey, TransEnterix, It Ain't Over Until the Fat Lady Sings 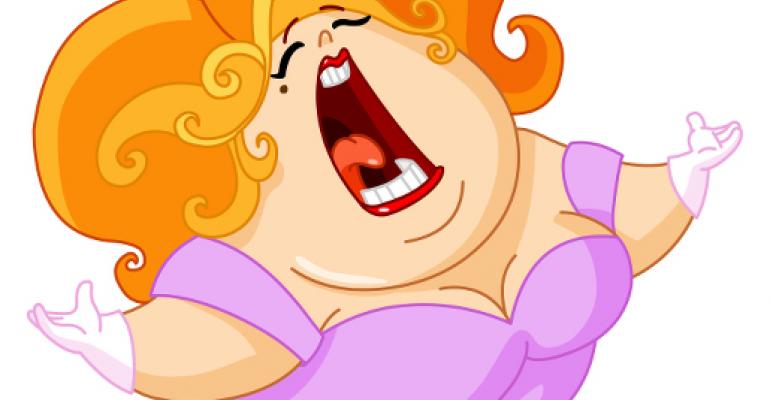 The North Carolina company had communicated far and wide that FDA would clear its surgical robot ushering in a new robotics era. Except the agency didn&#39;t.

The North Carolina company had communicated far and wide that FDA would clear its surgical robot, ushering in a new robotics era. Except the agency didn't.

It's not often that I repeat a headline in a story, but this one is worth hearing again: It ain't over until the fat lady sings.

In a news release Wednesday, surgical robotics company TransEnterix dropped this bombshell: FDA had turned down its FDA 510(k) clearance for the SurgiBot. The FDA clearance was being viewed as a watershed moment given that it would bring Intuitive Surgical's long, solo reign atop of the surgical robotics market to an end.

In rejecting the application, the agency has deemed it not substantially equivalent to predicate devices, the news release noted.

"The FDA's decision is extremely disappointing. We are in the process of reviewing all aspects of the FDA's communication," said Todd Pope, president and CEO of TransEnterix, in a statement. "We will work to complete this review, and will provide an update on the regulatory strategy for the SurgiBot System together with our first quarter 2016 financial and operating results during our quarterly conference call on May 10, 2016."

The question is should Research Triangle, N.C.-based TransEnterix have divined that all was not right and communicated it to outsiders, given that it is a public company. As I worked on "The Robots Have Arrived" story for which I interviewed Pope in mid February, there was no hint that FDA would be a roadblock.

In retrospect, the first hint of trouble was when the upstart robotics company said late last month that the clearance would come by mid April after saying for months that the product would win clearance in the first quarter.  Analysts shrugged off that initial delay -- after all, they trusted management to advise on any hiccups along the way.

Here's how Stifel's Rick Wise reacted to the news of the delay in late March, in a research note entitled SurgiBot Approval Delayed...But Probably Not For Long.

"After checking with [TransEnterix] management, we sense this modestly delayed decision date does not suggest anything incrementally concerning about the ultimate approvability of SurgiBot," Wise wrote on March 28.

Even after my in-depth story was published, an outside representative of TransEnterix contacted me and my editor to see how I would cover the anticipated FDA clearance that was expected "any day now." Clearly that person had no inkling about what was to come.

But could this have been a bolt from the blue for executives at TransEnterix too?

"[Management had previously discussed their submission and felt they had crossed all ts and dotted all i's in terms of making sure the agency was comfortable with the predicate and the data they planned to submit," wrote Sean Lanvin, an analyst with BTIG, in a research note late Wednesday following the startling news from TransEnterix.

A regulatory expert, who had no knowledge of the company's dealings with the FDA or its application, said that most rejections of 510(k) applications are based on inability to prove substantial equivalence.

"Approximately 75% of 510(k) and PMA applications are rejected, and 85% of the 510(k)s that are rejected are because of substantial equivalence," said Michael Drues, president of Vascular Sciences.

The problem is easily solved if there is early communication with the FDA, but many companies don't do so until the actual submission, which is an "amateur mistake," he said.

For a moment let's imagine that TransEnterix did not commit such a rookie error and had regular communication with FDA. If that were true, then the end result of the FDA rejection calls into question the very competency of the clinical team leading the discussion with the agency. Pope will likely be probing this in the coming days even as he has to prepare for answers about SurgiBot during the company's May 10 earnings call.

An analyst -- Gregory Chodaczek with Sterne Agee who has already reduced his estimates for TransEnterix and its stock price targets-- believes SurgiBot won't make it to the U.S. market for another three years.

One lesson out of all this: communicate early and often with FDA to understand its needs clearly and to avoid unpleasant surprises. That way, analysts and investors can be guided accordingly. It ain't over until it is.