Here's the Latest from Verb Surgical 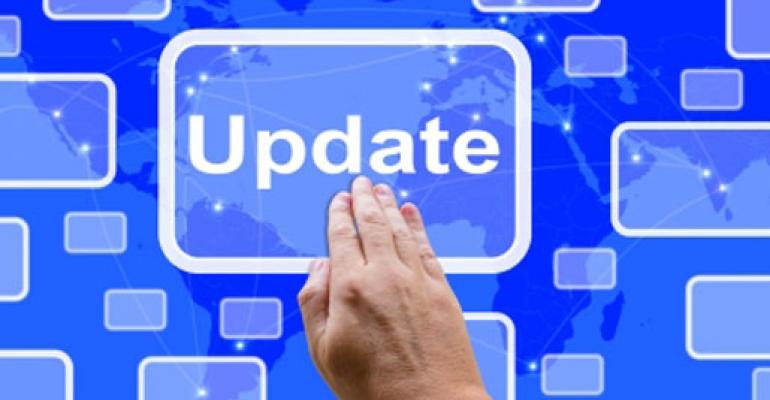 Verb Surgical&#39;s CEO discusses the progress the venture has made in recent months, including the specific challenges being tackled, the company&#39;s evolving culture, and his answer to when the public may get a glimpse of the platform.

Verb Surgical's CEO discusses the progress the venture has made in recent months, including the specific challenges being tackled, the company's evolving culture, and his answer to when the public may get a glimpse of the platform.

In the six months since Scott Huennekens first discussed how Verb Surgical is aiming to democratize surgery, the company has continued its rapid pace of expansion and development. The team remains on track to have a full working prototype of the whole system ready by the end of the year, though a working prototype of the robot has already been developed.

Huennekens, president and CEO of Verb Surgical, told  MD+DI recently that the company is gathering clinician feedback to enhance the original vision of enabling robotics and machine learning for more surgeries at a lower cost. He noted that  over 100 surgeons, some well-versed in robotic-assisted surgery and some with little to no experience in robotic surgery, have visited the venture this year.

Huennekens has likened Verb's approach to digital surgery as a personal computer versus what he sees as the mainframe computer approach of robotic surgery today. "A mainframe is run by the IT department and it has limited functionality. What we need is a PC on every desktop, as Bill Gates said," Huennekens explained.

Engineers and developers working on the digital surgery platform are focused on five elements: advanced robotics, advance visualization, advanced instrumentation, data analytics combined with machine learning and simulation, and finally, connectivity. Delving into a few details on each of these components, Huennekens said the platform's advanced robotics will be more accessible--"always there, always on . . . You just bring up the arms for the couple of steps that you want to do, you move the arms out of the way, and continue on." Improved visualization will allow surgeons to "see more, see easier, and interpret images using machine learning and data analytics," he said.

Because of the relationship with Ethicon, the Verb Surgical platform will include minimally invasive surgery instruments from Ethicon, but as an open platform, will also use other instruments from other makers. "This is going to get physicians access to the best instruments," Huennekens said.

The Google relationship is behind the fourth and fifth elements of data analytics/machine learning and connectivity, Huennekens pointed out. He cited Verb's ability to build off of Google's advanced software and operating systems like Android and Chrome, as well as the cloud aspects from Google Cloud and Google Drive, video via YouTube, robotics research from Google X, and machine learning algorithms like Google Brain, TensorFlow, and DeepMind. In addition, he expects teleproctoring, monitoring, and training to be enhanced with other Google capabilities, like Google Hangouts, Google Translate, and in-development augmented reality and virtual reality technologies.

"So [there's] a tremendous amount of technology available at Google that we can leverage onto our platform to make it--this PC on every desktop--where it's easier to learn, it's easier to use, it's less expensive and accessible. What we call democratized surgery, for everyone around the world," Huennekens said.

The company culture at Verb Surgical has been maturing as well. Earlier this year, Huennekens told a crowd at the Medical Device Manufacturers Association annual meeting that employees, not executives, define and create a company's culture. Now, that culture is starting to coalesce. He told MD+DI recently:

At the beginning, we got everybody a t-shirt that said, "Are You a Verb?" We basically said over the first 30, 60, 90, 120 days, we're not going to definitively define what the culture is. We know that we're going to abide by these 3 Rs of respect, responsiveness, results, but we're really going to work on this together as a team. We've rolled that out and it's continued to evolve and we now call it "I M VRB". The "I" is integrity, the "M" is the "m" in team, "V" is voice--the voice of the patients, the physicians, the employees, the shareholders--the "R" is results, the "B" is bold. We've had a lot of fun with that and it reinforces the way we draw our org[anizational] charts upside down with the patients and physicians on top and I'm at the bottom."

The Verb Surgical full working prototype is still anticipated by the end of 2016, but Huennekens pointed out it won't be unveiled publicly then. The system will be viewed privately by executives from Google/Alphabet and Johnson and Johnson at that time.

So when will the wider medical community get a peek? Acknowledging the public's interest in the system, Huennekens cited competitive reasons for Verb Surgical's continued stealth mode. Naming a number of other companies developing robotic surgery systems, he said, "We've resisted showing what we're doing from a competitive standpoint. As those people start rolling out their systems I think we'd be more inclined to show where we're at and commit to our exact timing of market entry as well."