Here's a Bit of Good News For Medtech Startups 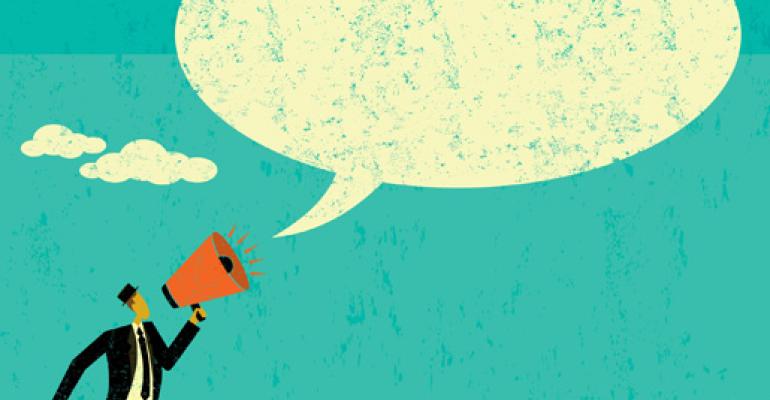 Large, public medtech companies are spending less money on repurchasing shares than they used to preferring to allocate cash to acquisitions and R&D.

Large, public medtech companies are spending less money on repurchasing shares than they used to, preferring to allocate cash to acquisitions and R&D.

Here's a bit of good news for medtech startups (and also for innovation). Large, public medtech companies are using more of their cash for acquisitions while lowering the amount returned to shareholders through share buybacks.

The Pulse of the Industry Medtech Report, the annual medtech report published by accounting firm Ernst & Young, shows that in 2014, companies spent $10.2 billion in repurchasing shares and $5.4 billion in dividends for a total of$15.6 billion in cash returned to shareholders.

The amount spent on share buybacks in 2014 is the lowest since 2010 when large medtechs spent $13 billion to repurchase shares. The same companies spent $4 billion on dividend payments for a total of $17 billion. Meanwhile, cash spent on acquisitions have been steadily growing every year since 2009 and 2010. The graphic below shows that in 2014, large medical device companies spent $37 billion on M&A, up from $15 billion, explained Ellen Licking, lead analyst with EY Lifesciencecs and lead editor for the report. 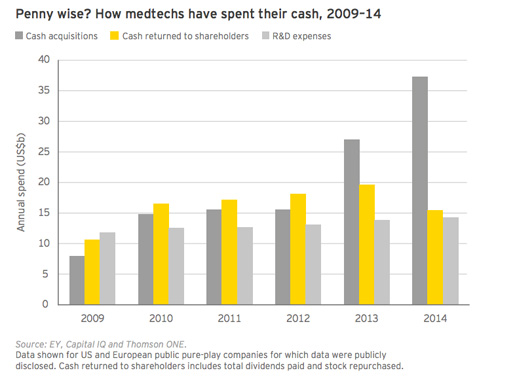 The fact that large medtech companies that are "flush with cash" are moving away from the trend of returning cash to shareholders and spending more on cash acqisitions and slightly more on R&D was a bit surprising, said John Babitt describing the report at the annual conference at AdvaMed in San Diego on Tuesday.

"Interestingly enough what we've seen over the last two years is that companies are taking a step back nd looking at the M&A lens and also look at the R&D lens and actually make conscious decisions to allocate more capital to those two programs," Babitt said.

That suggests a "modest rebalancing of the industry' priorities"  according to the report. And for medtech startups struggling to raise capital, that sounds like sweet music.