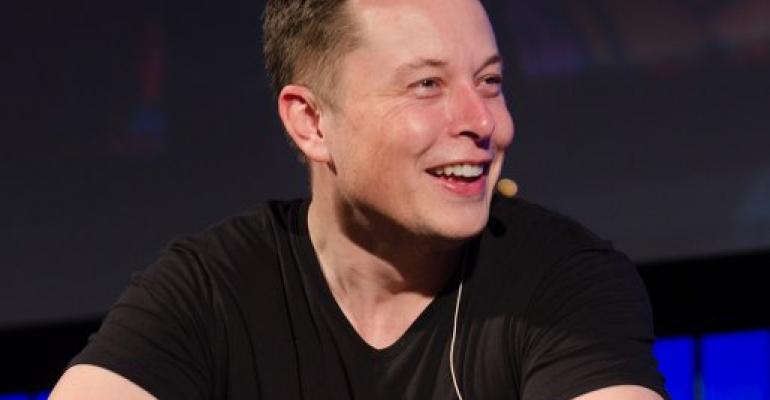 We need someone like the billionaire businessman behind Tesla Motors and SpaceX to tackle the massive problems faced by healthcare systems today.

We need someone like the billionaire businessman behind Tesla Motors and SpaceX to tackle the massive problems faced by healthcare systems today.

We're not even halfway through the calendar, and already 2016 has been a historic year for billionaire businessman Elon Musk. When Tesla Motors, the electric vehicle company he founded and leads, unveiled its Model 3 car in March, orders shot to nearly a quarter million within 24 hours. Then, in April, Musk-founded private space flight firm SpaceX, for which he also serves as CEO and chief technology officer, landed a reusable Falcon 9 rocket on a platform at sea. Every small step he takes is a giant leap for mankind.

While Musk has brought his golden touch to everything from automobiles and space travel to batteries and online commerce (he cofounded PayPal), one industry he has steered clear of is healthcare. But with the population aging and medical costs spiraling out of control, healthcare is perhaps the sector in which his brand of disruptive innovation is needed most.

One reason Musk has been able to drive explosive change in the areas in which he does business is that he's not afriad to aim high. You know that quote about shooting for the moon and even if you miss, you'll land among the stars? He has taken it a step further, reportedly stating a desire to not just put a person on Mars but to colonize the Red Planet by 2040.

It's time for that kind of big thinking in healthcare. Instead of treating cancer, we need people set on eradicating it. Think that sounds like hyperbole? Around 15 million people contracted small pox in 1967, according to the World Health Organization (WHO). Today, the disease has all but been wiped out. In comparison, the WHO estimated there were 14 million new cases of cancer in 2012. Is it really that far-fetched to think we can't rid ourselves of that malady by the time the first galactic pioneers are planting crops on Mars?

While some of Musk's ambitions may sound like  symptoms of megalomania, it's important to note that he realizes he's not going to achieve all these things himself. Take, for example, when he posited the idea of the Hyperloop back in 2013. Envisioned as an alternative to high-speed rail, the Hyperloop could theoretically zip passengers from Los Angeles to San Francisco--a 350-mile journey--in just over half an hour. Although Musk had a team of engineers draw up plans and SpaceX trademarked the name, neither he nor the company has plans to develop the technology. The design is open source, as are all of Tesla's patents. As Musk explained in 2014, sharing intellectual property benefits not just his companies but the entire world.

To solve many of the healthcare problems we face today, industry players will need to similarly start thinking outside of their own companies. To some extent, that's already happening, as evidenced by recent partnerships between medical device makers and other tech firms that seek to advance everything from surgical robotics to diabetes care. But we need more.

Another reason Musk has been so successful is that he simply refuses to fail. He has reportedly ponied up millions out of his own fortune to both launch his entrepreneurial dreams and to keep them afloat when times got tough. He's famously demanding of his employees, and the aforementioned Falcon 9 rocket landing at sea came only after five other rockets crashed and burned in spectacular fashion. Still, he kept at it.

The healthcare challenges we face today are not rocket science. In fact, they may be more complex, so solving them will require even more tenacity. Remember a couple of years ago when Medtronic's renal denervation trial failed and then Boston Scientific put the breaks on its own program and Covidien bailed out of the segment altogether? That's not going to cut it.

But perhaps the biggest reason healthcare needs a figure like Elon Musk is his ability to captivate imaginations. The media hang on his every word, and it's easy to see why Robert Downey Jr. used Musk as the inspiration for his portrayal of Tony Stark in Iron Man. The guy is genuinely inspiring and has undboutedly spurred legions of Musk-eteers who will go on to launch groundbreaking companies of their own.

Let's hope at least one of them sets their sights on disrupting healthcare.

Jamie Hartford is MD+DI's editor-in-chief and serves as director of medical content for UBM Americas. Reach her at [email protected] or on Twitter @MedTechJamie.