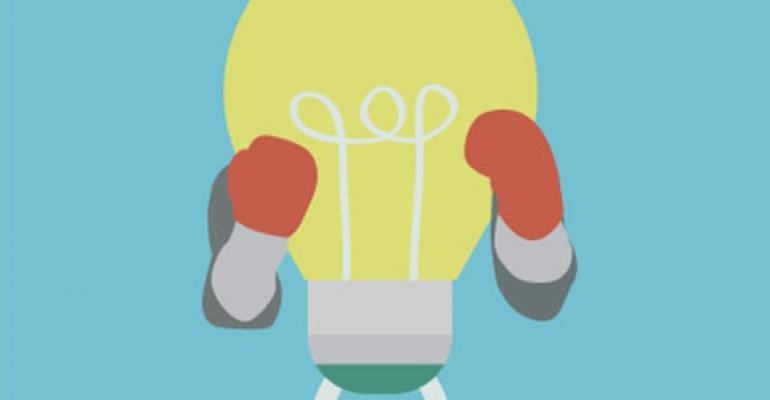 A number of bills have been proposed to try to curb the patent litigation abuse that has impacted many industries, including medtech, but which one achieves the right balance?

The U.S. Senate Judiciary Committee met this week to discuss patent reform and the best approach to curb patent abuse. Legislation has been introduced in the House and Senate to make changes to the patent system to deal with various issues, including one that has dogged the medtech space and other industries—nonpracticing entities (NPEs), or patent trolls. NPEs build up patent portfolios without the intention of innovating in order to bring lawsuits or receive royalties and settlements from companies with products that allegedly infringe those patents.

Legislators and industry representatives all seem to be in agreement that something needs to change, but disagree about the details. Nearly everyone who spoke at Wednesday's Senate Judiciary Committee hearing urged the importance of finding the right "balance." But just what is the appropriate balance? Well, it depends who you ask—not just Republicans versus Democrats, but also the healthcare industry versus the technology industry.

David Dykeman, co-chair of the Global Life Sciencies & Medical Technology Group at Greenberg Traurig LLP and a member of MD+DI’s editorial advisory board, explained last year in an article about patent trolls starting to target the medtech industry:

"The life science industry, which has not generally been the target of NPE litigation, is largely in favor of a strong patent system that makes it is very difficult to invalidate issued patents. On the other hand, the software industry, in which NPEs have been particularly active, wants to make it easier for courts to invalidate issued patents. One reason for this divergence is the different publishing practices of these industries. By publishing its innovations, the life sciences industry creates prior art hurdles that make it harder to patent obvious inventions while at the same time making it easier to knock out improperly issued patents. Because the software industry generally does not publish, it struggles to invalidate patents that it claims should not have been issued in the first place."

The two bills that were most frequently discussed this week are the Innovation Act, reintroduced in early February in the House, and the Support Technology and Research for Our Nation's Growth (STRONG) Patents Act of 2015, introduced in early March in the Senate. Generalizing in broad terms, it appears that the healthcare industry has thrown its support behind the STRONG Patents Act while the technology industry is lobbying for the Innovation Act.

The Innovation Act got through the House easily last Congress but never made it to the Senate floor. Rep. Bob Goodlatte (R–VA), who reintroduced the bill, explains in a press release that the legislation is inteded to make it clear who the patent owner is before litigation, require the party bringing the claim to explain the reason for the claim, require quick court decisions on patent validity, award attorneys' fees to victims if a lawsuit is deemed frivolous, require rules to reduce discovery costs, allow small businesses to postpone patent lawsuits, and require U.S. Patent and Trademark Office (USPTO) to provide education for defendants in abusive patent litigation claims.

After passing the House (325–to–91) in 2013, the Innovation Act was removed last year from the Senate Judiciary Committee's agenda by Sen. Patrick Leahy (D–VT), then chair of the committee. The folks at the Electronic Frontier Foundation (EFF) were incensed, writing in a statement: "Leahy effectively deferred a problem—a serious problem he readily admits exists—in order to please the pharmaceutical, biotech, and university lobbies that are hardly the victims of patent trolls anyway." After reintroduction in February 2015, EFF, as well as other technology industry groups like TechNet and the Consumer Electronics Association threw their support behind the Innovation Act.

At the same time, the Medical Device Manufacturers Association (MDMA) voiced opposition to the Innovation Act, with a statement from Mark Leahey, president and chief executive officer of MDMA: ""MDMA supports balanced and reasonable steps to curb abusive 'patent trolls,' but not in a manner that would thwart the development of medical treatments and the lifesaving technologies of tomorrow. The proposed legislation would have the unintended consequences of weakening the patent rights of innovators, and perhaps most tragically, stifle future investments in promising therapies that would improve the human condition."

The STRONG Patents Act of 2015 was introduced in the Senate by Senators Chris Coons (D–DE), Dick Durbin (D–IL), and Mazie Hirono (D–HI). It aims to target patent abuse in the form of demand letters and pleading standards, as well as to curb fee diversion from the USPTO by creating a new USPTO revolving fund in the U.S. Treasury.

MDMA issued a press release supporting the STRONG Patents Act, with Leahey saying it “targets the concerns of patent holders to end abusive practices, while establishing balance in post-grant proceedings at the PTO and eliminating fee diversion.” CEA, on the other hand, called it "less like real patent reform and more like a patent troll-led effort to draft a ‘fig leaf’ bill for senators to sign on to so they can pretend they are supporting patent reform, while shielding the legalized extortion of the patent trolls."

Details from the Hearing

At Wednesday's meeting, senators heard from Hans Sauer, deputy general counsel for intellectual property at Biotechnology Industry Organization (BIO). He took aim at the America Invents Act, which was passed in 2011 and was the first major patent reform in decades, for forming the PTO's Inter Partes Review (IPR) system. Sauer argued that the IPR system has led to abuse and higher patent invalidation rates. He noted that "questionable entities have begun to approach biotech companies with threats of dragging their key patents into IPR proceedings unless substantial payments are made."

As a representive for BIO, Sauer believes much of the necessary patent reform—such as requiring higher standards for patents and patent lawsuits, shifting costs for frivolous lawsuits, and increasing consumer protections—has already been achieved in the last couple years through court, PTO, Judicial Conference, and enforcement actions. He spoke of his support for the STRONG Patents Act, among others, but said the Innovations Act and certain other proposals go too far. Namely, he believes it would require a burdensome amount of detail for plaintiffs in patent suits, would force delays in litigation, could result in lawsuits being targeted at suppliers instead of manufacturers, and would apply a "losers pay" approach too broadly.

Krish Gupta, senior vice president and deputy general counsel at EMC Corporation also spoke, giving the senators the technology industry's point of view. He disagreed with Sauer's view that much of the patent reform has already been attained through other actions. Gupta commended the Innovation Act's focus on "1) vague pleadings, 2) excessively broad discovery demands, and 3) a lack of financial accountability on the part of losing patentees who bring baseless lawsuits."

Given the differing views of these two industries, it's clear that "balance" will be hard to achieve. Committee Chair Senator Chuck Grassley (R–IA) gave the last word Wednesday, saying "I don't think it's controversial that things need to be done in this area, but it's somewhat controversial even in my home state between various interests. We're going to have to find common ground, particularly in the Senate, to get a bill through the United States Senate."