Has Mylan Paid Enough for Its EpiPen Mistakes?

Mylan finalized a $465 million DOJ settlement in an effort to put its EpiPen drama in the rearview mirror. 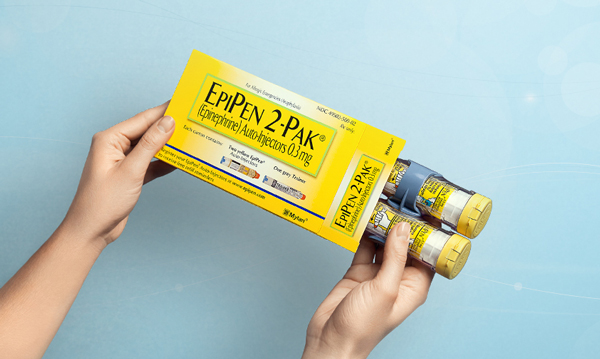 The $465 million settlement agreement that Mylan reached with the Department of Justice 10 months ago for claims that it defrauded the government by overcharging Medicaid for EpiPen auto-injectors has been finalized. Some called the news a win for taxpayers, while others said the drugmaker got off easy.

"As we said when we announced the settlement last year, bringing closure to this matter is the right course of action for Mylan and our stakeholders to allow us to move forward," Mylan CEO Heather Bresch said.

The company was accused of misclassifying the drug-device combo as a generic product with the Centers for Medicare and Medicaid Services when it should have categorized it as a brand-name product. In doing so, Mylan paid state Medicaid programs far less in rebates because the rebate for a generic drug is 13% of the average manufacturer price while the rebate for a brand-name drug is 23.1%. According to the lawsuit, Medicaid spent $960 million on EpiPen between 2011 and 2015 before the rebate and $797 million after the rebate.

In May, the Office of Inspector General said that U.S. Taxpayers may have overpaid for EpiPen by as much as $1.27 billion from 2006 through 2016.

"Mylan's agreement with CMS to correctly classify EpiPen is a huge win for Medicaid beneficiaries and American taxpayers," said CMS Administrator Seema Verma. "... This announcement puts drug manufacturers on notice that CMS remains vigilant in our duty to protect the integrity of the Medicaid program."

Tom Price, MD, Secretary of Health and Human Services, had a similar reaction. "Mylan's agreement to reclassify EpiPen is a tremendous victory for Americans who rely on this important lifesaving device and especially for Medicaid beneficiaries across the country," Price said.

But for many taxpayers, patients, and even a few lawmakers, Thursday's news didn't feel like a win.

Senate Judiciary Committee Chairman Chuck Grassley (R-Iowa) tweeted Thursday afternoon that he was "terribly disappointed with DOJ" for settling with Mylan for $465 million instead of $1.2 billion. "No excuse," he added.

"If you're keeping score, the makers of EpiPen committed fraud, paid a fine of $465 million and kept profits of $805 million. Shares rose," noted Twitter user @Fishbones2017.

Another Twitter user, Jenny Li @jennyjenli, questioned why Bresch, who happens to also be the daughter of Sen. Joe Manchin (D-West Virginia), didn't face criminal charges over the matter: "Mylan fraudulently overcharged the [government] by $1.27 billion yet only returned $465 million [and] no jail time. Big crime really does pay."

From Mylan's perspective, the settlement resolves all potential Medicaid rebate liability claims by the federal government, as well as potential claims by certain hospitals and other covered entities that participate in the 340B Drug Pricing Program. The settlement allocates money to the Medicaid programs of all 50 states and establishes a framework for resolving all potential state Medicaid rebate liability claims within 60 days, the company said.

Bresch touted Mylan's actions over the past year to supposedly level the playing field for patients who rely on the drug-delivery device to save them in the event of a life-threatening allergic reaction.

"Over the course of the last year, we have taken significant steps to enhance access to epinephrine auto-injectors, including bringing a solution to the fast-changing healthcare landscape in the U.S. by launching an authorized generic version at less than half the wholesale acquisition cost of the brand.