Roughly a dozen employees in Google's secretive healthcare division have left the company in the past year, according to STAT. 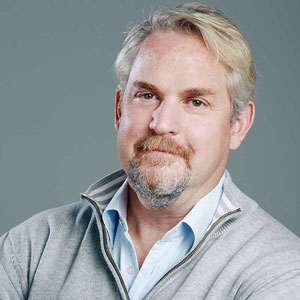 While Google's secretive new healthcare division Verily has made headlines because of its bold technological vision, a considerable number of employees are leaving the company. According to STAT, many are stating that is challenging to work for the company's CEO, Andrew Conrad, who had previously been the chief scientific officer of Laboratory Corporation of America (LabCorp) and the National Genetics Institute.

The company, which has recently affiliated itself with Obama's precision medicine initiative, is having trouble maintaining employees in leadership positions. Some of the employees have left to return to Google itself, including Diane Tang, a "Google fellow"--one of the company's highest ranked employees.

Google's ambitious Calico spinoff, which is focused on delaying human aging, is not facing the same problem according to STAT.

Verily is different than many healthcare companies in that it has no board or scientific advisory board, according to STAT, which quoted an unnamed former employee as stating that the company should be named "AndyCo."

Former employees quoted by STAT lamented that the management of the company seemed chaotic, with big projects seemingly launched without much thought and that the company's focus reportedly shifting to whatever idea appears to be the next big thing. The company's plans are said to be so ambitious that the scientists and engineers working on them find them infeasible. "Verily has become so demanding, erratic, and unforgiving an environment, a former employee said, that he regularly found himself at his desk at 11 p.m., in tears," STAT reports, which also adds that officials at FDA have also had problems dealing with the company.

Some of the most senior people in Google's healthcare division--including Mark Lee, MD; Jean Wang; and Babak Parviz--have left the company to work for competitors.

Nevertheless, the company also managed to hire a former director of the National Institute of Mental Health, Thomas R. Insel, MD, who is overseeing the company's push to find new ways to detect and treat mental illness.

One prominent Verily collaborator, MIT professor and biomaterials innovator Robert Langer told STAT that the company had "a fairly visionary group" of employees. Langer was also upbeat about his collaboration with the enterprise, a cancer-detecting project known as Entrega. When STAT asked about the recent employee turnover at the company, Langer replied that the company was  "certainly moving very fast, so there may be growing pains."

Meanwhile, the details of Verily's plans remain largely guarded from the public view. A couple of projects, however, have been announced: there's the collaboration with Johnson & Johnson on surgical robotics (now known as Verb Surgical), the partnership with Novartis on smart contact lenses for monitoring diabetes, and a study called "Baseline" that plans on studying 10,000 people over five years to quantify what it means to be healthy. Determining that benchmark could then be used to help detect the early signs of cancer and heart disease.

Also, the company is working on two wristbands. One can detect levels of diagnostic nanoparticles while another is more of a continuous health monitor--gauging metrics such as skin temperature and pulse.