Innovation in pricing and partnerships is driving growth in the image-guided surgery segment. 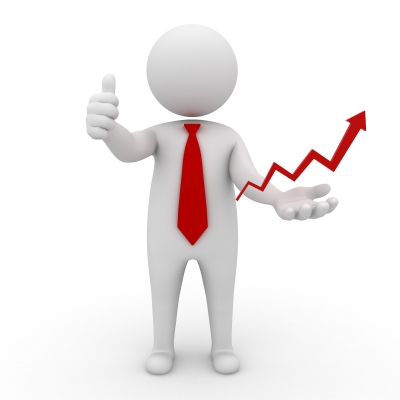 Image-guided surgery has expanded over several decades from a technology geared toward neurosurgery to one with a wide array of procedural applications. Although dominated by several established companies, the market continues to see growth in the United States and Europe as spinal; ear, nose, and throat (ENT); and orthopedic (hip and knee) applications are promoted among surgeons and medical institutions. Established players in the market are looking toward new markets for expansion, particularly in the Asia-Pacific region. China and India are forecast to see significant growth in sales of surgical navigation units.

Most of the companies involved in the surgical navigation segment, such as Medtronic, Brainlab, and Stryker, are global firms with an established customer base and a diverse array of products. In addition to taking advantage of established relationships in new markets, size and structure will allow these companies to adapt to new technologies, which could represent future competition to image-guided surgery.

While navigation has become the standard of care in neurosurgery, the industry has seen obstacles to adopting the technology for other procedural areas. Setting up a navigation system can extend procedure times by up to 10 minutes. That can negatively impact spinal and orthopedic surgeons and facilities, which are usually reimbursed based on the number of procedures and not their length. As a result, these facilities may often be hesitant to make the significant investment in a navigation system. This is especially true in newer markets, such as those in India and China, where navigation is a relatively new technology for such procedures and is mainly used by institutions in large, urban centers.

Pricing
Due to the relatively high average selling prices of navigation systems, companies have been incentivized to develop more affordable options. Examples include more compact and portable systems, along with rental and lease options for more expensive systems. A major strategy for increasing accessibility for navigation systems of all prices has been the practice of bundling. Companies that produce spinal and orthopedic devices, such as Stryker and Medtronic, have been able to bundle their navigation systems with contracts for other products. This also allows these companies to ensure compatibility for products with which spinal and orthopedic navigation systems are usually used, such as implants and screws. The orthopedic segment for hip and knee procedures has seen the most significant bundling, with only around 30% of system placements being direct sales.

In addition to spinal and orthopedic procedures, the ENT segment has seen increased interest since the appearance of lower-priced systems. Although ENT applications exist for most systems with neurosurgical and spinal applications, the fact remains that ENT departments usually have tighter budget constraints. As most ENT procedures have traditionally not required navigation systems, departments without access to larger systems require strong incentives to make this investment. Currently, the majority of the ENT procedures using navigation are functional endoscopic sinus surgeries (FESS) and skull base surgeries. However, only a tiny proportion of these procedures are currently being performed with navigation, giving this segment growth potential. 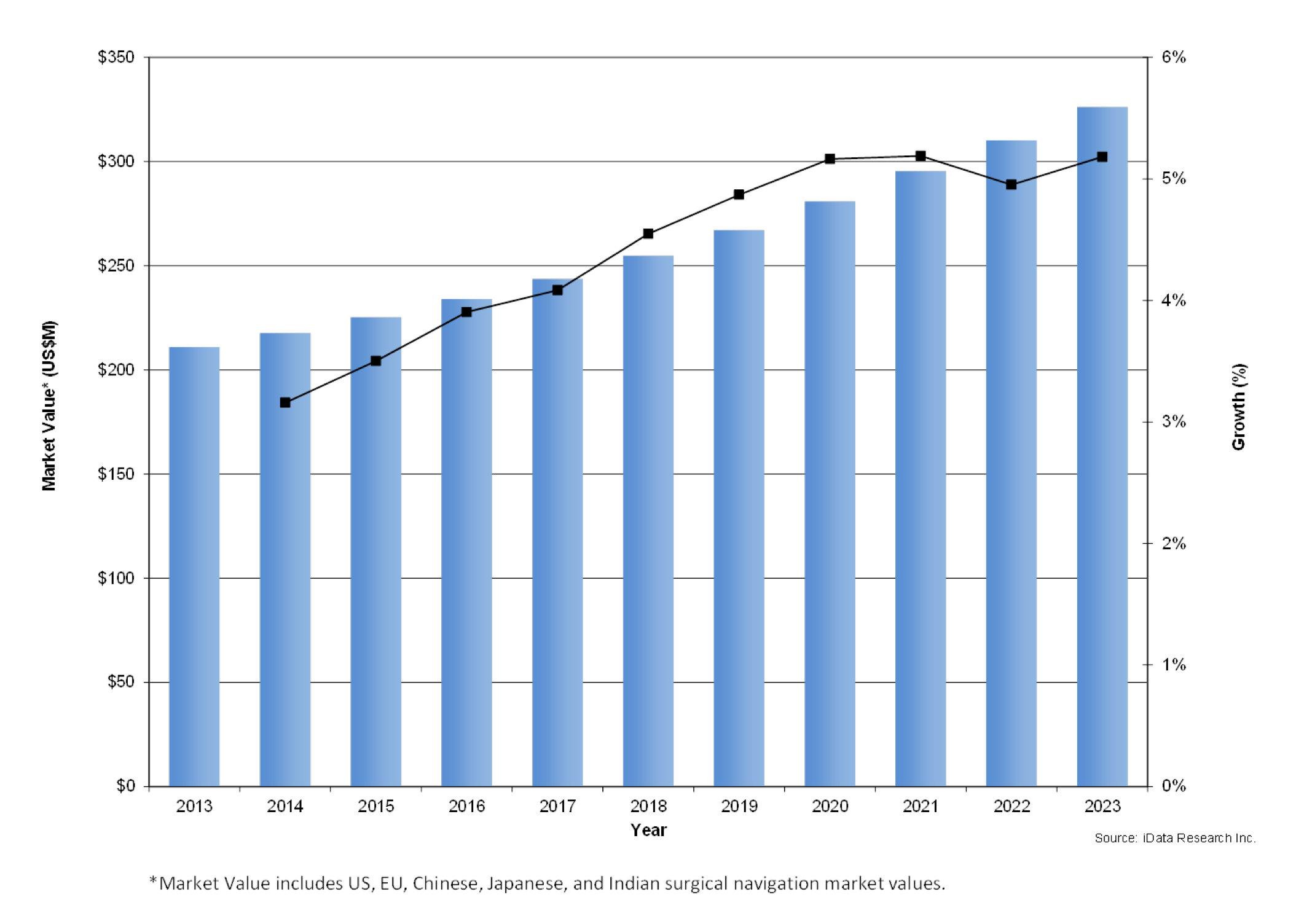 Shown is the projected value of the surgical navigation market through 2023.

Competitor technologies are also a factor that can limit growth.  Patient-specific cut blocks, which incorporate preoperative imaging to increase the accuracy of alignment during total knee arthroplasty, had previously gained popularity as an alternative to navigation. However, this trend has slowed as some hospitals concluded that image-guided surgery presented a more cost-effective option. In terms of current emerging technologies, robotics has garnered a high degree of attention across segments. In addition to Intuitive Surgical's minimally invasive system, companies such as Medtech, Mazor Robotics, Stryker, and others have promoted surgical robotics technologies in neurosurgical, spinal, orthopedic, and other procedures.

Marketing strategies for surgical navigation companies necessarily differ for markets in the Asia-Pacific region, where the technology is not as firmly established. In the United States and Europe, the upgrade and replacement market is more important, since the technology has existed long enough that older systems are coming to the end of their lifecycles. In addition, companies have released newer and more integrated systems over the past decade. This is especially true for the neurosurgery market, in which navigation has become the standard of care. Conversely, almost all growth in India and China is driven by new system sales, with rentals and leases being expected to grow in proportion over the next decade.

The industry has also seen strong partnerships develop between established firms. Brainlab, in particular, has established partnerships with multiple leading orthopedic implant manufacturers in order to ensure that their products are compatible with its navigation technology. Other firms in the global market have taken steps to establish a presence in competing technologies in addition to navigation. This has become a significant driver for the acquisition of robotics companies. Stryker, Smith & Nephew, and Zimmer Biomet have all acquired robotics companies, and Medtronic has established a partnership with Mazor Robotics. In addition to bundling of navigation systems, these partnerships and acquisitions are expected to continue being a significant trend in the surgical navigation systems industry.

Conclusion
The navigation industry continues to see growth in the United States and Europe, and is expected to grow significantly in the Asia-Pacific region. The presence of several large and established firms has kept the average selling price from decreasing but has also allowed companies to employ sales strategies related to partnerships and bundling in order to improve accessibility. The technology has moved far beyond its neurosurgical origins and is expected to see growth in the spinal, ENT, and orthopedic segments. Nevertheless, navigation companies will continue to keep an eye on the emergence of robotics and other competing technologies in order to achieve global growth in the next five years.

Kamran Zamanian, Ph.D., is president, CEO, and a founding partner of iData Research He has spent over 20 years working in the market research industry.