GE Sends Health IT Asset to the Chopping Block 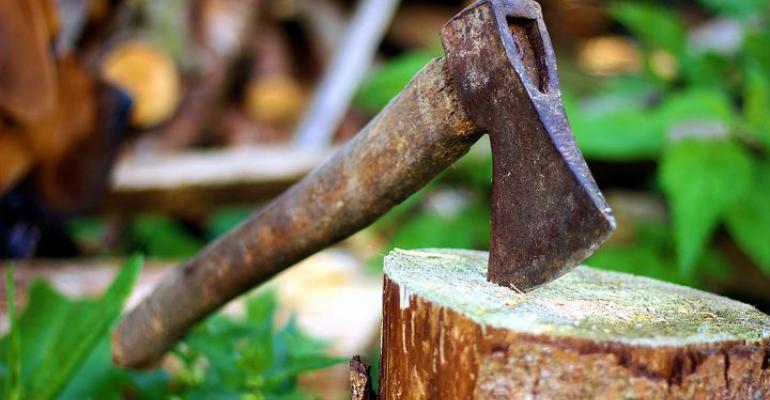 Health IT security firm Imprivata has acquired a segment of Caradigm from GE Healthcare. The deal comes just days after GE announced plans to sell off $20 billion worth of assets over the next one to two years.

When all else fails – reboot. John Flannery, the new CEO of General Electric appears to be applying that familiar IT mantra to GE's business model.

Tasked with reporting the company's "completely unacceptable" third-quarter earnings, Flannery didn't mince words during last Friday's call with analysts as he called for "major changes." Flannery, who took over as CEO on Aug. 1, said GE will shed more than $20 billion worth of assets over the next one to two years.

"We know what the issues are. We know what we need to do to fix them, and I'd characterize this as largely a self-help story," Flannery said. "From here forward, we reset the company for a better future."

In the company's quest to right the ship, he and his team are leaving no stone unturned, and that includes assets that fall under the GE Healthcare umbrella.

On Wednesday, health IT security firm Imprivata said it has acquired the identity and access management portion of Caradigm from GE Healthcare. Bellevue, WA-based Caradigm will continue to operate as a population health management and predictive analytics company.  Financial details of the sale were not disclosed.

“We view Imprivata’s acquisition of the Identity and Access Management business as a very positive transition – making both companies stronger," said Neal Singh, president and CEO for Caradigm.

For Imprivata, the deal serves as a catalyst in expanding its market reach and its authentication and access management portfolio, according to Gus Malezis, president and CEO of Imprivata. It also provides an opportunity for the firm to expand its relationship with GE Healthcare, he said.

It may be too early to predict how deeply GE's cuts will impact its healthcare franchise, but Flannery did provide some context regarding how he and his team are evaluating which businesses will stay and which will go over the next year or two.

"Can they compete? What's our competitive position? What's going on in the end markets? What are the returns on capital? How much capital does each business consume? How much management bandwidth do these businesses consume? And as you start to array our entire portfolio which is large and complex and we want to simplify that," he said. "There are a number of assets, some performing well, and some not performing well, that we just don't want to stay with over time. They are good companies that might have a better home somewhere else."