First-Time Entrepreneur: I Am Not Currently Looking For Money 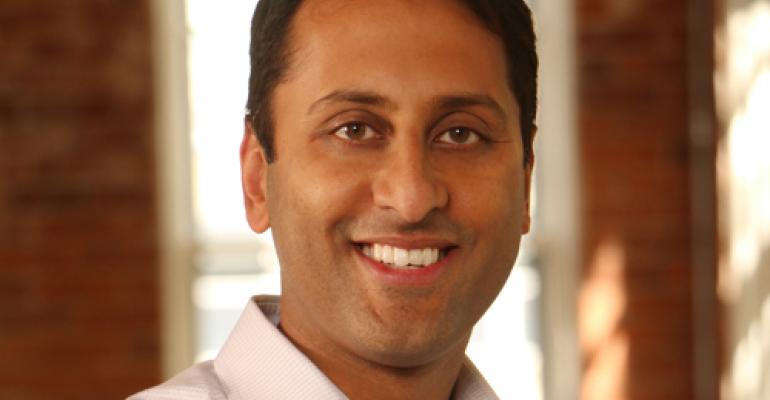 A novice entrepreneur believes that his startup's endoscopic procedure may give Type II diabetes patients better glucose control than insulin and a whole host of diabetes drugs.

"I am not currently looking for money."

It's not very often that you hear an entrepreneur - a first-time entrepreneur to boot - declare that he is not in fundraising mode. Many in the venture capital and startup world swear by the "always-be-raising" mantra.

But Harith Rajagopalan, co-founder and CEO of Fractyl Laboratories, a startup aimed at treating Type II diabetes through an endoscopic procedure, has reasons for confidence.

The Waltham, Massachusetts, startup has raised $60 million till date, including a $40 million round raised in September from Mithril Capital Management, General Catalyst, Bessemer Venture Partners and Domain Associates.

In a recent interview at the JPMorgan Healthcare Conference in San Francisco, Rajagopalan said that Emergent Medical Partners, one of whose managing directors is prominent medtech entrepreneur Thomas Fogarty, has also become an investor.

All these investors are banking on the belief that Fractyl's Revita Duodenal Mucosal Resurfacing - an endoscopic procedure where a portion of the duodenum mucosa is ablated under visualization - will prove to be a better way to improve glycemic control of diabetes patients.

But they are also banking on Rajagopalan.

He is self-assured but not smug, articulate but not glib, and confident about his technology even while acknowledging competitors.

Further, his resume is stellar - a physician-scientist and academic cardiologist, he has a Bachelor's of Science from Stanford University and an M.D. and Ph.D. from John Hopkins School of Medicine. He is an award-winning researcher too.

But the pull of translating research into commercially available treatments proved to be irresistible.

Rajagopalan spent some time in the world of venture capital at Third Rock Ventures to understand how it works. Later he became a consultant at General Catalyst before becoming an entrepreneur-in-residence with the firm.

Fractyl, founded in the fall of 2010, was conceptualized at General Catalyst. A little over four years and $60 million later, the company is currently enrolling up to 50 patients at 10 medical centers in Europe to test the Revita DMR procedure.

The science behind Fractyl's procedure lies in the belief that digestive causes lead to Type II diabetes.

"I stumbled upon some literature that showed that bariatric disease surgery can have this profound anti-diabetic effect that seem to be not to be due to weight loss and ... I was convinced that we should think about what bariatric surgery is teaching us about how we become diabetic in the first place and what the root cause of insulin resistance might be," Rajagopalan said.

He added that a "lifetime of exposure to fat and sugar causes damage to the duodenum and that is manifest as a hypertrophy or overgrowth of the mucosa," and treating it endoscopically by ablating 9 cm of the duodenum mucosa has the potential to improve glucose control in patients struggling to manage the disease.

Another company has an approved endoscopic procedure in Europe to treat both obesity and uncontrolled Type II diabetes. GI Dynamics' EndoBarrier leaves behind a temporary implant in a person’s intestine that prevents food from coming in contact with digestive enzymes. Clinical data has shown that the device affects satiety as well as insulin sensitivity and glucose metabolism among other things, according to GI Dynamics’ website.

While acknowledging GI Dynamics' success in commercializing EndoBarrier, Rajagopalan points to several differences between the two company's approaches as well as with other endoscopic procedures.

"Our thermal ablation doesn’t leave behind an implant in the GI tract and it does not require endoluminal suturing or endoluminal surgery that the other types of laparoscopic or endoscopic surgeries require,” he said.

The goal of course is to see an improvement in A1C results, which measures the average blood glucose in the previous two to three months, according to the American Diabetes Association.

Fractyl has achieved that in a small pilot trial. A feasibility study at a single-site in Santiago, Chile showed that the Revita DMR procedure led to a more than 2 percentage-point drop in A1C levels by three months following the procedure. Patients who were followed for up to six months were able to maintain their improved A1C levels.

The European study that is currently enrolling patients aims to answer harder questions like whether lower A1C levels can be sustained and whether patients can be taken off of drugs, Rajagopalan said.

Later a larger, randomized sham control study will be conducted so that Fractyl can apply for CE Mark next year.

If Rajagopalan and the company are successful in bringing to market a safe and effective diabetes management procedure, it will benefit both patients and physicians struggling to control the chronic disease.

"I had clinically been motivated by the fact that Type II Diabetes was a major clinical frustration, and frustrated by the fact that drugs and insulin were having such a hard time in achieving population level control of diabetes despite the fact that many new classes of drugs had come out year after many years, Rajagopalan said. "My patients were frustrated by an increasing management burden and yet there really was no other option than to ask patients, to convince and to cajole them to work harder at their disease."

But better still, if successful the procedure has the potential to be a huge boon to the healthcare system burdened by the expense of treating Type II diabetes patients who suffer from a whole host of complications many of them arising out of poor glycemic control.

Rajagopalan contends that roughly 75% of that annual cost of $245 billion is due to those litany of complications that include stroke, hypertension, cardiovascular disease, amputations and kidney disease.

"When we formed Fractyl, we formed it around the simple premise that we want to reduce the burden of disease management on patients, we want to empower physicians with new technology to actually improve the health of their patients rather than chronically co-manage the disease and the by way we get to lower the cost of the expensive complications of the disease in the process."