Globus Medical has secured 510(k) clearance for its Excelsius GPS robotic guidance and navigation system, intended for use in orthopedic surgery and neurosurgery. 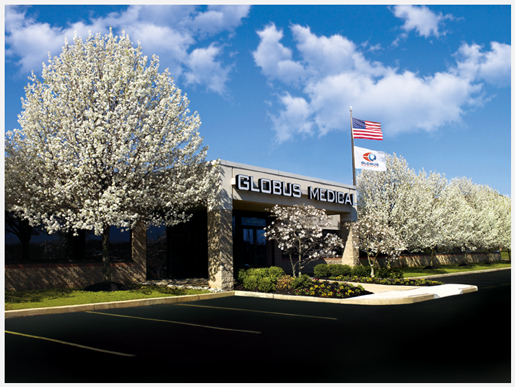 Another robotic surgery system is here.

Globus Medical announced that FDA has cleared its Excelsius GPS robotic guidance and navigation system. The system, which also received CE Mark in January 2017, features an open design for use with Globus Medical implants and instruments.

The platform will be used for orthopedic and neuro applications, including for screw placement in spine and orthopedic surgery, according to a press release. Its design also allows for imaging before and during surgery.

"Excelsius GPS is the culmination of years of research and development efforts and demonstrates  superior product development capabilities," Norbert Johnson, vice president of Robotics, Imaging, and Navigation at Globus Medical, said in the release. "We believe the Excelsius GPS System will advance patient care and provide tangible benefits for surgeons and hospitals in terms of time, accuracy and reduced radiation exposure through the application of robotic and navigation technology in spine and orthopedic surgery."

In January 2014, Globus Medical acquired Excelsius Surgical. Excelsius Surgical was developing the Excelsius system with Dignity Health's Barrow Neurological Institute at St. Joseph's Hospital and Medical Center in Phoenix, AZ. The system's FDA clearance was initially expected earlier this year, but the agency requested that the system's application be resubmitted. The company's management team told analysts on the latest earnings call that the application had been resubmitted in June and clearance was anticipated during the third quarter.

Craig W. Bijou, senior analyst at Wells Fargo, wrote in an August 17 research note, "The clearance will allow GMED to perform all of the minimally invasive spine procedures it expected on the robot and gives the company the potential to move into trauma and cranial procedures on the robot in the future."

Pointing out that the clearance was ahead of schedule, Bijou wrote that the company's sales team is poised to begin the selling process. This timing may mean the system can be introduced before plans for annual capital equipment budgets are set for hospitals, he noted.

Globus Medical is also adding to its robotic portfolio. The company recently announced that it had closed its acquisition of Switzerland-based KB Medical, SA, a robotic developer.