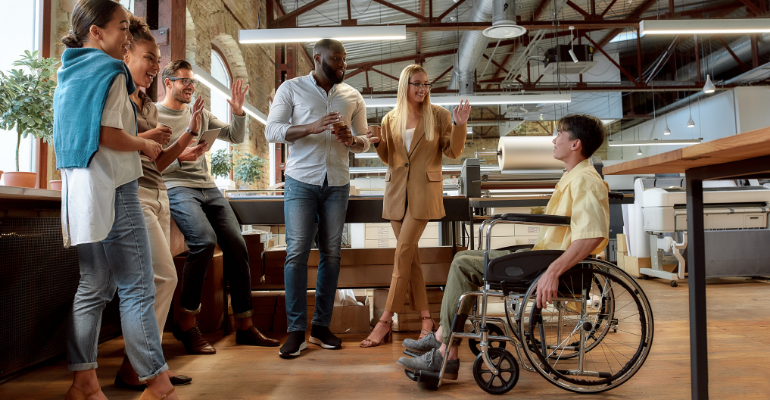 Does the "fail fast, fail often" maxim apply to diversity and inclusion initiatives in medtech?

By now most of the medtech community is familiar with the concept of "fail fast, fail often," essentially means that embracing failures will lead to learning, which ultimately leads to better innovation. But should this philiosophy apply to diversity and inclusion (D&I) efforts in the medtech industry?

This was one of the many interesting topics discussed this week during the session, "The New Faces of Leadership in Medtech" during MD&M BIOMEDigital. 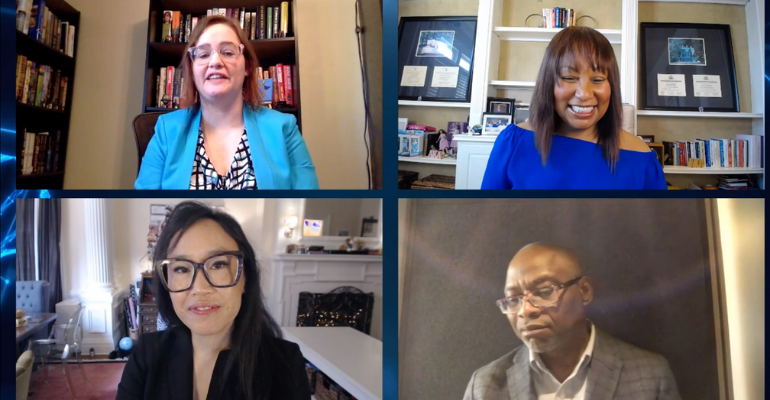 At Boston Scientific, a team led by Chief Diversity Officer Camille Chang Gilmore, was shocked by her reaction to the company bombing a diversity and inclusion survey early on in the development of their D&I strategy. They looked at her like she was crazy, Gilmore recalls.

"They said, 'Camille, we didn't do well,' and I said, ‘That’s great, because guess what? We’re going to take the survey results, the deficiencies, and we’re going to incorporate it into our strategy.'"

She recognized that those survey results would give her team a direction and tell them what they needed to be doing to make progress, she told MD&M BIOMEDigital attendees on Tuesday.

“We had a north. We knew where we were going, and we knew what we wanted to achieve, but more importantly we knew the people we needed to go get to become champions and help us move the work," Gilmore said. "Because one of the things I can tell you is you do not move this work alone. If you are a chief diversity officer and you think that you’re the one who’s going to be moving this work, you are so mistaken. It takes a village. It takes a community. It takes the community of the company to really embrace it."

The strategy paid off for Boston Scientific. In 2018 the company created Boston Scientific announced a new set of D&I goals for 2020 alongside the release of more demographic data on its employees than the company had ever made public previously. The goals are part of the company's Close the Gap program — which was actually established 15 years ago — with the intention of strengthening the core of the organization (middle management levels) across a number of D&I fronts, including gender and race/ethnicity. The company has already achieved many of the initial goals under that program (more on that below).

But embracing failure is easier said than done — especially for anyone working on the clinical side of the industry.

"We have taken that saying from Silicon Valley and it's this concept of agilis adaptability, but how does that apply to healthcare? I think we really need to think hard about that because healthcare doesn't like to, and is not set up to 'fail fast and fail hard,' ... in medical devices it is a very deliberate quality-oriented process, and then healthcare, in the hospitals, it is a fast-pace, chaotic [environment], but also if you fail the consequences are dire," said Jennifer Joe, MD, a Boston-area physician, medtech entreprenuer, and principal at Vanguard Health. "So we have to really understand what 'fail fast, fail hard' means and how we adapt it to where we are."

So for the hospital, Joe thinks the number one priority is understanding what failure actually is to create a safe space for hospital staff to discuss failures. For example, when something does go wrong clinically, there needs to be a safe space for the staff to discuss what happened, what could have been done better, she said. Then, Joe added, there needs to be a way to ensure this policy surrounding such a space is implemented institutionally. It can't just be something where two or three people are told to just go over to a corner of the hospital on their free time to discuss the event. Perhaps every morning the entire emergency room staff gathers to discuss how the previous day went, if there were any key incidents, and what could be done about those incidents to avoid a repeat, she said.

"I think that's what we have to think about in terms of 'fail, fast fail hard,' but also in terms of diversity and inclusion and equity, which is creating a safe space to have that conversation," she said. "I don't totally know what it looks like ... I think fundamentally it's allowing different groups to communicate how they're feeling."

"It's not a matter of quotas," said Ibraheem Badejo, PhD, senior director of new ventures, at Johnson & Johnson Innovation. "What we’re doing also is every leader has a goal (related to) DE&I. That shows a commitment, and we have to be ready … definitive goals … at J&J there is a group to which every single employee can find that sense of belonging whether it’s the LGBTQ+ group, Asian-American group [etc.]. This allows our community to have an engagement and each of them have a sponsor at the executive level so that conversation is not just limited to that ethnicity or that diversity group, but that communication is actually moved up within the organization."

When Badejo says there's a group for everyone at J&J, he's not exaggerating. The company has 12 enterprise-wide employee resource groups that connect and engage employees across the company to develop their potential, build relationship capital, and drive an inclusive environment and culture. These groups are designed to focus on shared identities/affinities and experiences, and look to apply those perspectives to initiatives that create value for all of Johnson & Johnson. Examples include the Veterans Leadership Council, Open&Out, and the Alliance for Diverse Abilities. 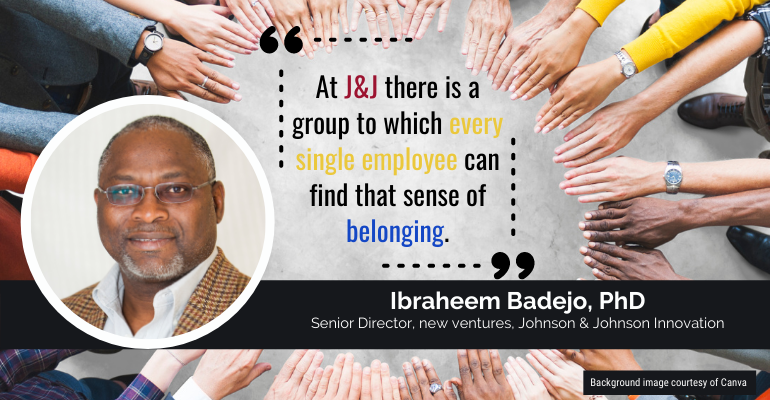 In 2019 an impressive 95% of J&J colleagues completed unconcious bias training, and in 2020 the company held "Raise Your Voice Global Dialogue Sessions" in more than 20 countries to spark transparent, regionally relevant dialogues around racism and social justice.

"But I like to bring it home and look at our leadership within Johnson and Johnson, which to me is really invigorating to know that diversity is not just at the middle level, it’s at the VP levels … at the executive level we see men and women, people of color," he said. "...And when we're hearing from our executive leadership you hear different accents, which is key because that to me affirms that the leadership is not just Anglo Saxon Americans, it is global."

As mentioned above, Boston Scientific has seen a great deal of success in this area with its 10/20/40 goals. The "10" part represents the company's desire to be a top 10 recognized leader for workplace inclusion in key focus areas (women, people of color, people with disabilities, and members of the LGBTQ community) — which it now is. The "20" is for the company's aim to increase representation of people of color at supervisor and manager levels in U.S. and Puerto Rico locations to 20% (up from 17.8% at the end of 2017) — another goal that was achieved. Finally, the "40" pertains to Boston Scientific's goal for women to make up at least 40% of its middle management workforce (up from 37.4%). Gilmore said the company came in at 39.9% on that goal. She laughed and said that some might call that a "rounding error," but it's important to be authentic and transparent about those numbers.