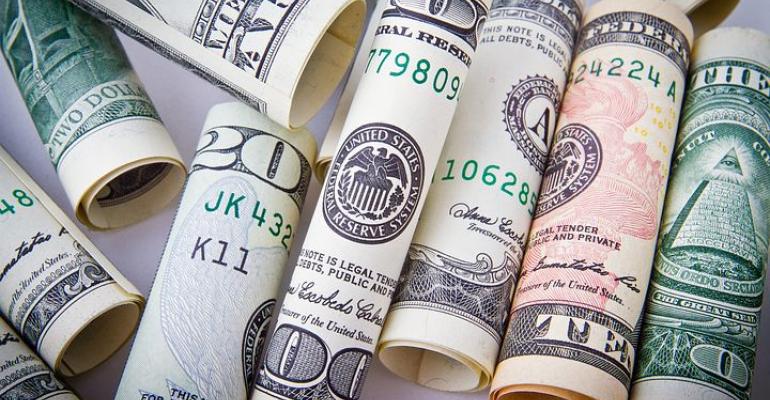 Boston Scientific has been on quite the shopping spree in 2018. The Marlborough, MA-based company has announced eight acquisitions since the beginning of the year, plus a hefty investment in Millipede, which is likely to lead to an acquisition within the next year or so.

Naturally, the company's aggressive M&A strategy has attracted attention from industry analysts who are eager to see if this spree will continue in 2019. During the company's third-quarter earnings call on Thursday, CFO Daniel Brennan said Boston Scientific still has a "tremendous amount" of financial flexibility. Looking at 2019 and 2020, Brennan said he expects cash flow to be north of $2 billion in each of those years.

"That still gives us ample capacity to be able to continue to execute our strategy, which is category leadership. So, I would look for us to continue to do acquisitions that fill out the portfolio," he said.

For the transactions Boston Scientific has announced this year (including the Millipede investment), the company has spent about $1,560 upfront, and agreed to shell out up to $2,432 total once milestone payments are factored in.

Here's a quick refresher of the company's deal activity so far this year.

In January, Boston Scientific purchased $90 million in Santa Ana, CA-based Millipede, a company that has developed the Iris transcatheter annuloplasty ring system for the treatment of severe mitral regurgitation (MR).

The two companies also reached an agreement giving Boston Scientific the option to acquire Millipede at any time prior to the completion of a first-in-human study that meets certain parameters. After the study, Millipede has the option to compel Boston Scientific to acquire the remaining shares of the company. Each company's option period is good through the end of 2019.

If Boston Scientific does acquire Millipede, it would be for an additional $325 million at closing, plus a $125 million commercial milestone payment. Click here to read more about this deal.

In March, Boston Scientific officially kicked off its M&A streak by agreeing to buy London-based EMcision for an undisclosed sum. The deal gives Boston Scientific access to the Habib EndoHPB probe, an endoscopic bipolar radiofrequency device. The technology has received FDA clearance and CE mark and is used in the treatment and palliative care of patients living with pancreaticobiliary cancers. Click here to read more about this deal.

Next, Boston Scientific acquired Securus Medical Group, which has developed a thermal monitoring system for the continuous measurement of esophageal temperature. The company became an investor in Securus in 2016 and paid about $40 million in cash for the remaining stake, and agreed to pay up to $10 million in payments tied to regulatory and commercial achievements.

Boston Scientific announced in April it would acquire Maple Grove, MN-based NxThera for about $406 million. The transaction consists of an upfront cash payment of $306 million, and up to an additional $100 million in potential commercial milestone payments over the next four years.

NxThera has developed the Rezūm system, which is a minimally invasive therapy for the treatment of symptoms arising from benign prostatic hyperplasia (BPH). The system was cleared by FDA in 2015 and has CE mark. Treatment with the Rezūm system is typically performed in a physician's office without general anesthesia and uses water vapor to remove excess prostate tissue thereby alleviating obstruction to flow, which helps reduce BPH-related symptoms. Click here to read more about this deal.

Also in April, Boston Scientific agreed to acquire nVision Medical, a private company focused on women's health. The deal for of an upfront cash payment of $150 million, and up to an additional $125 million in potential clinical and commercial milestones over four years.

nVision’s device collects cells from the fallopian tubes, offering a potential platform for earlier diagnosis of ovarian cancer. Click here to read more about this deal.

July brought the acquisition of Carlsbad, CA-based Cryterion Medical, a company developing single-shot cryoablation platform for the treatment of atrial fibrillation (AF). Boston Scientific had previously invested in Cryterion, and agreed to pay $202 million upfront for the 65% remaining stake in the company.

The Cryterion Medical cryoablation platform uses cryothermal energy to interrupt the irregular electrical signals that can cause AF. Click here to read more about this deal.

Also in July, Boston Scientific announced its intention to buy Claret Medical for about $220 million in upfront cash and a potential reimbursement-based milestone payment of up to $50 million.

August brought news of the Veniti acquisition, which calls for $108 million upfront and up to $52 million in future payments, contingent upon FDA approval of the VICI stent system that Veniti developed for treating venous obstructive disease.

Fremont, CA-based Veniti is another company that Boston Scientific previously invested in. Click here to read more about this deal.

In September, Boston Scientific announced its acquisition of Bedford, MA-based Augmenix, a private company that has developed the SpaceOAR, a device intended to reduce common side effects for men who undergo radiotherapy prostate cancer. In addition to the $500 million paid upfront, the deal calls for $100 million in sales-based milestone payments. Click here to read more about this deal.