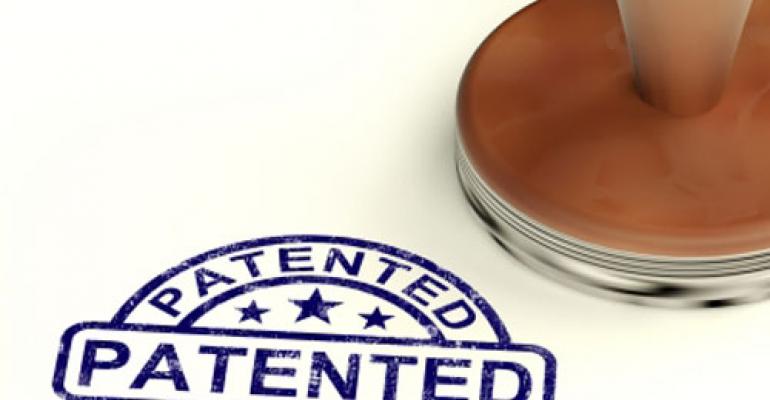 Criticizing the methodology of a recent survey that led to the conclusion that patent licensing doesn't mean innovation.

Criticizing the methodology of a recent survey that led to the conclusion that patent licensing doesn't mean innovation.

An MD+DI blog post by Arundhati Parmar this past March, titled “You Think Patents = Innovation? Wrong,” accepts at face value the assertions made by law professors Robin Felman and Mark Lemley in their article “Does Patent Licensing Mean Innovation?” The blog post highlights these authors’ “rather explosive argument that patent licensing … does not really lead to innovation.” However, the problem with the article by these authors, as with other articles purported to establish that patent enforcement stifles innovation, is that it is based on a flawed, biased, and selective survey of parties mostly interested in producing the particular end-result of the survey.

In attempting to investigate how technological developments were influenced by the licensed patented technologies, the Feldman & Lemley study “surveyed” 188 entities and set a straw man of the role of “patent intermediaries;” asked incomplete questions of an incomplete set of parties and entities; and ignored the most relevant empirical data sources, information on the specific patented technologies associated with the patents asserted or licensed. For example, soliciting responses from attorneys, contract managers, and in particular self-identified membership in advocacy groups such as the Internet Association, the Computer and Communications Industry Association, or the Coalition for Patent Fairness is one of the methods for constructing the sample. (Note: The authors do not disclose the support for their research or whether any of these organizations sponsored this “survey.”) This hardly reaches the entities and the technologists and engineers that actually adopted the associated patented technologies that were licensed. But a more fundamental flaw is apparently involved here: The survey sample included only entities that had licensed patents ex post (i.e., after a patent was asserted against them), but not those who voluntarily took licenses or participated in development under ex ante licenses (i.e., licenses that were entered into without a patentee resorting to patent assertion or litigation).

Exclusive patent rights foster the coordination of patented technology diffusion in a way that protects investments in its development. Unlicensed infringement not only returns nothing to the investors in the patented technology, but it deprives them of market share and associated returns relied upon for making their investment. Without the ability to enforce patent rights (including through intermediaries), voluntary licensing and coordination would not take place. Without the enforceable exclusive patent right, fewer investments would be made at the early and risky stages of inventive technologies. Apparently, ignoring these facts created Feldman & Lemley’s flawed straw man.

Feldman & Lemley arrived at their counterfactual inferences because they surveyed at the margin under a major selection effect: Their survey did not cover voluntary ex ante licensees; they surveyed only those that engaged in uncoordinated use of patented technologies—infringers and alleged infringers—but not those involved in early coordinated use and investment or those actually taking exclusive licenses. For example, none of the thousands of university spinoffs and startup licensees were included in the survey. Apparently, none of the voluntary licensees who sought out the patentees for early adoption and investment in the patented technologies were included in the survey.

But the author’s paper does not merely rely on incomplete and biased survey; it contains outright misleading statements. Whereas their survey is limited to only a certain class of ex post licensing, their leap is boundless: They make no distinction between ex ante and ex post licensing in their broad assertions and conclusory policy statements on patent licensing:

“Our results cast significant doubt on one common justification for patent rights.” …“Our results suggest that universities are approaching product companies, not to create joint ventures or promote the creation of new products, but to seek licenses for already commercialized technology.” (p. 48)

“And the evidence from our survey results suggests that some of the commonly asserted ways in which patents might encourage innovation—by facilitating new products or technology transfer—are more illusion than reality.” (p. 50-51)

Feldman & Lemley’s evidence suggests nothing of the kind. Their selective survey responses are mostly from noncoordinating parties and entities having much less relevance for development of the specific patented technologies. Consequently, for example, the survey’s findings on university patent licensing are inconsistent with clear empirical evidence that technology licensing (not only by reluctant infringers) of patented technologies contributes to innovation and development. For example, Sampat and Ziedonis examined patent citations to university-owned patents because patent citations are a well-known proxy to their use and relevance.1 They found that citations were elevated for licensed patents. Moreover, most citations occurred after the patent was licensed. That licensing of patented technology increases its diffusion and relevance more broadly is supported by Drivas et al., who found that citations by non–licensees to patents exclusively licensed (either by geographic area or field of use) by the University of California increased after the licenses were executed.2 These are objective empirical indicia—not subjective responses to selective surveys by accused infringers.

Finally, even in their own sample, the Feldman & Lemley survey fails to establish the degree to which the respondents had received knowledge and basic ideas from studying the published applications and issued patents for which they later took a license. In other words, Feldman & Lemley did not control for knowledge diffusion that took place prior to patent assertion. Their speculation of “independent development” is just that—baseless speculation. The survey had not obtained and controlled for truthful answers of engineers who developed the accused products as to whether they were aware of the technical aspects of the patented technology.

Unfortunately, this incomplete and flawed survey does very little to illuminate on the role of patent licensing or the actual workings of the patent system. The Feldman & Lemley limited survey may at best support the following conclusion: “188 defendants who settled patent infringement lawsuits do not innovate.”

1. Sampat, B. N. and Ziedonis, A. A. (2005). Patent Citations and the Economic Value of Patents. In Moed, H. F., Glänzel, W., and Schmoch, U., Eds., Handbook of Quantitative Science and Technology Research, pages 277–298. Kluwer Academic Publishers, Dordrecht.

Dr. Ron D. Katznelson is the president of Bi-Level Technologies, a California startup company developing specialized signal processing technologies. He can be reached at ron @ bilveltech.com.