HomeBusinessDoes Illumina Want Grail Back?
Recent
J&J MedTech Lands Clearance for INHANCE Shoulder System
May 19, 2022
The Robot Will Do Your Angioplasty Now
May 18, 2022
XACT Is Changing the Tone of Robotics in Healthcare
May 18, 2022
Medtronic Touts Cusp Overlap Technique in TAVR
May 18, 2022

Does Illumina Want Grail Back? 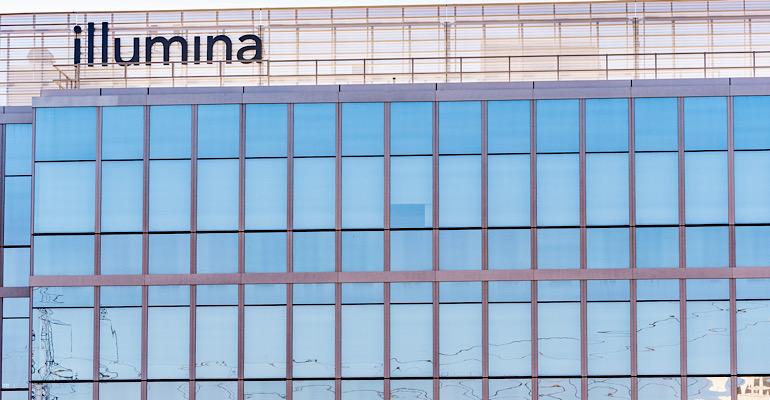 Illumina could acquire Grail for more than $8 billion, according to a recent report from Bloomberg, citing people familiar with the matter. The rumored deal comes hot on the heels of Grail announcing it was seeking an IPO.

Illumina could be interested in (re-)acquiring liquid biopsy startup Grail, according to a recent report from Bloomberg. The gene sequencing company could pay more than $8 billion for Grail which now has a valuation of $6 billion, Bloomberg reported citing people familiar with the matter.

The (rumored) deal comes about a week after Grail, which is known for its exorbitant financing rounds, announced that it was seeking to go public on the NASDAQ. Interestingly enough, the move for an IPO comes about four years after Illumina announced it was spinning Grail off into a separate company. Grail was formed withing Illumina in 2015.

As it stands now San Diego, CA-based Illumina has about 14.6% stake in Grail with about 98.3 million shares. Illumina’s ownership stake in Grail was once significantly higher. However, Grail reduced Illumina’s ownership stake when it raised $1 billion in a series B round. To date Grail has raised about $1.9 billion, having been backed by investors such as Bill Gates, Jeff Bezos, and Johnson & Johnson.

Grail has been moving at a lightning pace in recent months. In May, the company raised $390 million in a series D round and said in a regulatory filing that it was planning to launch its Galleri product in 2021 as a laboratory-developed test.

Much has changed in the cancer detection/liquid biopsy space since Grail was spun-out from Illumina in 2016.

Guardant Health – often mentioned in the same circles as Grail, went public on a $238 million IPO in 2018. The Redwood City, CA-based company made medtech headlines in August after it received a nod from FDA for Guardant360, a liquid biopsy test for comprehensive tumor mutation profiling across all solid cancers.

Liquid biopsy companies often have higher financing rounds because of the capital needed to fund their massive clinical trials. Some of these trials have had more than 100,000 patients.