Did Theranos Founder Elizabeth Holmes Get Off Too Easy? 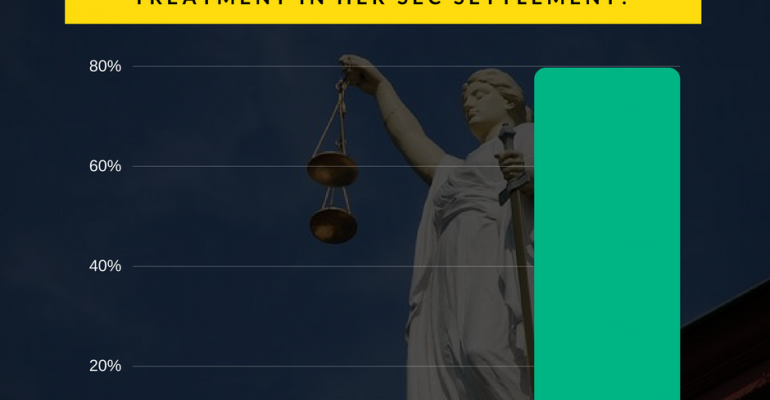 Nearly 80% of survey respondents said Theranos founder and CEO Elizabeth Holmes got off too easy in her recent settlement with the SEC, given the extent of the charges against her.
We asked readers to weigh in on Theranos founder and CEO Elizabeth Holmes's recent SEC settlement over fraud charges. Here's what survey respondents had to say about it.

This story and the chart above have been updated to reflect new survey respondents as of 12:30 pm Eastern Time on March 19, 2008.

After being charged with defrauding investors out of more than $700 million, Theranos founder and CEO agreed to a $500,000 fine, gave up her voting control of the company, reduced her equity stake significantly, and will not be able to serve as an officer or director of a public company for 10 years. But is that enough?

Not according to most of the MD+DI readers who responded to our survey on the matter. We asked: Did Elizabeth Holmes Receive Fair Treatment in Her SEC Settlement? Out of 59 total respondents, 47 people (79.66%) said Holmes got off too easy. About 12% (7 of 59) said the settlement was fair, and 5 people (8.47%) said it was too harsh.

Eight respondents provided additional commentary on the survey, and five readers posted comments in reaction to the story on MD+DI. Based on those comments, several readers seem to think Holmes should be facing jail time:

"I would guess that she worked her high-up connections to get this closed with no federal prosecution. Balwani will be the public example while it was Holmes who was in full control."

"Martha Stewart did hard time for [a] much lesser crime."

"Wait, no jail time? Other fraudsters who have done much less than that don't get that privilege."

"Yes, but tell me, how many of those investor millions has Elizabeth Holmes (and others) squirreled away already? Have their belongings and possessions been seized /confiscated? Sorry folks, none of the Theranos upper echelons should be able to walk away with their finances and freedom intact, none."

"Why shouldn't she get a jail sentence for defrauding investors of $700M? What does it take to go to jail? Possessing a gram of cocaine? Shop-lifting a $100 worth of food to feed your family?"

"Typical lies out of Silicone Valley. We should expect that these days. Fraud in the name of science, now she gives those of us who work for small companies in the scientific field a bad name. She should be in jail."

Other readers also raised concern about the impact that the Theranos story could have on the scientific community, particularly at the startup level:

"There have been many issues with Theranos, most significantly it affected the personal medicine development as a whole. Theranos should initiate improvements of regulatory instruments as well as checks and controls within the industry itself."

"Holmes did the unthinkable to the scientific community, especially for all of those who work for small companies. All that money is scrolled away somewhere, untouchable. Typical for the lies of Silicone Valley."

One reader, however, took a different stance on the issue:

"So government strikes again. A failed technology does not necessarily indicate fraud. Neither does optimism. Caveat emptor has now been replaced by caveat venditor in the USA. Innovation is always risky ... no risk, no innovation. Thank you government for 'protecting' us to where I and other innovators will take our work to other countries ... thank you for helping to destroy America. I want to know who sicced the government into the Theranos case. Who brought the case? Competitors? Idiotic!"

Theranos CEO Stripped of Control Based on Fraud Charges
Mar 14, 2018