Did Boston Scientific Use Counterfeit Plastic in Pelvic Mesh? 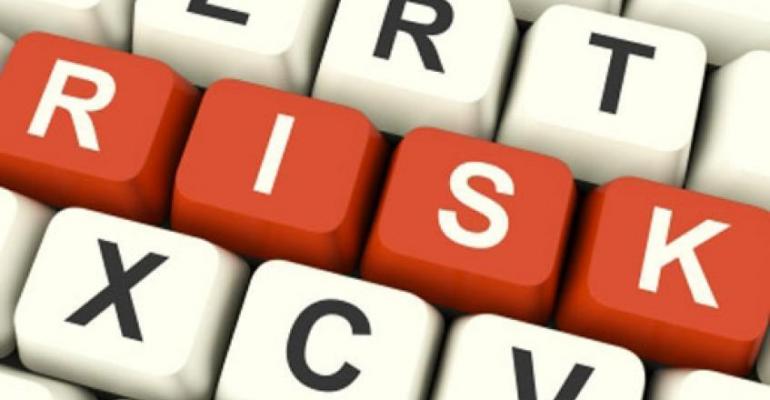 Vaginal mesh problems are back in the spotlight this week after a scathing 60 Minutes report claimed the company knowingly bought counterfeit plastic materials from a Chinese supplier to produce the devices. Boston Scientific says the claims are "completely false" and based on outdated and previously disproven allegations.

Companies that sell implantable transvaginal mesh devices have been fighting massive, multi-district litigation for years as thousands of U.S. women have complained of severe complications after surgery. Now, a scathing 60 Minutes report on the issue has Boston Scientific up in arms.

CBS aired the 60 Minutes report Sunday evening, uncovering emails that suggest Marlborough, MA-based Boston Scientific knowingly bought counterfeit plastic material from a Chinese supplier to produce the devices and even repackaged the material to hide the fact that it was an imitation product. The show's producers said Boston Scientific declined an interview with 60 Minutes, but the company responded to the claims in a statement issued shortly after the segment aired.

Don't miss the panel discussion, "What's New and Exciting in Medical Materials" on June 13 during the MD&M East Conference and Expo in New York. Use promo code "MDDI" for 20% off of conference registration and free expo access.

The investigative story contained "completely false claims that our transvaginal mesh products contain counterfeited and smuggled materials," according to the company's statement, which is signed by CEO Mike Mahoney, and Dave Pierce, president of Boston Scientific's urology and pelvic health division.

Vaginal mesh implants are made of polypropylene, a type of plastic commonly used in packaging.

"Later, when Boston Scientific appealed, Chevron Phillips replied 'we are simply not interested in this business at any price'," 60 Minutes reported.

That put the company in a bind because FDA approval of its transvaginal mesh products was based on the use of Marlex to produce the devices. In 2010, a second supplier refused to sell polypropylene for use in medical devices.

"Boston Scientific's global sourcing division decided to use a middleman with no direct link to Boston Scientific so the plastic makers wouldn't know the true buyer," the 60 Minutes producers said in their report. "But that plan failed."

As MD+DI previously reported, a 2016 lawsuit alleged that Boston Scientific ended up smuggling a counterfeit version of Marlex from China, but a federal judge gave FDA jurisdiction over that case.

That supplier was a Guanghzou, China-based company called Emai Plastic Raw Materials. According to the 60 Minutes segment, Emai told Boston Scientific it had "tons" of Marlex imported from Chevron Phillips in Texas.

"Boston Scientific's man in China wrote his superiors, 'Do we need to ask Emai if this material is supposed to be used in medical implantables?' Boston Scientific's director of materials management replied, 'Please don't tell them where we will use it, it could scare them away'," 60 Minutes said, citing court documents.

Boston Scientific's own quality assurance procedures required documentation that Emai's product was indeed Marlex from Chevron Phillips. But Emai did not have the required documentation to verify authenticity. The company reportedly checked the lot numbers on the bags it purchased from Emai and confirmed with Chevron Phillips that the numbers were fraudulent and that even the packaging was fake.

Further investigation by Boston Scientific included a test analyzing 11 parameters to compare the Marlex obtained directly from Chevron Phillips to the Emai-sourced Marlex, according to 60 Minutes. Only two parameters were the same, and of the nine that were different, four of those parameters read as "very different."

And yet, Boston Scientific concluded the two materials were the same and proceeded to buy enough of the Emai-sourced plastic to last 30 years, the news program revealed.

"The broadcast resurfaced outdated and previously disproven allegations first made by attorneys in 2016," Boston Scientific said in its statement. "Our rigorous testing and investigation have shown that the resin currently used in our products matches a formulation from the original U.S.-produced resin."

The company said FDA also reviewed the information and drew the same conclusions.

Boston Scientific denied these allegations and said the documents and photos shown during the 60 Minutes segment were taken out of context.

"Numerous communications not shown by 60 Minutes demonstrated that our employees were committed to making sure that we complied with all import and export regulations in shipping the resin to the U.S. The steps taken by Boston Scientific depicted in this segment were inaccurate," the company said. "We packaged the materials to prevent them from damage during transportation. This was well-documented and would not have prevented customs officials from opening or further inspecting the bags."

Boston Scientific said the 60 Minutes segment offered a one-sided view and commentary from clinicians and plastic experts who have been involved in lawsuits against the company.

"It is important to keep in mind that polypropylene-based (plastic) devices have been a mainstay in many medical procedures for more than 50 years, including hernia and tendon repair, sutures, and wound closure," the company said. "Furthermore, our products meet rigorous internal safety standards, international standards, as well the standards of the FDA and other regulatory bodies. Leading physician societies have issued supporting statements on mesh, and the American Urogynecologic Society recently shared its perspective."

These products are used to treat women with pelvic floor disorders, and Boston Scientific said its transvaginal mesh products have been used to successfully treat nearly 1 million women.

"Our mesh products contribute to only 1% of annual sales to our company. Continuing to provide these mesh products is not about profits. It is about doing what is right for patients," according to Boston Scientific. "Without these products, women would be left with few treatment options for these debilitating and often embarrassing conditions."