Dexcom Shows It Can Still Hang With Abbott 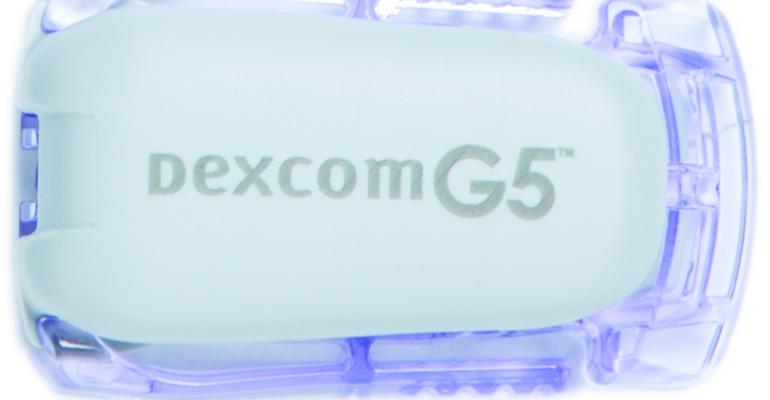 When Abbott Laboratories received FDA approval for its FreeStyle Libre Flash, a glucose monitoring system that can be used as replacement for blood monitoring, no other competitor was impacted more than DexCom.  Shares of the San Diego-based company crashed more than 36% upon news of the FreeStyle Libre's approval.

DexCom also lost out to Abbott when Bigfoot Biomedical selected the Abbott Park, IL-based company as a partner for a diabetes management system designed to analyze patients' glucose readings.

However, DexCom showed it still had some fight left by soundly beating Wall Street expectations and growing revenue by 29% in its most recent reported quarter.  The San Diego-based company brought in revenue of $221 million in the period exceeding consensus estimates of $215.9 million.

"Looking ahead to 2018, we provided our initial outlook in early January and we continue to anticipate total revenues of $830 million to $850 million with sensor volumes, international growth and the patient base all expected to grow faster than our revenues,”DexCom CFO Quentin Blackford, said according to a Seeking Alpha Transcript.

DexCom has been hardly resting on its laurels. In November of 2017,  the company announced a development agreement with Eli Lilly and Company to include the DexCom CGM to improve the future of diabetes management.

“Our recently-announced collaboration with Eli Lilly, which is intended to generate both pump and smart pen integration, is also moving forward nicely and recently saw first in-human experience,” Steven Pacelli, DexCom’s executive vice president of strategy and corporate development said according to a transcript from Seeking Alpha. “We continue to drive other pump and smart pen integrations and expect to update the market when appropriate.”

DexCom is also working with Google’s Verily LifeSciences to develop a mini-CGM. Ultimately the two companies want to build a disposable sensor that is like a tiny bandage on the skin.

“Turning to the non-intensive opportunity, development of a fully disposable real-time CGM system with Verily is moving ahead with the first generation system currently expected to complete development this year,” Pacelli said, according to a transcript from Seeking Alpha. “As we have stated previously, the timing of this product launch is contingent on a number of factors, including our no calibration regulatory strategy with G6. Our smaller and more cost effective second generation system is taking shape and we are optimistic in our ability to introduce this device in 2020.”

For the past two years there have been tremendous shakeups in the diabetes market. Recently Johnson & Johnson revealed plans to shut down its insulin pump business, Animas Corp. The New Brunswick, N.J.-based company said the nearly 90,000 patients using its insulin pumps would have the option to switch to Medtronic pumps.

Johnson and Johnson has also been reviewing the sale of its entire diabetes care business, which has seen a significant decline in sales in the past few years.

The diabetes care market has also had two significant device approvals from both Abbott and Medtronic.

The 670G is the first FDA-approved device intended to automatically monitor glucose (sugar) and provide appropriate basal insulin doses. Nearly a year later, Abbott fired back and received the greenlight to market the FreeStyle Libre Flash.