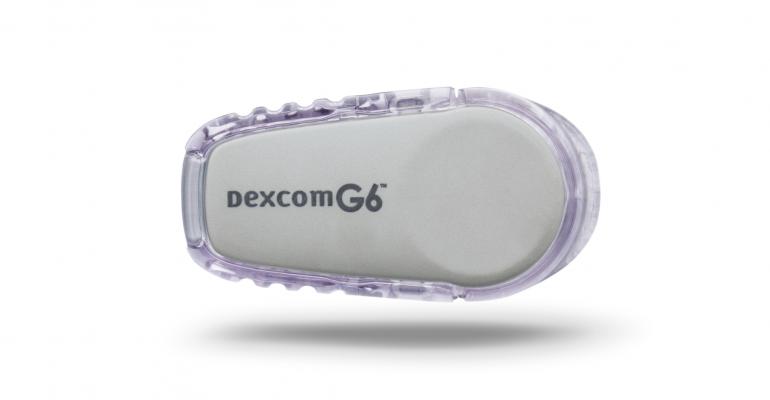 Dexcom is once again shaking up in the continuous glucose monitoring (CGM) market. The San Diego-based company has received the green light from the FDA to market the Dexcom G6 CGM System, a device that is interoperable with other automated insulin dosing  systems.

FDA said this is the first device that has been given approval to work with other compatible technologies. The agency also said its decision classifies Dexcom’s CGM as a less stringent medical device and enables a speedier review for similar future systems.

“The ability of this device to work with different types of compatible devices gives patients the flexibility to tailor their diabetes management tools to best meet personal preferences,” said Donald St. Pierre, acting director of the Office of In Vitro Diagnostics and Radiological Health in FDA’s Center for Devices and Radiological Health, in a release. “In addition, FDA has taken steps to expedite the review process for similar, integrated CGMs and make these types of systems available to patients as quickly as possible while also helping to ensure their safety and reliability.”

Dexcom said the CGM also removes the need for fingerstick blood testing for people with diabetes. The Dexcom G6 is a patch device, about the size of a quarter, that is applied to the skin of the abdomen and contains a small sensor that continuously measures the amount of glucose in body fluid.

The device transmits real-time glucose readings every five minutes to a compatible display device such as a mobile medical app on a cell phone and will trigger an alarm when a patient’s blood sugar enters a danger zone soaring too high or dropping too low. If it’s integrated with an automated insulin dosing system, a rise in blood sugar would trigger the release of insulin from the pump. The patch device should be replaced every 10 days.

An earlier generation of the technology, the Dexcom G5 system, received FDA approval in 2016, but was not designed as an integrated system to be used with compatible devices.

The  G6 CGM is expected to be launched later this year.  Dexcom’s CEO called the approval a “significant step forward” for Dexcom and the diabetes industry.

The diabetes space has been full of changes in recent years and MD+DI pointed out five events that shook the foundations of the diabetes market. The launch of Dexcom was one of these key events.

But in September of 2017, the story surrounding DexCom, a company that boasts a partnership with Google’s Verily Lifesciences, took a sharp turn. The outlook for Dexcom became bleak, as Abbott Laboratories had just received FDA approval for the Freestyle Libre Flash, a device that eliminates the need for traditional blood draws in glucose monitoring.

The Freestyle Libre was a major disruptor to the CGM market and news of Abbott’s device caused Dexcom shares to drop by more than 36%.

However, the firm has been making significant strides in 2018. In February, Dexcom showed it still had some fight left by soundly beating Wall Street expectations and growing revenue by 29%. The company brought in revenue of $221 million in the period exceeding consensus estimates of $215.9 million.