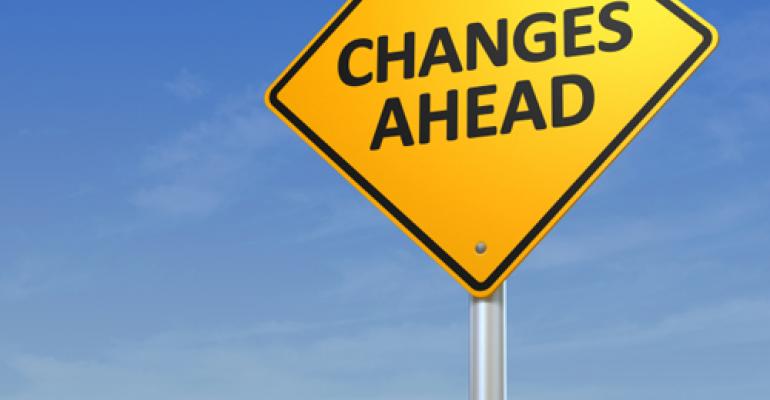 Advances in medtech are moving many procedures to an outpatient setting and device makers need to prepare for the shift.

Advances in medtech are moving many procedures to an outpatient setting and device makers need to prepare for the shift.

Device makers have historically cultivated close ties with surgeons and hospitals, but the move toward value-based care is prompting both hospitals and payers to scrutinize where costs can be saved.

Many procedures - including even joint replacement - are moving toward the outpatient surgical setting. And now a recent report from Blue Cross Blue Shield shows how moving surgeries to an outpatient center can actually lower costs for even patients. All the more reason for device makers to redouble their efforts to work with surgeons who operate in an ambulatory surgery centers and develop or maintain close ties to these facilities.

The report from BCBC analyzed 43 million member claims involving people under 65 in the five-year period between 2010 and 2014 to find that cost of certain procedures grew much faster when done in an in-patient setting as opposed to an outpatient one. Specifically, the association reviewed claims for four procedures - hysterectomies, lumbar/spine surgery, angioplasty and gall bladder removal. It cost BCBS companies, their members and their employers an estimated $11 billion for these four procedures in 2014.

The association found that when members covered by BCBS plans chose to have their angioplasty done in an outpatient surgery center, they saved $1,062 per procedure in out-of-pocket expenses compared with doing them in a hospital as an inpatient.

Meanwhile, here's how these procedures have shifted to an outpatient setting over the study period. 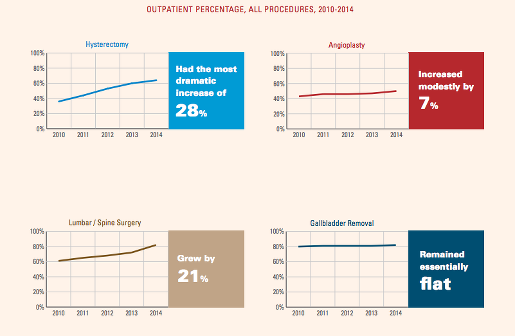 The report cites the increased move to outpatient surgeries to advances in medical technology such as laparoscopy as well as in the case of hysterectomy to robotic-assisted surgery made possible by the likes of Intuitive Surgical.

The move to outpatient surgery in gall bladder removal has stayed relatively flat in the study period because minimally invasive procedures that enable an outpatient care setting has been long adopted.

Here are the per procedure total cost savings in 2014: 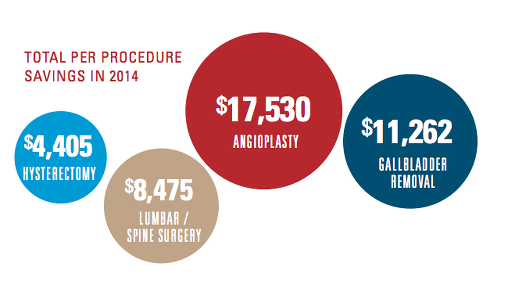