Defending Your Price Against Hospital, GPO, and IDN Buyers 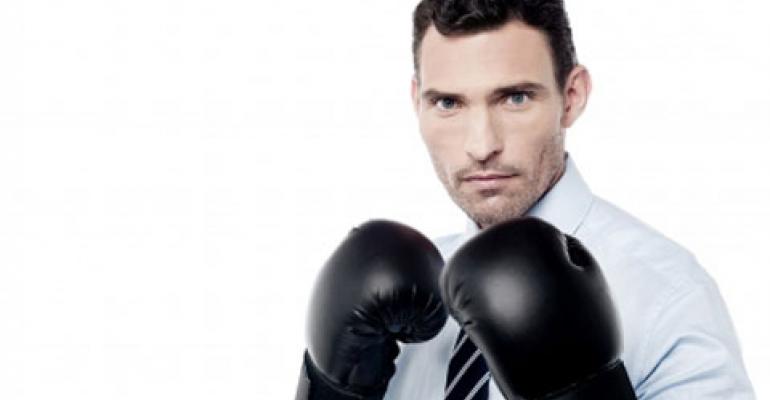 The keys to fending off requests for a discount are holding your ground and calculating what the hospital is billing for your product.

The keys to fending off requests for a discount are holding your ground and calculating what the hospital is billing for your product.

Most of my medical device manufacturing clients struggle to defend their price at the hospital and group purchasing organization/integrated delivery network (GPO/IDN) levels. I often watch their sales people surrender price, terms, conditions, and even gratis product to hospital buyers or buying-group managers with little to no pushback. The most common response to a buyer’s request for a discount or better terms and conditions is either “This is the best price I am allowed to give” or “I’ll have to talk to my manager and see if we can do that.”

These responses sometimes put off the decision to reduce prices for a time, but as a customer’s usage of a manufacturer’s device increases, you can expect discounting pressures to mount. So how do you defend your price in the face of what seems like an unending downward pricing spiral?

The first rule of negotiation is to hold your ground, which makes the most important negotiation skill the ability to defend your price. The phrase that is most effective for holding the line is “My price is fair and reasonable, and let me tell you why…” Finishing this sentence is the most important first step in defending any price, regardless of the product or service, industry, or negotiation situation.

In some industries, especially those with slim profit margins and stiff competition, this can be a difficult to do. But in the hospital market, it’s easy. You simply need to know a couple of facts.

The first is that despite their claims, hospitals are making plenty of money. The Affordable Care Act has flooded the hospital market with an additional $300 billion each year. Since it became law in 2010, hospital profits and patient revenue have soared, while uncompensated care has fallen drastically. Tenet Healthcare, HCA, and Aurora Health, to name a few that have reported, all saw substantial increases in operating margin due to Obamacare.

Nonprofit and for-profit hospitals are raking in the money as they play more and more complex games of three-card monte to keep the general public from seeing their piles of cash. And the complaint that Medicare is cutting their reimbursement is untrue. Medicare increased its reimbursement to hospitals by 2.1% across the board in 2015. The only cuts were paper-based reductions based on not meeting specific CMS quality targets, and even then their payments were reduced a mere 0.2% overall. And these so-called cuts apply to their Medicare patients only.

It is open season for commercially insured patients. Almost all hospitals are enjoying significant increases in their payments from the private insurers while at the same time seeing large decreases in uninsured patients.

Calculate What the Hospital Bills

But there is an even more specific argument against lowering your price based on how hospitals bill for reimbursement.

On the outpatient side of the equation, if your company’s product has a current procedural terminology (CPT) code, you simply multiply usage by the state reimbursement amount. For example, an average CPT 87430 for Rapid Strep is $16.01 in an outpatient/ED setting. So if the hospital pays $2.00 to the manufacturer for the test, it stands to make $14.01 per test for a Medicare patient.

There is a lot of misinformation in the market about how much hospitals make from CPT codes. Some of this deception is intentionally used as a negotiation tactic, and some is due to the complexity of the reimbursement methodologies.

Regardless of the reasons, let me settle this once and for all.

All hospitals receive at least this amount plus a facility fee (paid by CMS for every person who walks into an ED, outpatient clinic or hospital-owned doctor’s office on the grounds of the hospital) plus a risk adjustment factor (RAF). A RAF is an added percentage based on the overall health of the population the hospital serves. The private payers (who are also my clients)—United Healthcare, Aetna, the Blues—all pay the hospital more than CMS due to hospital cost shifting. The hospitals have convinced the private payers that they must make up the difference between the amount Medicare pays and how much they need to operate their hospitals.

As recently as last month a hospital buyer told me that his hospital receives only ten cents on a dollar in CMS reimbursement. I am being generous when I say that he must have been misinformed. CMS must pay the CPT code amount under all circumstances without a discount.

And after surveying all of my private payer clients regarding outpatient reimbursement, none said they reimburse less than Medicare. In fact, many said their hospital contracts not only exceed CMS reimbursement by a large margin, but they also granted double-digit increases to hospitals for 2015 and beyond.

So if the cost of your diagnostic product is less than the CPT plus facility fee plus RAF, then every time the hospital uses your company’s test they make a profit regardless of the story you are told.

On the in-patient side, it is difficult, if not impossible, to calculate the net amount a hospital receives for a specific test. This is because of the number of different reimbursement methodologies used by government (CMS) and the private insurers. However, you can easily calculate the average amount a hospital will charge a patient and his or her insurance company.

To do this, simply go to the American Hospital Directory and look up the specific hospital lab’s cost-to-charge ratio and go from there.

So in light of this information, I would finish the sentence, “My price is fair and reasonable and let me tell you why…” with the phrase“… your hospital is capturing significant outpatient and inpatient revenue by using our test… and improving patient care.”

Like I said, it is relatively easy to defend your product pricing if it has a “favorable reimbursement profile”. You just do the math. It works.

I was in a hospital lab the other day and the lab director insisted the hospital could not buy my client’s product because it was too expensive. He wanted a significant discount before he would even consider using it for patients. It was also clear that the product contributed a significant and measurable improvement in patient care.

“We can’t use your product,” he said.

“But the doctors all want it and it has the potential to revolutionize how patients are cared for,” I countered

“I know, but it’s still too expensive,” he said.

“Can you explain to me what you mean by too expensive?” I asked.

“Sure. We can’t ethically charge a patient as much as we would for this test,” the lab director said.

“So, it isn’t the cost of the test to the hospital so much as it is the charge to the patient,” I countered.

“Right. We can’t charge a patient that much for a diagnostic test,” he said confidently.

“Okay, I get that. So if I cut the price of this product by 20%, how much of that discount is passed on to the patient?” I challenged.

“Right.” I said, knowing full well that this conversation was over.

Steve Reilly can be reached at [email protected]