The Defend Trade Secrets Act filled a gap in existing law and allows companies to protect their trade secrets across state lines and outside of the United States. Here&#39;s how to capitalize on this important legislation.

The Defend Trade Secrets Act signed into law in May filled a gap in existing law and allows companies to protect their trade secrets across state lines and outside of the United States. Here's how to capitalize on this important legislation. 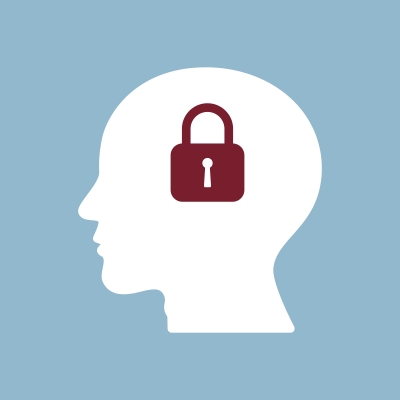 Imagine you are a medical device startup developing bioabsorbable stents. One morning, your key R&D engineer tells you that he is giving notice--taking with him years of expertise that he has developed at your company. While you may be sad to see him go, you are also concerned: This employee has had access to hospital customer lists, your physician consultants, and clinical data, and he knows the proprietary laser technique your company uses to manufacture stents at low cost. What prevents him from taking your company secrets--your trade secrets--and giving them to your biggest competitor?

The Defend Trade Secrets Act (DTSA), passed by Congress on April 27, 2016, and signed into law by President Barack Obama on May 11, 2016, aims to improve the protection of trade secrets. The goal of the DTSA is to fill an existing gap in the law and allow companies to protect their trade secrets across state lines and outside of the United States.

Before the DTSA, when trade secrets were stolen, there were generally only two possible legal routes. First, the Economic Espionage Act of 1996 provided for federal criminal penalties for individuals found guilty of stealing trade secrets across state lines or to benefit a foreign country. Individuals found guilty could be subject to large fines. However, while the guilty parties could be penalized, this law had limited provisions to provide compensation to the owner of the trade secret. A second option was to file a lawsuit in state court. However, the laws governing trade secrets vary, sometimes widely, from state-to-state. To protect its trade secrets, a company would have to make sure that it complied with the trade secret laws of all of the states relating to the theft. Having to file lawsuits in multiple states to protect one's trade secrets can be a significant resource drain.

There is also a law known as the Uniform Trade Secrets Act (UTSA), passed in 1979, that was intended to provide some of the DTSA's advantages. However, the UTSA was not passed by all 50 states, and some states that did adopt the UTSA added their own unique state-specific clauses.

The DTSA creates a federal action that allows companies to sue in federal court for injunctive relief or compensatory damages. As the DTSA is a federal act, it would allow a company to protect its trade secrets nationally and internationally.

Another advantageous tool provided under the DTSA is that a company can ask the court to grant an ex parte seizure order (without needing to give notice to the accused thief or beneficiary of the stolen trade secrets) that would allow federal marshals to seize all property necessary to prevent the sharing of stolen trade secrets. This type of seizure order is especially powerful because it can be granted quickly and the accused thief or beneficiary does not have an opportunity to respond or use procedural delay tactics. However, it is important to note that ex parte seizure orders may only be granted under "extraordinary circumstances."

How It Impacts Medtech

In today's day and age of easily transferable data, the trade secrets of an entire company can be stolen in seconds on a single USB flash drive. The DTSA is tailored to this era of fast and easy dissemination of information. Proponents of the DTSA tout the ex parte seizure provision as one of the legislation's key strengths. As the ex parte seizure order may be given without notice to the accused thief, it is intended to mitigate the effects of misappropriation by taking swift action before stolen trade secrets are widely disseminated.

Although ex parte seizure orders are limited to "extraordinary circumstances," critics of the DTSA fear that ex parte seizure orders could subject startups and other small businesses to legal bullying. Through a threat of litigation and seizure of proprietary data, the DTSA could create trade secret trolls that subsist on blackmailing companies into early settlements of meritless cases.

Despite these potential drawbacks, the DTSA provides a powerful new platform for enforcement and protection of intellectual property rights. Patent protection for many technology sectors (including algorithms and software) has become more challenging following passage of the America Invents Act and several recent Supreme Court decisions. Therefore, trade secret protection, strengthened somewhat under the DTSA, may prove a viable option for many medical device and diagnostic technologies. Trade secrets, unlike patents, potentially have an unlimited lifespan, provided reasonable efforts are made to maintain secrecy. Also, trade secret protection can be relatively simple and inexpensive: Trade secret owners need only take reasonable steps to protect the information.

Make the Most of the Law

To capitalize on the benefits of the DTSA, companies should systematically identify confidential information for trade secret protection. To qualify as a trade secret, the information must derive its value from being generally unknown to the public. Once identified as a trade secret, the owner must take reasonable measures to maintain the information's secrecy. While the law only requires "reasonable security measures," what is reasonable for a particular circumstance is determined on a case-by-case basis. Therefore, confidentiality agreements (with third parties as well as appropriate provisions in employee and consulting agreements), firewalls, physical locks, security guards, and/or other measures to protect trade secrets may be useful. It is also important to note that the standard of "reasonable" may vary from company to company--a sophisticated company may be subject to a more rigorous standard under the law than a mom-and-pop shop. Regardless, establishing an effective trade secret inventory and having company rules clearly outlining standard trade secret protective measures may be the foundation for subsequent, successful trade secret enforcement.

Angela Dremann is an associate at Knobbe Martens, a law firm specializing in intellectual property.

Rick Park is an associate at Knobbe Martens.