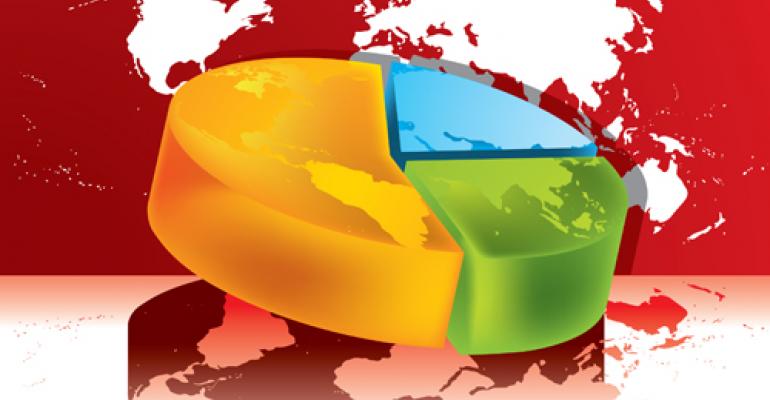 North America, especially, the U.S. has been at the vanguard of life sciences innovation but now upstart Asian nations are catching up.

Historically, the United States has been at the forefront of innovation in the life sciences. And yet there appears to be evidence that the dominance the country has held for decades may be fading. Upstarts in emerging regions like Asia are catching up making the U.S. somewhat of an old guard.

Data and charts from the Life Sciences Cluster Report published in June by Jones Lang LaSalle, a commercial real estate firm, capture this shift. The data was shared at a recent event organized by LifeScience Alley, a Minnesota industry association.  The analysis is based on the number of Patent Cooperation Treaty applications filed through the World Intellectual Property Organization. According to the report, if an applicant files a PCT, it allows the patenting of an innovation simultaneously in all participating countries that have signed on to the treaty. In 2013, there were more than 148 participating member nations in the PCT, the report said.

Here's the first chart showing life sciences PCT applications by region of origin as of 2012. And if viewed in isolation, it shows what we already know - that North America leads the rest of the world with the number of PCT applications filed. 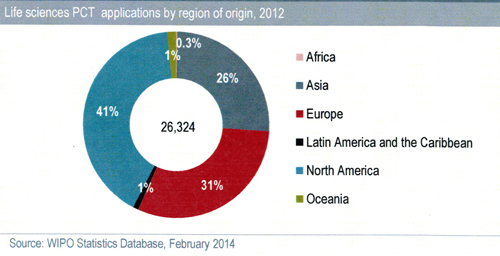 But if historical data is viewed, a steady trend emerges. While PCT applications from Europe have held relatively steady over the decades, North American applications are falling while those from Asia are slowly increasing. In fact while the U.S. filed 10,324 PCT applications in 2012, that's down from 10,903 filed in 2009, according to the report.

Here's chart 2 that shows how the geographical shift in innovation is occurring. 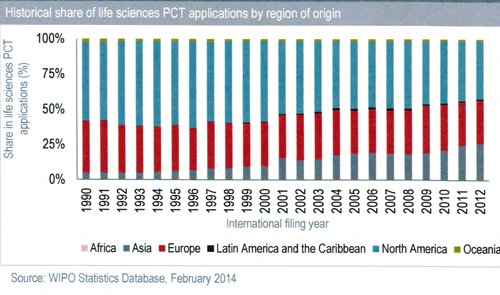 Which Asian nations are leading the charge? Korea and China.