Could Patent Expirations Be a Chink in Intuitive Surgical’s Armor?

Several of the surgical robotics company’s patents are set to expire at the end of the year, which could open the door to even more competition.

Several of the surgical robotics company's patents are set to expire at the end of the year, which could open the door to even more competition. 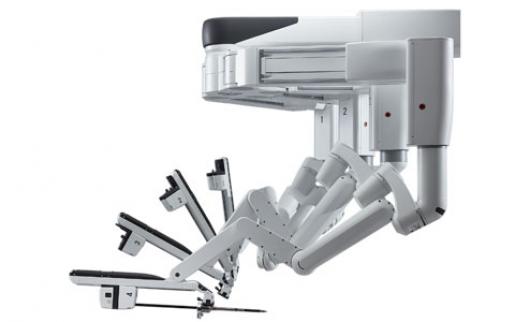 In the 2012 movie "Prometheus," a female character enters a computerized and automated surgical operation machine that performs an emergency caesarean section to remove an alien fetus.  While only science fiction, such movies have often provided us with a window into what might be possible in the future of medicine.  Though fully automated surgical operation machines are not yet possible, the development of robotic surgical systems over the past 30 years has provided surgeons with tools to perform procedures that are much less invasive than traditional open surgical procedures, and provide more intricate control over surgical tools than typical laparoscopic surgical procedures.

Since launching its da Vinci Surgical System in 1999, Intuitive Surgical has been the leader in the robotic surgery space.  Since 2000, the da Vinci Surgical System has been used in more than 3 million minimally invasive procedures, according to the company's website. Intuitive Surgical's intellectual property portfolio has no doubt played a significant part in helping the company to achieve and maintain its dominant position in the robotic surgery marketplace, providing a minefield of patent coverage that potential competitors have had to confront when evaluating the path to market entry.  A recent search of the U.S. Patent and Trademark Office (USPTO) assignment database indicates that Intuitive Surgical has 649 U.S. patents or U.S. published patent applications.  However, this number does not capture patents that Intuitive Surgical may have rights to, such as via licenses, nor patent applications that are not yet publicly available. In fact, the number of patents the company may have covering its technology could be much higher.

Under the U.S. patent system, each patent provides its owner with the right to exclude competition for a limited period of time for the invention covered by the patent, generally 20 years from the patent's earliest effective filing date.  Intuitive Surgical's patents have therefore served as barriers to entry into the robotic surgery market by would-be competitors.  This is particularly important because robotic surgical systems are very complex, take many years to develop, and require companies to navigate the FDA approval process before they can be used in the United States.

Several of Intuitive Surgical's earliest patents will expire by the end of 2016, as their 20-year life term granted by the U.S. patent system will come to an end.  These patents cover some of the basic robotic concepts implemented in the company's products, including the control of robotic arms and tools with a remote controller, and the imaging functionality provided by the surgical robot. More Intuitive Surgical patents will expire in the next several years.  In fact, many of the patents the company currently lists on its website as covering its products will expire between now and 2022. However, this does not mean Intuitive Surgical will be left without any patent coverage for its products, as most of the 649 patents or published applications referenced above will not expire anytime soon, not to mention any other patents to which the company may have rights.  Intuitive Surgical also continues to file new patent applications for its latest technologies.

As Intuitive Surgical's original patents continue to expire, more and more players are likely to enter the robotic surgery market, drawn in by massive potential revenues and the diminished barriers to entry posed by Intuitive Surgical's expiring patent portfolio. Already, there are several companies with surgical robots on the market or in development.  Some, like Stryker's Mako system or Smith & Nephew's Navio system are specifically designed for orthopedic surgical procedures, while others like Titan Medical's SPORT system and the TransEnterix systems provide surgical robots to perform some of the same procedures performed by the da Vinci Surgical System. Verb Surgical, a new startup backed by Google and Johnson & Johnson is also developing a system that will likely also compete with the Intuitive Surgical system.

As new robotic surgery companies enter the market, we can expect them to seek patent protection for their innovations, just as Intuitive Surgical has done and continues to do, in order to obtain competitive advantages in the marketplace.  Such areas where innovation is likely to continue include improved imaging systems, improved robotic arm and tool assemblies that are  even less invasive and provide surgeons with greater control and feedback, and improved controls that are simpler to use and require less training, thereby making the surgical robot more intuitive for surgeons to use.  Additionally, with more and more players entering the market, the likelihood of litigation will also increase.

Josué Villalta is a Partner at Knobbe Martens. Reach him at [email protected].