HomeBusinessCould Matters Get Any Worse for Alere?
Recent
Movano Wants to Put a Ring on It
May 17, 2022
Medtech Loses a Giant; Boston Sci Co-founder Dies
May 16, 2022
Babson Has Friends in High Places
May 16, 2022
Medtronic Wins FDA Nod for Onyx Frontier DES
May 16, 2022

Could Matters Get Any Worse for Alere?

As feds seek info on the company's Medicare, Medicaid, and drug-test billing records, Abbott remains mum on its proposed takeover. 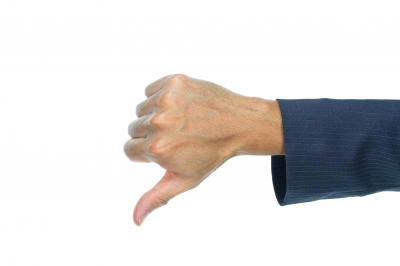 The news precipitated Alere's biggest one-day stock plunge ever, a 29% drop to $31.47 at Wednesday's close in New York, Bloomberg reported. It bounced back to $38 Thursday morning.

Alere makes diagnostics for a variety of infectious diseases, including HIV, dengue fever, tuberculosis, and malaria. Its toxicology unit performs drug tests for businesses and governmental agencies. The U.S. Department of Justice (DOJ) was seeking information about efforts by that unit to collect patients' copayments for tests, as well as "forms submitted on their behalf to government programs such as Medicare," the Wall Street Journal reported, citing "people familiar with the matter." It is illegal for healthcare companies to pay the bills of patients covered by federal health insurance programs such as Medicare and Medicaid, the Journal pointed out.

The DOJ is also investigating whether Alere gave kickbacks of cash or gifts to doctors who ordered tests, the Journal reported.

Following the Journal report, Alere acknowledged that it received a DOJ subpoena addressed to Alere Toxicology Services Inc. on July 1, 2016. The subpoena seeks records related to Medicare, Medicaid, and Tricare billings dating back to 2010 for patient samples tested at the company's Austin, TX, pain management laboratory, according to a company statement. The company said it is cooperating with the investigation.

Billings at the Austin pain management laboratory for Medicare, Medicaid, and Tricare, a military health insurance program, "accounted for significantly less than 1% of Alere's total revenues" for the first nine months of 2015, the company added. Alere previously said it expects to revise annual financial statements for 2013 and 2014, and those for the first three quarters of 2015.

The probe is the latest in a string of woes for Alere, which Abbott proposed buying in February for $56 in cash per share. Shortly thereafter, Alere revealed that it had received a grand jury subpoena from the DOJ related to its sales practices for 2013 through 2015 in Asia, Africa, and Latin America, and to matters related to the U.S. Foreign Corrupt Practices Act. Abbott offered to break off the deal, but Alere's directors turned down the offer. Alere continues to delay filing its 2015 financial report with the SEC. It faces an August deadline to file the report or risk defaulting on some of its debt and delisting by the New York Stock Exchange, the Journal reported.

Alere also previously disclosed that it had received subpoenas in December 2014 from the U.S. Attorney for the District of New Jersey asking for documents relating mostly to billing and marketing practices in toxicology testing, the Journal reported.

Most recently, Alere announced it is voluntarily withdrawing a device that tests the blood of patients who take blood thinners, following reports of inaccurate results. It also said that it is "continuing to work diligently to complete" the review of the sales records in question, in which it acknowledged "we had incorrectly recorded the timing of recognition of certain revenue transactions for such periods."

Abbott CEO Miles White was noncommittal about purchasing Alere during Abbott's first-quarter earnings call. During the Q2 earnings call, White said Abbott is still awaiting information it had requested from Alere and that he has confidence in Alere's current management team.