A Conversation with a Corporate Venture Investor at J&J 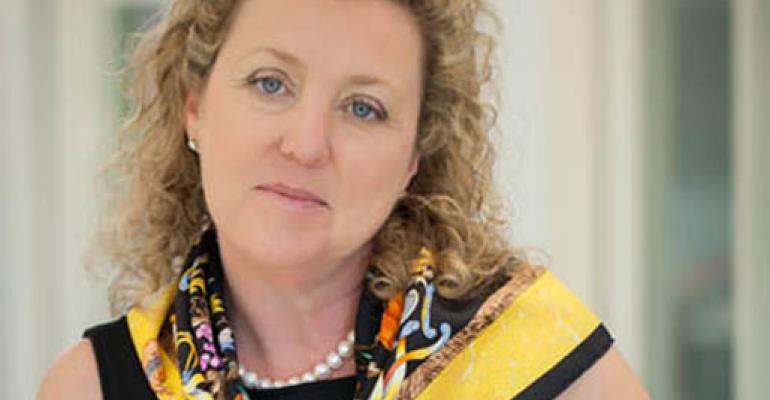 Renee Ryan is the vice president of investments at JJDC, the venture arm of Johnson & Johnson. She will be a speaker on the funding panel at MEDevice San Diego, Sept. 2, an event hosted by UBM, which publishes MD+DI.

Recently, in a phone interview, she described JJDC's investing philosophy, what she looks for in device firms and her excitement when she comes across a promising device startup, with cool new technology and headed by a female CEO.

MD+DI: How has JJDC evolved since its founding?

Ryan: JJDC has been as been around now since 1973, which is really when the venture capital industry itself was formed.

I would say over that whole time frame, we have always been a strategic investor though we’ve pivoted in and out from strategies that are close to J&J’s three businesses to those that are farther away.

I think today our investments across the pharmaceutical, consumer and medical devices businesses are more closely aligned to those businesses and have a strategic mindset.

We also tend to be stage agnostic meaning that we have no preference for earlier or late stage. We invest across the spectrum — everything from new company formation activity to seed financing to later stage financing. On the consumer end where we are talking about channel and market positioning, we tend to be later stage, and earlier on the devices and pharmaceutical ends.

The JJDC group itself is fairly small with only nine active investors. Two years ago, when our four regional innovation centers were formed, we moved investors to those regions. They are in Silicon Valley, Boston, London and the Asia/Pacific region which is based in Shanghai. And one is in Tel Aviv, Israel.

MD+DI: How would you say JJDC differs from a traditional VC firm?

Ryan: Very specifically, all of our investments lead with the corporate strategy and that really distinguishes us from any traditional venture capital firm, which does more of a financial analysis for their early stage investing.

Secondly, I would say that we don’t have a dedicated fund. We think more about the capital deployed and the timeline to hit the milestones versus a single fund having a seven to 10 year life.

Our incentives are very like those people who drive J&J's businesses — getting the next blockbuster compound into a development cycle for our pharmaceutical business and the next important surgical innovation for our orthopedic or surgical businesses.

MD+DI: How often does it happen that JJDC makes an equity investment in a company and then the company gets acquired by J&J later?

Ryan: We generally will say that approximately every 18 months J&J will do an acquisition of something that is in our portfolio. Where it gets a little tricky is when you look at our biopharma investing. We may invest in a company that has three programs underway, and out of programs A, B and C , J&J will in-license C and that then goes into our pipeline.

That “counts” as strategic on boarding but the reality is that JJDC remains an investor, and we still hold the equity in that entity going forward. So it might go public, and it might get acquired by somebody else. So the biopharma portfolio has the potential for more outcomes than just a pure M&A outcome.

A venture-backed medical device company typically has one product and they are focused on bringing that product to market.

MD+DI: How are you looking at medical devices investing these days?

Ryan: It’s hard for us to build a very large portfolio of early stage assets. So what we have tried is to look at a three-to-five year time horizon. What we have done is actively supported activities such as Medtech Innovator, which provides prize money to a promising startup through a contest. The finals are at AdvaMed 2015 this year in San Diego in October. That helps an early stage medical device company win some prize money.

We’re also very active with Stanford Biodesign and any ancillary activities around company formation. You’ll see more and more us doing those kinds of activities.

That being said last year we made several new medical device investments, one of which was a Series A round in a relatively new startup company.

MD+DI: Could you tell us more about this startup?

Ryan: Sure. It's called Cala Health and the technology was originally developed out of Stanford Biodesign. The technology is a very interesting therapeutic wearable device for movement and other disorders.

And then the CEO was a woman, so I was excited about that. You have an early stage company with super cool wearable technology and a female CEO, and I was like 'I got the winner winner chicken dinner.'

MD+DI:  What drives your investments in devices? Can you mention any technologies that you see as game changing?

Ryan: I think at the core of what we hold ourselves to is investing in transformational innovation. If it's a turn off of our current platform, we should be doing it with our internal R&D resources. So we do look for something that is breakthrough technology and breakthrough innovation.

But ultimately it's about the people. I will go back to the Cala Health startup example. I didn't know the CEO at Biodesign but got to know her later and then having someone like Scott Delp, who is a well-known serial entrepreneur, academic type here in Silicon Valley was really important for us to make that early stage investment.

As for game changing technologies, is there a way to take a highly invasive procedure and make it minimally invasive? Are there disease states where you can use a procedure and reduce the drug burden and improve patient outcomes? So those types of technologies and potential opportunities are front and center for any investor in the marketplace whether they be strategic or financial.

MD+DI: How are you looking at global investment especially in Asian companies?

Ryan: This might be a bias that we have today but for large corporate players because there is so much capital in China in particular, we don't tend to see the more cutting edge early stage innovation in those markets. Those opportunities really go to the local, China-based investors.

We are seeing a lot of Asian money come to the U.S. market and help fund U.S. companies.

Earlier this year, we announced that we have contributed $15 million to Vivo Capital's latest fund so as to tap into more directly a local investor in the Asia market for medical device and pharmaceutical innovation. It's a very rare activity for us.

We were not prepared to put a medical device investor there just yet and we thought that Vivo has been a phenomenal partner to us for many many years across our businesses so we felt very comfortable investing along side them.