Can You Help Prevent These Insulin-Delivery Errors? 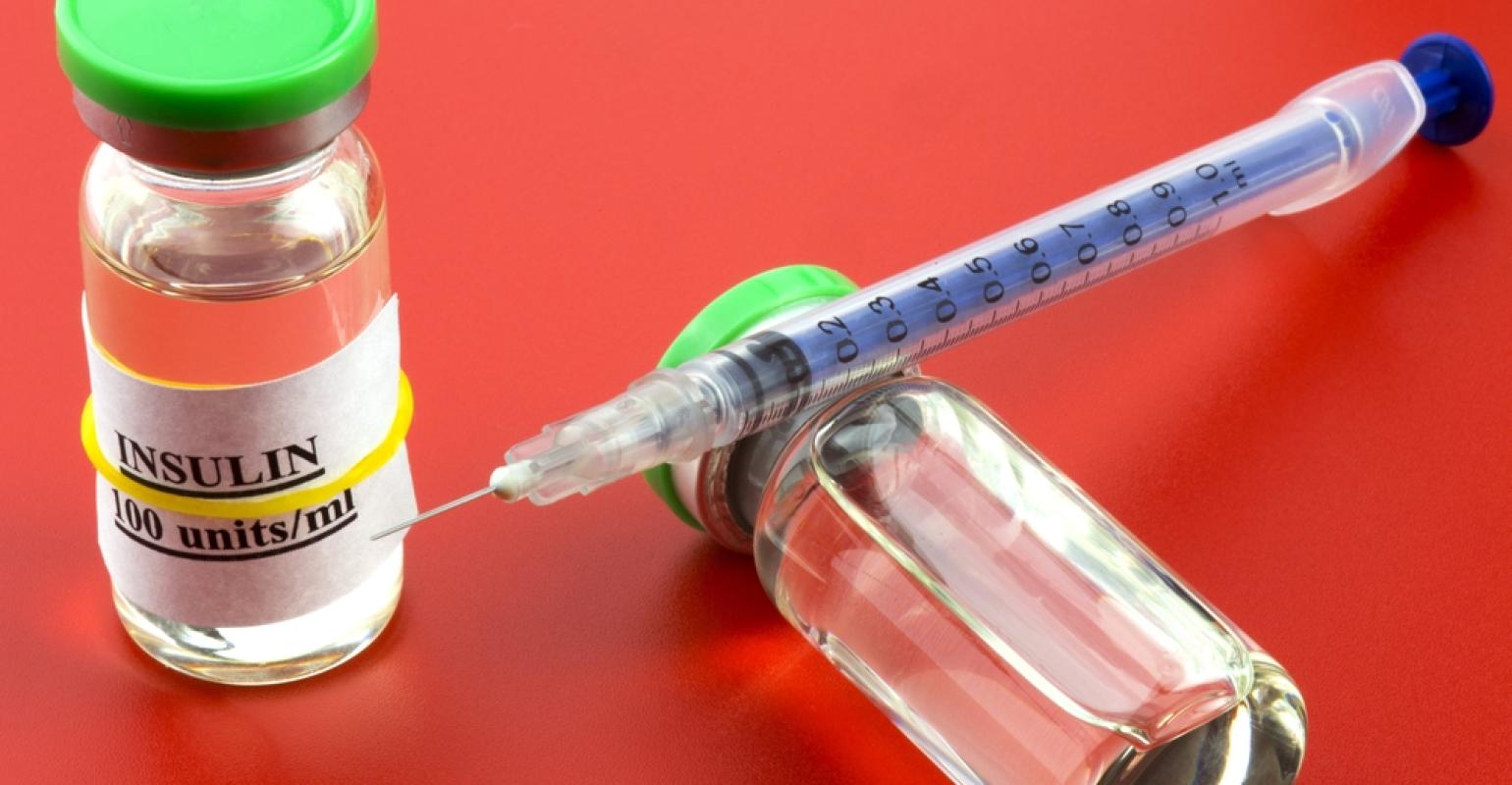 To identify the risks associated with subcutaneous insulin delivery, ISMP has released a set of consensus-based recommendations entitled ISMP Guidelines for Optimizing Safe Subcutaneous Insulin Use in Adults.

Numerous stakeholders contributed to the development of the guidelines, which grew out of a national summit ISMP held with practitioners, professional organizations, regulatory bodies, and insulin product vendors. “Key areas of action that are addressed in the resulting guidelines include prescribing, pharmacy management and distribution, preparation and administration, insulin pen and vial use, monitoring patients, and patient education,” said Paparella.

Errors with subcutaneous insulin use involve a range of factors, such as misunderstood syringe measurement scales, misread labeling, misused devices, inappropriate dose timing associated with glucose monitoring and meals, and other issues.

For instance, ISMP has received several reports of errors related to dosing confusion caused by the previous unavailability of a syringe with a U-500 scale, reported Paparella. “This required practitioners to measure U-500 insulin doses with a U-100 syringe or tuberculin syringe, and to teach the patient how to communicate their doses in ‘syringe units.’ For example, 200 units of U-500 insulin would be measured by drawing up 40 ‘syringe units’ on the U-100 syringe. But too often, patients do not understand the difference between U-100 and U-500, so they inaccurately state the volume of insulin they draw up in the U-100 syringe as their actual dose of U-500, or healthcare practitioners misunderstand their dose and confuse the two concentrations, which can lead to five-fold dosing errors and possible life-threatening hypoglycemia or hyperglycemia.”

Patients using U-500 insulin (and not using an insulin pen) should use a U-500 syringe to measure their dose, Paparella said. However, “health systems often have been unable to successfully adopt this safety strategy for their inpatient population because the U-500 insulin syringe does not have a safety needle required by most healthcare organizations to prevent against inadvertent needlestick injuries to staff,” she said.

Another source of risk is related to the fact that intermediate and long-acting subcutaneous insulin doses are often not dispensed in the most ready-to-use form in inpatient settings, Paparella said. ISMP has received “an expanding volume of error reports associated with healthcare practitioners selecting the wrong vial of insulin from unit stock or measuring the wrong dose when preparing from a vial. Many of the wrong drug errors are due to insulin name similarity and confusion, or labeling and packaging similarities,” she said. “Many of these wrong drug and wrong dose-related errors could be avoided if pharmacists provided clinicians working in patient care units with patient-specific doses of intermediate- or long-acting insulin in ready-to-use bar code-labeled syringes. Prefilled syringes from the pharmacy are also labeled before distribution, which is not always the case when using clinician-prepared insulin syringes. Pharmacy labeling has a role in reducing the risk of wrong patient errors and syringe swap events during administration.”

Insulin pen devices are an alternative to the use of a vial and syringe, but their use presents other risks. “Insulin pens offer a method of insulin delivery that has the potential to provide greater dosing accuracy and ease of use, and a lower risk of hypoglycemia in ambulatory care settings, when used in comparison to conventional insulin vials and syringes,” she explained. “However, ISMP has received reports of errors associated with self-administration of insulin using pen devices—most have been related to pen design flaws, not inverting and rolling insulin pens to properly mix the insulin before use, injection technique errors (e.g., not keeping pen needle under the skin for 6 seconds to prevent leakage from the injection site or twisting the dosing dial back down to zero instead of pressing the injection button on a pen to administer a dose), misreading the dose, and other measurement errors."

In addition, Paparella reported that “the design of some pens can predispose patients and healthcare practitioners to hazards and other types of error with injection technique. For example, nurses unfamiliar with insulin pen administration technique have reported seeing a ‘wet spot on the skin post injection due to insulin leaking from the injection site because the needle was not left in place for 5-10 seconds after injection. Needlestick injuries have also been reported after misaligning the angle of the pen injection, which allows the needle to travel through the patient’s skin and into a nurse’s finger. Insulin cartridges within pens have been misused as multiple-dose vials when staff who preferred to administer insulin using a conventional syringe attempted to withdraw an insulin dose from the pen’s cartridge. This practice could introduce air into the cartridge or reservoir, leading to possible insulin under-doses and subcutaneous injection of air if the pen is used for a subsequent dose.”

To reduce the chance of dosing mix-ups or using a patient’s insulin pen for more than one patient, ISMP has included in its guidelines a recommendation that before dispensing, pharmacists “apply a patient-specific bar code label on the body of the insulin pen (not on the removeable cap) without obscuring the dose counter/dose window and that steps be taken to use bedside bar code technologies to ensure that only the correct patient-specific label can be scanned at the bedside,” explained Paparella.

To address other risks associated with labeling, ISMP encourages U.S. manufacturers, regulatory agencies, drug information content providers, and healthcare facilities to work concurrently to remove irrelevant information from insulin labeling to help reduce the risk of errors in management and distribution, Paparella said. “Terms such as human recombinant, rDNA, and recombinant DNA origin are no longer needed to describe the origin of the insulin products. This information takes up valuable space on electronic displays and product labeling and is not needed for product selection. When included on the label, important dose or concentration information becomes more difficult for healthcare practitioners to locate. The FDA has agreed and has removed this requirement for the nonproprietary name. Drug information vendors and electronic health record (EHR) vendors should also aim to remove irrelevant information from their display for the same reason.”

In terms of some of the risks associated with blood glucose monitoring, the Pennsylvania Patient Safety Authority has received many reports regarding miscommunication of glucose testing values, which has led to the administration of incorrect insulin doses and subsequent hypo- or hyperglycemia, Paparella says. “In a review of insulin dosing errors occurring in inpatient settings, more than 1 in 10 wrong dose errors involved breakdowns with receiving or communicating patients’ blood glucose values, particularly glucose values obtained with bedside monitoring devices. Specific problems reported include communicating an incorrect value, confusing the patient’s weight for his or her blood glucose level, and communicating the wrong patient’s value, as well as simply documenting the wrong result,” she explained. “This is why a standardized process for blood glucose monitoring which includes automated, interfaced blood glucose testing devices is paramount to safety.”

ISMP will offer the symposium "Subcutaneous Insulin in Adults: Addressing Risks and Optimizing Safety" on December 6, 2017, in Orlando.

For the latest insights on medical product development, R&D, user-centered design, and more, attend the conference at MD&M Minneapolis November 8-9, 2017.