Can You Help ASCs Access the Latest Medtech Advances? 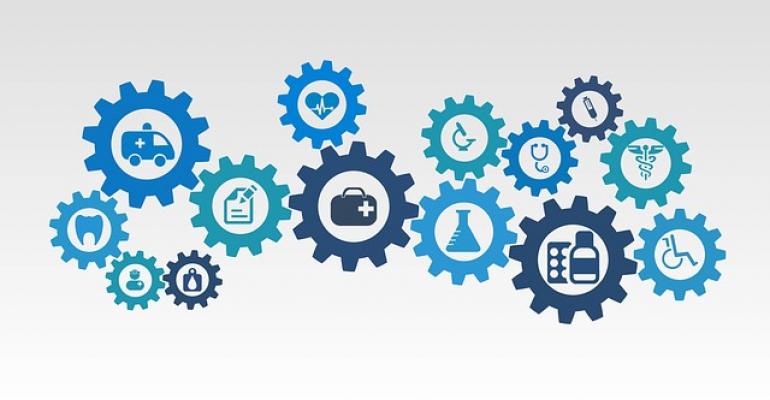 ASCs are poised for “huge” growth, Leggett predicted. “Any procedures now being done in hospitals for qualified outpatient candidates are being encouraged to be performed in ASCs by payers.” These facilities currently specialize in outpatient surgeries for specialties such as orthopedics, spine, general surgery, gastrointestinal (GI), ophthalmological, ear-nose-and-throat, women’s health, and pain management procedures as well as some joint-related procedures, Leggett explained.

“Patient satisfaction is high,” he said. “A lot of these procedures are possible because minimally invasive techniques have gotten so good—the OR time is less—often less than 90 minutes.”

In terms of other procedures that could move into ASCs, he said “it really depends upon the patient classification.” He expects that “over the next decade, higher-acuity cases will move more into ASCs, while some procedures now performed in ASCs will move into office settings, which cost even less.” The latter includes some ophthalmology and GI cases along with pain management, he said.

Leggett said that infection rates and price points are lower and patient outcomes are better for procedures performed in ASCs compared with those performed in hospitals. Citing a 2016 study by The Healthcare Bluebook, the California Ambulatory Surgery Association (CASA) reports that annually ASCs save patients and employers an estimated $38 billion for commercial health plans and save Medicare about $2.3 billion.

CASA also pointed to a 2017 study that found “ASC post-operative surgical site infection rates to be extremely low (or rare) and comparable if not better than hospital outpatient surgery departments.”

“Any time that you reduce OR time, you are decreasing exposure to potential infection,” Leggett explained. In addition, “surgical center environments are more contained than hospitals. Hospitals try to be everything to everyone, and they treat more chronic diseases while ASCs specialize in being the best at performing surgeries, day in and day out.”

When considering new medical device technologies, Leggett said, ASCs do face some challenges. “ASCs are willing to sacrifice some profitability to have access to new technologies,” he said. “But on the flip side, sometimes the latest technologies are not always affordable.”

To implement new technologies, ASCs often commit to certain volumes with manufacturers in order to drop unit prices. Sometimes these volume-based discounts result in using just “two or three different models of joint implants” instead of several different models. “Surgery centers sit down with doctors to ‘think alike’—some may need to forgo certain items in favor of volume discounts,” he said.

Leggett added that disposable instruments in prepackaged kits—which he called “peel packs”—leave less room for infection and create more efficiencies at the ASC. More ideas “in these areas would be helpful,” he said.

When asked about robotic-assisted procedures, Leggett noted that “surgeries such as those for prostate and hernias are getting into robotics, and patients are responding well.” However, systems like “DaVinci are still mainly only in hospitals, but they will move into surgery centers as [purchasing] packages get creative.” He said that surgery centers are negotiating with manufacturers of surgical robotic systems. "The Outpatient Surgery Center of La Jolla after a long negotiation purchased a Navio – Smith & Nephew system and have seen great results from the program," he added.

And when asked about 3D-printed items for personalized implants and devices, Leggett said “they could be in the future,” but pointed out concern about the added cost involved when you “individualize care.”

For now, ASCs are pushing to be embraced by more healthcare payers, and progress is being made. “Blue Shield of California just came out with a differentiation in benefit plans for outpatient vs. inpatient,” he said.

In the meantime, surgery centers continue to compete with hospitals.

“There will always be a need for hospitals,” Leggett said. However, “there should be a seamless relationship. The model that is emerging is hospitals partnering with surgery centers, but the model has to evolve. Hospitals have to be willing to TRULY partner with surgeons. A lot of it comes down to moving toward value-based payments and doctors selecting the right surgical setting for the patient. But contractual relationships often dictate where patients go. Contract relationships sometimes get complicated. In a perfect world, every patient who could go to an ASC would. From a patient advocacy standpoint, I promote ASCs.”