The company wants to study hysterectomy patients to show a revamped version of its power morcellator is safe and effective. But is the proposed study good enough? 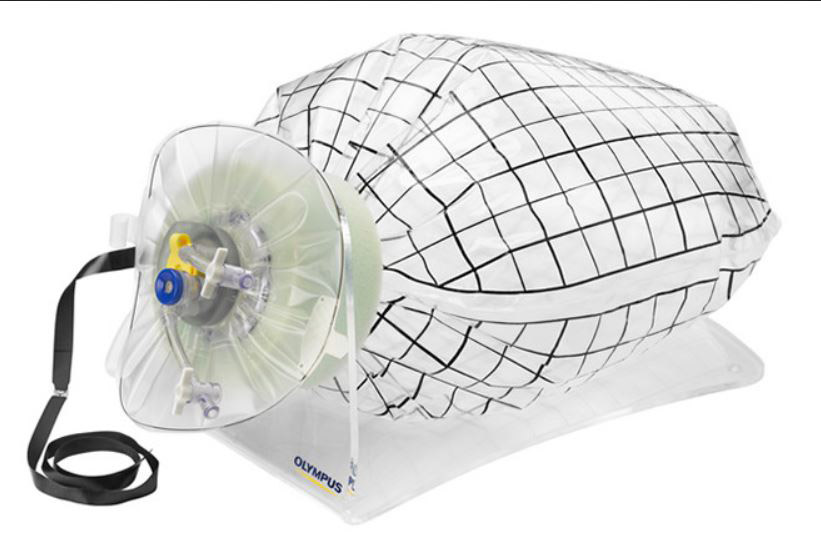 Olympus plans to study a containment device designed to prevent undetected cancer cells from spreading during gynecologic procedures that use the company's power morcellator. FDA cleared the PnemoLiner in April 2016.

Power morcellators may never overcome the negative reputation they acquired a few years ago, but one device manufacturer is certainly giving it the old college try.

Olympus touted its new Contained Tissue Extraction System at a Premier Inc. conference on June 27, where it was featured as a "2017 breakthrough" innovation. The system comprises the PnemoLiner containment device and the company's laparoscopic PK Morcellator. The system was developed as a laparoscopic alternative for women who need a hysterectomy or myomectomy for uterine fibroid removal, Olympus said.

Power morcellators are used to chop up uterine tissue, allowing a patient's uterus to be removed through a minimally invasive laparoscopic hysterectomy. The problem, according to critics of the technology, is that these small pieces of tissue can be spewed around and if they contain undetected cancer cells, can upstage and spread cancer. FDA found that 1 in 350 women undergoing hysterectomies or myomectomies for fibroids has an undetected uterine cancer. Even the FBI has investigated power morcellators. Still, proponents of the technology say the benefits outweigh the risks.

Olympus developed the PnemoLiner to contain potentially cancerous pieces of tissue from getting left behind. FDA cleared the device in April 2016 but required a warning on the label because it has not been proved to reduce the risk of spreading cancer.

Now the company is preparing to sponsor a 140-patient study in order to prove the PK Morcellator is safe when used with the PnemoLiner, a procedure dubbed in-bag morcellation. the 140-patient study, which is set to be carried out at the University of North Carolina. Researchers have not yet begun recruiting patients, and the study will exclude post-menopausal women. Pre- and perimenopausal (the transitional stage before menopause) women between the ages of 30 and 50 will be included, however.

The patient inclusion criteria could have significance because FDA said in 2014 that women in both the transitional and post stages of menopause should not undergo a procedure that uses power morcellators.

Well-known patient advocate Dr. Hooman Noorchashm called the study "critically flawed in its ethics and design," reported the Philadelphia Inquirer. According to the report, Noorchashm has already contacted the North Carolina gynecologists and ethics review board with his concerns.

Noorchashm's wife, Dr. Amy Reed, died earlier this year. Reed had a hysterectomy with a power morcellator in late 2013 and soon after was diagnosed with advanced stage uterine sarcoma. In addition to pushing for a ban on the device, the couple also advocated for a reform of CDRH and in 2015 they penned a column for Qmed's sister publication, MD+DI, on the topic.

According to Olympus, the safety will primarily be determined by the probability of failure (bag rupture or visible tissue dissemination) during the in-bag morcellation procedure. Study safety success will be declared if no more than one failure is observed in 140 procedures. Secondary endpoints will be mostly based on efficacy, with measures like the ease of use, mean procedure time, and length of hospital stay after the procedure. Investigators also will measure complications such as urinary, intestinal or nerve injury during or after the procedure, blood loss during operation, and post-operative pain.