HomeBusinessCan New CEO Save Zimmer Biomet?
Recent
Has Medtech Shifted to a Seller's Strike?
May 20, 2022
Medtech in a Minute: The Industry Loses a Legend, and More
May 20, 2022
NeuroOne’s Bid for Long-term Use of Evo sEEG Shot Down by FDA
May 20, 2022
Minnetronix Improves Image Quality with Surgical Camera and Other Supplier News
May 19, 2022

Can New CEO Save Zimmer Biomet? 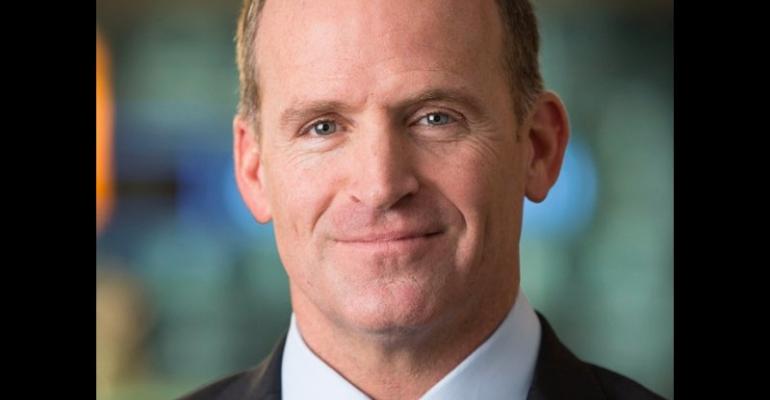 Bryan Hanson is the new president and CEO of Zimmer Biomet. The position became vacant last July when David Dvorak resigned amid investor frustration.
Righting the ship at Zimmer Biomet won't be easy after last year's setbacks, but new CEO Bryan Hanson just might pull it off. Here are five reasons why.

Bryan Hanson knew when he accepted the job of CEO of Zimmer Biomet in December that he had a tall order to fill. The company has struggled with quality control and supply chain problems since December 2016, which has created investor frustration that ultimately led to former CEO David Dvorak's resignation last July.

In his six weeks on the job, Hanson said he has come to realize that the company's current challenges are even more complex than he had anticipated. But during the company's fourth-quarter earnings call this week, MD+DI identified five reasons that Zimmer Biomet could make a comeback under Hanson's leadership.

Learn about smart manufacturing at the MD&M West Conference & Expo, February 6-8, 2018, in Anaheim, CA. Use promo code "MDDI" for 20% off conference registration and free expo access.

Hanson said he has spent "as much time as I possibly can with the commercial team so far," including time in the field working one-on-one with sales staff, visiting customers, going to cases, and essentially trying to spend a day walking in their shoes.

"I've had really good exposure early on to the organization," he said, according to Seeking Alpha transcripts of the call.

That time on the ground could go a long way toward rebuilding the trust that was lost over the past year.

"There's just a lack of trust right now from the sales organization for corporate," Hanson said. "We have given them timelines that we have failed on and they've gone out, through the information they have received from us, approached the customer, only to have to pull back again."

That lack of trust between the sales team and the management team is going to create a situation where even when the company has the supply available, the sales force is going to wait until they feel confident enough in what they are being told to relay the information to the customers.

"I've been in sales and I understand the process, it isn't a light switch that occurs," Hanson said.

That said, Hanson said he is "very confident" in the company's sales organization based on his interactions in the field over the past six weeks.

"But what I see inside of it though, and what I'm hearing from the organization is there has been what I would define as a lack of focus from senior leadership and engagement with the sales organization," Hanson said. "They felt a little orphaned if you will, and that’s going to change. It's changed already."

Previously, Zimmer Biomet told investors to anticipate full resolution of the company's manufacturing and supply issues during the second quarter of 2018. That could still happen, but Hanson cautioned that things like this don't always go according to plan and that he sees "more risk than opportunity" with the current recovery timeline. He did say he is confident that the company now has the right overall strategy in place to turn things around.

Hanson promised to provide more details on the company's recovery progress during the first-quarter earnings call when the company provides its full-year guidance. He did hint, however, that a full recovery is likely to roll into next year.

"I see this as a gradual revenue recovery into 2019," Hanson said. "As we get smarter on the topic and burn down some of these risks through the milestones, we'll give you more insight, but that's where my thinking is right now."

Smart business leaders understand that you have to spend money to make money.

"We've got to have investment," Hanson said. "As an organization, we've been chasing the bottom line because we've had top line misses."

He said the company would concentrate on investing for growth as a primary vehicle for growth. That means earmarking money for R&D as well as investing in the commercial structure to support the existing portfolio.

"We've got to spend more on research and development and bring on innovations that don't just help us in the near term, but also help us in the longer term," Hanson said.

On the commercial side, he said he sees room for broader investments to "be able to have more feet on the street," to drive the portfolio that Zimmer Biomet already has and take advantage of the new products already in the pipeline.

Hanson got on a soapbox when one analyst referred to the company as "Zimmer."

"This is Zimmer Biomet, not Zimmer," Hanson said. "I think it's important because one of the key things that I'm going to be concentrating on is the culture in this organization."

In a way, he said, the company just hasn't become a fully integrated new organization since the 2015 merger of Zimmer and Biomet, which were formally two rivals that both called Warsaw, IN home.

"There are still camps of Zimmer and Biomet and we need to create Zimmer Biomet, forget the legacy companies," Hanson said.

A more subtle distinction was made in the way Hanson referred to the manufacturing facility where the quality control issues occurred. During earnings calls last year the management team often referred to it as "the legacy Biomet facility." During Tuesday's call, that facility was referred to as "the North Campus."

Finally, it may sound corny, but Tuesday's call really seemed to provide a sense of reassurance that Hanson is the type of leader that Zimmer Biomet needs right now.

He joined the company from Medtronic where he was an executive vice president and head of the minimally invasive therapies group. Before that he was a group vice president of Covidien's medical device arm, so he probably knows a thing or two about mega-mergers and that is, perhaps, the reason he is a stickler for closing that culture gap and truly integrating the company into one "Zimmer Biomet."

From the sounds of it, the sales organization has also responded positively to Hanson's willingness to pound the pavement with them, so to speak, and other efforts he has made to engage with them.

Dan Florin, the company's CFO who also served as the interim president and CEO after Dvorak resigned last year, said he noticed a difference at a recent sales kickoff meeting where Hanson spoke to a room full of sales team members.

"Having been to a number of these sales meetings before, I can tell you the energy, the enthusiasm, and excitement of our sales team is off the charts compared to where it's been," Florin said. "Bryan did a terrific job and really connected with the sales team."