Can a New CEO Right the Ship Before Zimmer Sinks? 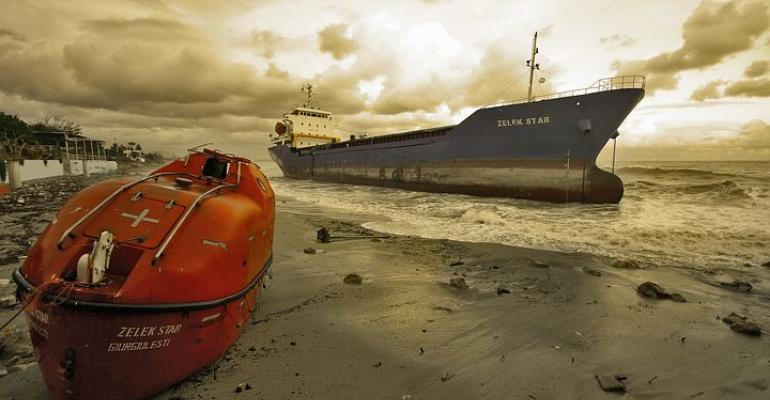 Faced with an ongoing CEO search and manufacturing problems, Zimmer Biomet's third-quarter financials missed the mark on both revenue and earnings per share. But there may be a turnaround in sight.

It's been a touch-and-go sort of year for Zimmer Biomet, and the company continues to batten down the hatches.

FDA hit the Warsaw, IN-based orthopedic device maker with an unusually long Form 483 last December based on quality control problems at its legacy Biomet facility. In January, the company went back to the drawing board and unveiled plans to invest $170 million to fix its supply chain and manufacturing and quality systems. Then, in July, David Dvorak resigned as CEO.

This week the company cut guidance for the second quarter in a row after missing the mark on both revenue and earnings per share in the third quarter. But at least one analyst seems to think there is still a turnaround on the horizon for Zimmer Biomet.

"We still view the manufacturing challenges as ultimately fixable and a question of 'when and not if'. Unfortunately, the 'when' has again been shifted out and management now expects a full resolution in 2Q18," analyst Mike Matson of Needham & Co. wrote in a report Wednesday.

Matson said he is "admittedly frustrated with the repeated delays," in the company's remediation progress, but he added that the company's discount valuation and Wednesday's stock sell-off (NYSE: ZBH) adequately account for its issues and that he continues to see Zimmer Biomet as an early-stage turnaround story. The company's share price dropped 5.37% Wednesday to close at $115.09.

Slower-than-expected remediation at the Biomet plant caused supply shortages of certain products, which is why the company lowered its guidance for the year. Still, Matson said he is encouraged by the company's performance in international markets, which are less affected by the shortages. This speaks to the competitiveness of the product portfolio, the analyst noted.

The company also faced some external headwinds during the quarter, including a $5 million revenue impact related to recent hurricanes, particularly in Puerto Rico. Daniel Florin, Zimmer's CFO and interim CEO, told investors on the third-quarter earnings call that like many companies with facilities in the region, Zimmer has encountered ongoing power problems that have caused a more gradual return to full production than originally anticipated. Given the continued instability of infrastructure in Puerto Rico and current safety stock levels, Florin said the company now expects some minor sales disruption in the fourth quarter and into 2018.

Another $5 million revenue headwind was attributed to a disruption in the India market, Florin noted during the earnings call, according to Seeking Alpha transcripts. The government of India recently initiated a significant knee price adjustment, he explained.

One bright spot in the quarter for Zimmer Biomet was the worldwide launch of its Persona Partial Knee System in September. The knee implant is the first major new product jointed developed by the combined company since the merger was finalized in June 2015. Daniel Florin, the company's CFO and interim CEO, said the product launch filled a significant gap in the company's knee portfolio. That hole was created by the divestiture of Zimmer's Unicompartmental High-Flex Knee System in mid-2015, which was required to secure FTC approval of the merger with Biomet.

“That’s an important segment of the partial knee market that we have not been participating in,” Florin told investors on the company’s second-quarter earnings call in July. He added that early feedback from surgeons was good and that “we have high hopes for Persona Partial Knee.”