Bright Ideas from the Latest Startups 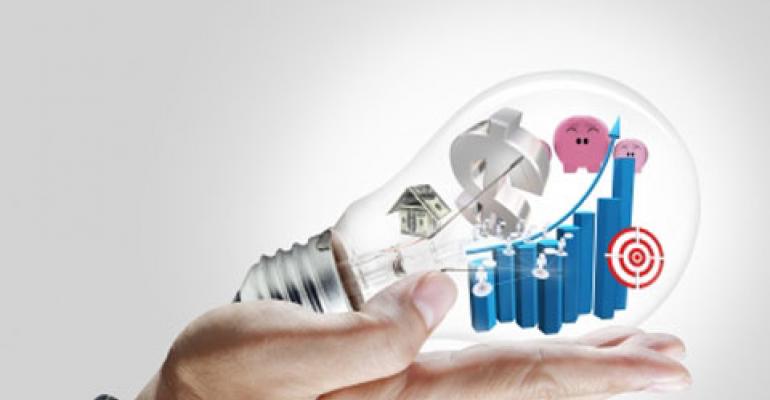 The newest class of startups from NYC-based Blueprint Health debuted at the accelerator's Demo Day on April 24. These young companies are focused on improving patient care, speeding personalized therapies, and increasing revenue for physicians and hospitals.

The newest class of startups from NYC-based Blueprint Health debuted at the accelerator's Demo Day on April 24. These young companies are focused on improving patient care, speeding personalized therapies, and increasing revenue for physicians and hospitals.

The latest healthcare startups are fixated on giving physicians and hospitals the tools to offer better patient care in a faster, more convenient way. Oh, and they're making sure these stakeholders can bring in more revenue or save money at the same time.

Here, we highlight four device- and diagnostic-related startups from the Demo Day:

GlucoIQ capitalizes on the fact that Medicare began paying physicians $40 per patient per month for putting in place a diabetes care management program. According to founder Adithya Ganesh, that payment is contingent on the program allowing doctors to review glucose data each month, including 20 minutes of phone conversation between the patient and a nurse, and enabling a 24/7 messaging capability. GlucoIQ makes it easier for physicians to implement such a program, with software that allows for real-time, HIPAA compliant data collection from patients' insulin pumps. Ganesh, a Thiel fellow, explained that the company's business model allows for roughly $120 of Medicare's annual payment per patient to go to the physician, potentially adding tens of thousands in revenue for the practice. This also gives GlucoIQ a market opportunity of more than $1 billion. GlucoIQ can be reached at [email protected]

Moving Analytics also builds upon the idea of remote patient care, but focuses on cardiac rehabilitation programs. Co-founder Harsh Vathsangam noted that heart attack patients who participate in cardiac rehab programs reduce their risk of having a second heart attack by half, but that only 20% of patients take part in rehab, often because of the required burden of in-person sessions. Patients had to go to 36 rehab sessions and potentially pay as much as $1800 out-of-pocket for the therapy, Vathsangam explained. Until recently, billing for cardiac rehab was only allowed for in-person visits. Now, Moving Analytics has made it possible for patients to go through the cardiac rehab program remotely, by providing a digitized version of the MULTIFIT standard-of-care program. As explained during the pitch, patients get a personalized plan from a nurse, who checks in with patients weekly on the phone. Patients complete the various goals of the rehab program and can chat with caregivers using the platform as well. This satisfied all of Medicare's requirements for payment, Vathsangam said. The company has already signed three hospital contracts and is aiming to bring in $600,000 in revenue from 10 hospitals in 12 months. Moving Analytics can be reached at [email protected]

Limestone Labs is tackling hospital-acquired infections (HAI) with its CleanSlate device. This is a santifizing system that uses ultraviolet technology to disinfect healthcare workers' smartphones and other portable electronics. According to co-founder Taylor Mann, one in four portable devices are contaminated with pathogenic bacteria, and one in 20 patients will contract an infection. This has become a financial issue for hospitals as well, since Medicare can refuse payment to hospitals for the cost of care associated with HAIs. The CleanSlate system, in tandem with software, can also allow for automatic tracking and measure compliance with sanitization rules. Mann explained that the company charges hospitals $175 per month for each CleanSlate system. He noted that CleanSlate can benefit hospital finances, save nurses time, and give infection prevention and control professionals data that can be used to make improvements. According to Mann, CleanSlate is already being used in three pilot hospitals and the company has just recently signed its first purchase order. Limestone Labs can be reached at [email protected]

Signifikance came out of co-founder Iker Huerga's frustration with the 12 weeks it took for his dad, who was diagnosed with prostate cancer, to receive lab results telling him more about his disease. Huerga, who was previously a senior data scientist at Memorial Sloan Kettering Cancer Center, had first-hand experience with the manual process of matching a patient's genomic data with personalized therapies culled from medical literature. Signifikance's platform can cut this manual undertaking down to a one-hour turnaround. At just $100 per report, this could add up to $1 million in revenue for each genetic lab, Huerga posits. And, with 3500 labs, this equates to a $3.5 billion market opportunity. Huerga said the company has three signed customers and has been growing revenue 50% month over month, from ~$5000 in January to ~$35,000 in April. The goal is to reach a run rate of $1 million by the end of 2015. Signifikance can be reached at [email protected]

To read more about these and the other startups who presented at Blueprint Health's Demo Day, check out the Winter 2015 Alumni page.