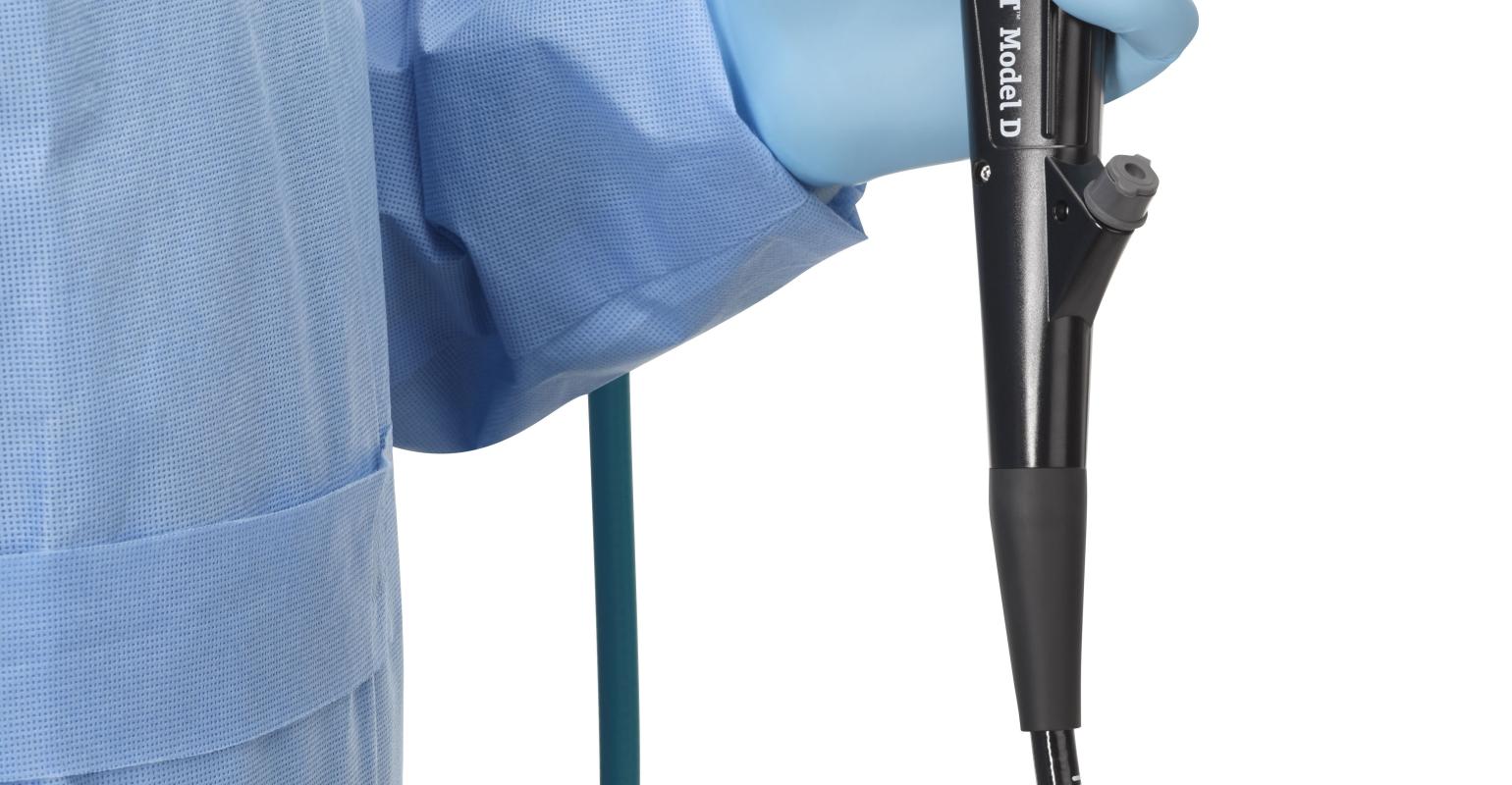 A company-sponsored consecutive case series of Boston Scientific's Exalt-D (shown above) found that expert endoscopists are able to complete endoscopic retrograde cholangiopancreatography procedures across a wide range of complexity using the single-use device.
The availability of a fully disposable duodenoscope represents a major step toward improving the safety of these devices, which have been associated with high contamination rates.

Contamination on duodenoscopes after reprocessing continues to be a major concern in the United States, but a recent FDA clearance represents a major step toward combating the problem.

Boston Scientific snagged clearance to sell its Exalt-D single-use duodenoscope in the United States to provide visualization and access to the upper gastrointestinal (GI) tract to treat bile duct disorders and other upper GI problems. The Exalt-D is the first fully disposable duodenoscope to reach the market. The company is planning a limited U.S. market release of the device during the first quarter of 2020.

Duodenoscopes are the flexible, lighted tubes that are threaded through the mouth, throat, and stomach into the top of the small intestine (duodenum) to diagnose and treat problems in the pancreas and bile ducts. Jeff Shuren, MD, director of FDA's Center for Devices and Radiological Health, said these devices are used in more than 500,000 U.S. procedures each year. Unlike duodenoscopes that are used on multiple patients, a fully disposable scope like the Exalt-D doesn't need to be reprocessed, he said, eliminating the risk of potential infection due to ineffective reprocessing.

“Improving the safety of duodenoscopes is a top priority for the FDA since such devices remain critical to life-saving care for many patients, and the FDA continues to encourage innovative ways to improve the safety and effectiveness of these devices," Shuren said.

Earlier this year FDA reported that postmarket surveillance studies indicated higher-than-expected levels of contamination on duodenoscopes after reprocessing. That discovery prompted the agency's August recommendation that healthcare facilities either use fully disposable duodenoscopes or ones with disposable endcaps when they become available.

Boston Scientific said it conducted a consecutive case series of the Exalt-D and found that expert endoscopists were able to complete endoscopic retrograde cholangiopancreatography procedures (ERCPs) across a wide range of complexity using the single-use device.

"With the Exalt Model D Duodenoscope, I can perform the same high-quality ERCP procedure with the added benefit of using a brand-new sterile device for each patient," said Raman Muthusamy, the primary investigator for that case series. "I believe the development of this device is a significant advancement in the evolution of endoscopy."

Muthusamy is the medical director of endoscopy and a professor of clinical medicine at the David Geffen School of Medicine at the University of California Los Angeles.