B. Braun CFO Argues for Repeal of Medical Device Tax 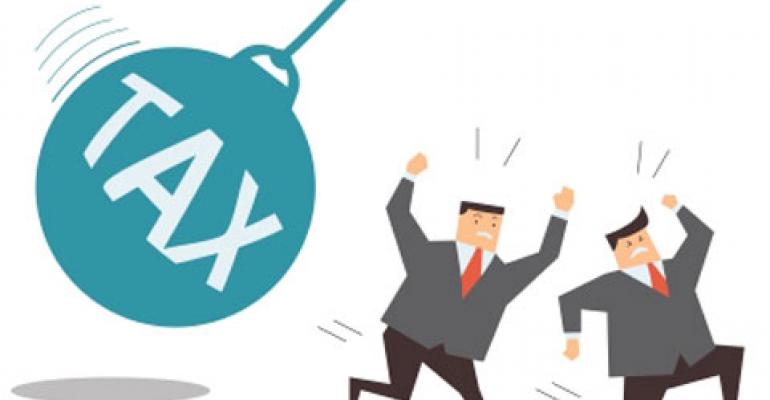 During a Senate subcommittee hearing on the medical device tax, the chief financial officer of B. Braun gave testimony about the tax's negative impacts on the company and its employees.

At a Senate Committee on Finance Subcommittee on Health Care hearing held Thursday morning, the chief financial officer of B. Braun, a major medical device company, took the floor to plea for a repeal of the medical device tax.

The hearing, titled "A Fresh Look at the Impact of the Medical Device Tax on Jobs, Innovation, and Patients," was held to explore the idea of legislation to repeal the tax. The notion of a tax repeal has enjoyed broad bipartisan support in the House and Senate. Legislators from healthcare-heavy states like Massachusetts, California, Minnesota, and Pennsylvania have been especially vocal on the topic.

Bruce Heugel, senior vice president and chief financial officer of B. Braun of America, told senators Thursday that although the company has not had to undertake a large workforce cut, its American medical device staff has been reduced by 200 because of budget constraints. Workers were not given raises twice, which Heugel says is the first time ever that B. Braun has not given raises. Research and development funding and clinical trials were slashed, as were investments in product line expansion, and plans for building a new North American headquarters campus and training center.

Additionally, Heugel said, B. Braun of America is on a hiring freeze, employees must pay for more of their benefits, and the pension plan has been cut. His testimony contrasts sharply with the findings of a much-cited November 2014 report from the Congressional Research Service that estimated minimal impact to the industry and employment from the tax.

The Advanced Medical Technology Association (AdvaMed) has lobbied strongly for a tax repeal. In a statement released Thursday, Stephen Ubl, president and chief executive officer of AdvaMed, said, "A recent survey of AdvaMed's membership underscores the need to repeal this tax, as companies are forced to curtail R&D and other capital investments—cuts that may chill medical progress for decades to come. More than half of survey respondents (53 percent) said they had reduced R&D as a result of the tax, and 58 percent said they would consider further or first-time reductions in R&D if the tax stays in effect."

Heugel's description of B. Braun's experience mirrors AdvaMed's observations. He noted that the company's federal tax bill increased by 29% and that since the medical device tax is a tax on revenue, not profits, they are taxed on young product lines that aren't yet turning a profit. He also noted that the potential benefit of new covered patients has not offset the impact of the tax for B. Braun, and that the tax has been a large factor for the decline in the company's operating margins the last two years.

Senator Patrick Toomey (R–PA) started the hearing, frankly admitting that he wants to see the medical device tax fully repealed. He highlighted a few medical devices, including HeartWare's HVAD for severe heart failure, a Synthes spinal implant, and Cyberonics's vagus nerve stimulator, as evidence of innovation in the industry.

Senators also heard from other stakeholders in the debate, including one former medical device research employee who lost his job due to the tax impact, and two patients, one of whom expressed her gratitude for insurance coverage under the Affordable Care Act and another who lamented the potential loss of R&D and technology development that could further disease treatments.