Bigfoot Biomedical is up against Medtronic and other big players in the race to get an artificial pancreas to market. 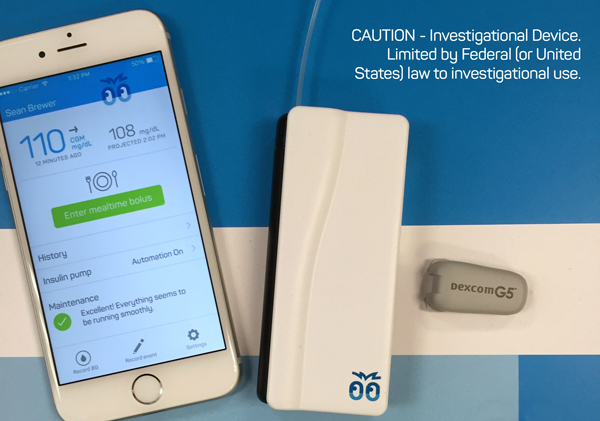 The founders and leaders of tiny Bigfoot Biomedical each have at least one family member living with type 1 diabetes. So their motivation in creating the first artificial pancreas may have more of a personal motivation versus say, Medtronic, which recently confirmed it has applied for FDA approval for its version.

The Milpitas, CA, company, founded in 2014, has received FDA approval of an investigational device exemption (IDE) for the first clinical trial of its "smartloop" automated insulin delivery system.

The trial is slated to take place at three closed-loop insulin delivery research sites: Stanford University School of Medicine, in coordination with Lucile Packard Children's Hospital Stanford and Stanford Children's Health in Palo Alto, CA; the William Sansum Diabetes Center in Santa Barbara, CA; and the Barbara Davis Center for Diabetes at the University of Colorado School of Medicine in Aurora, CO.

Type 1 diabetes wreaks havoc on the bodies and lives of patients, many of them children, who have to measure blood glucose levels several times a day and administer insulin to control their blood sugar.

Other companies have been racing to market with different versions of an artificial pancreas for years. Medtronic is touting its MiniMed 670G insulin pump as the world's first hybrid, closed-loop artificial pancreas. It has been boasting of a 124-patient study that found the 670G increased the amount of time patients were in the desired blood-glucose range, without any severe complications, according to a report in the Star Tribune of Minneapolis.

Tandem Diabetes Care just announced a licensing agreement that will allow Tandem to integrate Type Zero Technologies' (Charlottesville, VA) artificial pancreas technology into Tandem's next-generation t:slim insulin pump. TypeZero'stechnology uses algorithms developed from research conducted at the University of Virginia. Thetechnology has been used in more than 28 clinical studies including more than 475 participants, according to the companies. (The diaTribewebsite has a nifty chart of the contenders in the artificial pancreas race.)

The closed-loop artificial pancreas that these companies are developing and seeking FDA approval for is a wearable system that uses a continuous glucose monitor to measure blood sugar and an insulin pump to automatically deliver insulin to keep blood sugar at optimal levels.

With an IDE in hand, Bigfoot can only enroll 50 patients across five U.S. sites in its first trial. But it has some heavy hitters in the lineup. CEO Jeffrey Brewer, whose son has type 1 diabetes, led two other technology startups before serving as CEO of the Juvenile Diabetes Research Fund (JDRF) from 2011 to 2014. The company's chief technology officer, Bryan Mazlish, is the "Bigfoot" to whom a 2014 Wired magazine article on DIY medical devices referred. Mazlish invented a proof-of-concept artificial pancreas system, which his wife and son have been using since 2013.

Mazlish's work inspired the smartloop system, which uses a different dosing algorithm, different software, and different component hardware, according to the company.

The smartloop system "has the potential to change people's lives," Brewer said in a statement that criticized existing therapies as "too expensive, too complex, and requir(ing) intense focus and attention with little support."

"It is designed to deliver better health with greater ease of use, making life simpler for both the patient and the clinicians who treat them, ultimately lowering cost of treatment," Brewer said.