Are Bioresorbable Stents Destined for a Comeback? 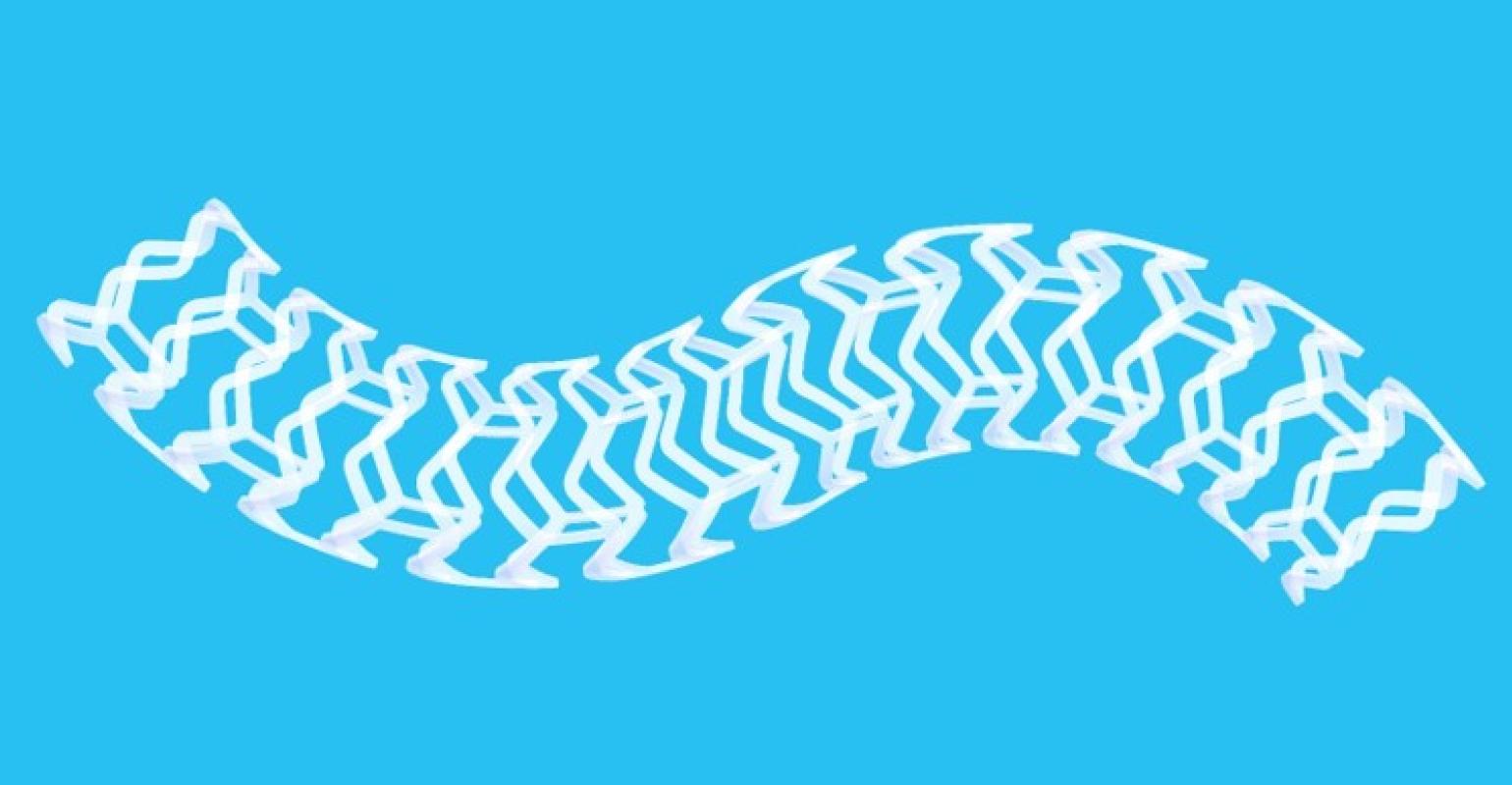 Motiv Bioresorbable Scaffold for Below-the-Knee Revascularization
Reva has received CE mark for the Motiv bioresorbable scaffold to be used for the treatment of below-the-knee peripheral artery disease.

The excitement around bioresorbable stents might have calmed down considerably over the last year, but all that could change. Reva Medical, a San Diego, CA-based company is bringing the technology back into the spotlight with a recent approval. The company has received a CE mark for its Motiv bioresorbable scaffold to be used for the treatment of below-the-knee (BTK) peripheral artery disease (PAD).

The CE mark is also significant for Reva because it marks the company’s entry into the PAD space. The company already has CE mark for its Fantom bioresorbable scaffold, which treats patients for coronary artery disease (CAD).

“For the patients it’s potentially a huge advancement to be able to permanently delay the risk or the need for amputation and to open those arteries up so you don’t have the pain and can have good blood flow,” Reggie Groves, CEO of Reva Medical, told MD+DI. “For us it’s a tremendous opportunity to expand from our first product line in CAD to patients who have intermittent claudication.”

Groves noted the PAD market is much larger than the CAD market and represents a significant market opportunity for Reva. The company will identify over the next few months select centers to assess the product’s performance; inform future product development activities; and determine its complete commercial strategy in peripheral vascular applications. Reva expects Motiv’s first use in patients to be in late 2018 or early next year.

“Our plan in Europe is to identify a couple of centers over the course of the next couple of months and then early in 2019 to begin first human use,” Groves said. “As it relates to the U.S. we’re just in the process now of developing our strategy. We have been working on our strategy for coronary applications for our Fantom [scaffold] and are in discussions with FDA on that product. So, we need to think about the implications of going in and having a second bioresorbable product in discussion with FDA at the same time or whether we want to sequence them.”

Bioresorbable stents were all of the rage at one point. However, many of those hopes were dashed when Abbott Laboratories decided to take its Absorb Bioresorbable Scaffold off the market, citing weak sales and other issues.

Boston Scientific saw the writing on the wall and in August of 2017 announced it would stop working on its bioresorbable stent program. The Marlborough, MA-based company even let a distribution agreement with Reva expire. Boston Scientific originally partnered with Reva in 2016.

“The key thing to understand that Abbott and nearly every other player in the space were all using the same polymer to try to obtain the same bioreabsorption profiles,” Groves said. “They were all using an off-the shelf polylactic acid polymer.

Reva’s technologies use Tyrocore, a polymer designed specifically for vascular scaffolds. Tyrocore is inherently radiopaque, making Motiv and Fantom visible under x-ray to ensure accurate placement in the artery.

Groves added, “When Abbott pulled nearly everyone using the polylactic acid polymer stopped work or withdrew their products because of the failure of Absorb and the linkage to the polymer itself, which then put Reva in the position in the coronary space with Fantom to be a leader in the market today.”

All eyes are now watching Abbott. Even though the company has withdrawn absorb from the market it is still following patients in its clinical trials. Groves said four-year-results are slated to be revealed at Transcatheter Cardiovascular Therapeutics in September and that five-year-results would come next year.

Groves said, “we’re looking forward to seeing their four-year results in September and their five-year-results a year from now because the product will be resorbed in which case it can’t be causing trouble and therefore we hope we begin to see that Absorb outperforms the metal stent comparator that was in those trials.”

There are also eyes on Reva and its progress. Particularly in below the knee treatment of PAD. Groves noted that companies are struggling to come up with BTK treatments but often use drug-coated balloons to treat ATK patients.

“The problem with DCBs that you have is, a very significant percentage of drug that’s on the balloon just washes away with the blood flow and some of it gets embedded in the artery wall,” Groves said. “It’s logical that a scaffold that’s coated with a drug is going to deliver all of the drug to the artery and deliver it over time in a consistent dosage more than balloon therapy can do. The strategics will be watching very carefully to see if our scaffold can perform BTK and then eventually we intend to follow with a scaffold for ATK.”