After FDA alerted physicians that several patients have died soon after having an intragastric balloon placed in their stomach for obesity treatment, Apollo Endosurgery said its Orbera actually has a "very low mortality rate" of 0.01%. 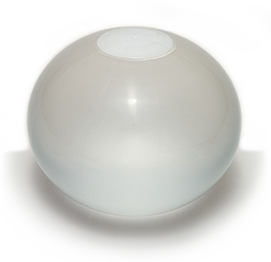 Apollo Endosurgery said its Orbera balloon, approved by FDA in August 2015, has a mortality rate of less than 0.01%.

Apollo Endosurgery CEO Todd Newton was not afraid to be blunt with investors Friday during a conference call to discuss a FDA letter posted Thursday alerting doctors to a handful of deaths involving obese patients with an intragastric balloon device designed to help them lose weight.

A total of 21 patients died while the Orbera balloon was in their stomach between January 2006 and March 31, 2017, which includes clinical trial patients. During this same period, Newton said, more than 277,000 Obera balloons have been distributed. That makes the mortality rate less than 0.01%, he said.

"It is incomplete to talk about a numerator in isolation and lose track, or fail to discuss, the denominator," Newton said. "The very low mortality rate associated with Orbera actually gives an exceedingly strong testimony of the product's safety profile."

Since FDA approval in 2015, five patients have died with the Orbera balloon, and Apollo self-reported all five cases to FDA, Newton said. He also noted that while the cause of death has not been provided or determined in all five cases, Apollo has not received any indication from the physicians or hospitals that the deaths were caused by the Orbera device. That company has not received any product liability-related claims in connection with these cases either, he said.

"Obesity is a real disease, and people suffering from the effects of obesity are often people with a number of co-morbid conditions," Newton said. "Many times they are taking a variety of medications. These are patients whose obesity is presenting them with serious, real health issues and concerns. They should be closely evaluated by a physician before making the decision to place a balloon, and following the balloon's placement they should be closely monitored by the provider."

The company also does not advocate medical tourism for the treatment of obesity for the same reasons, Newton added.

Looking at the available data related to the five patient deaths the company reported to FDA since the device was approved, it appears that one U.S. patient who died while the balloon was in place had traveled to Mexico for the procedure.

"In each of these cases, we are not aware of any evidence that suggests device malfunction or failure," Newton said. "We believe our training program is very effective. It emphasizes patient selection based on the FDA's approved indications for use, as well as training physicians on contraindications."

Considering most of these patients died last year, and FDA has known about these cases for a while now, one analyst asked during the call why the agency has suddenly decided to post the alert letter. The letter also refers to at least one patient who died with ReShape Medical's Integrated Dual Balloon System. Both devices received FDA approval in 2015, within a few months of each other.

"Why now? The fact is, we don't know," Newton said, although he did offer a guess. "My speculation is ... FDA simply views obesity as a serious chronic disease state, and the patients afflicted as being high-risk patients, as a class. I don't think the FDA views intragastric balloon therapy as a cosmetic or aesthetic procedure, and, I don't know, perhaps they're hearing too much of that."

Aside from that, Newton said, there has been no indication from the trends or from the rate of reported events that would suggest the company has hit any kind of trigger that would have prompted the letter now, versus when the incidents were first reported.

One thing that is certain, the company's stock took a big hit after the letter was published. Apollo's shares (NASDAQ: APEN) sold off nearly 26% Thursday. The company's conference call seemed to help, however, as the stock rebounded 3.92% to close Friday at $4.51.