Alere still isn't ready to fold, but Abbott is long past ready to walk away from the $5.8 billion deal the two companies agreed to a year ago. 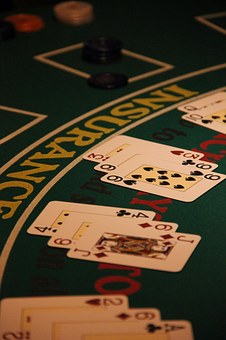 But that advice isn't always easy to follow, especially when there's a $5.8 billion deal at stake.

Alere CEO Namal Nawana reassured investors this week that the company remains "highly confident" that its merger with Abbott will close according to the terms of the agreement the two companies signed nearly a year ago.

But Illinois-based Abbott is still doing everything it legally can to walk away. The company filed a complaint in early December to terminate the deal, citing "numerous damaging business developments" that made Alere a less valuable asset.

"We continue to work through the steps necessary to gain regulatory approvals, as is required, but Alere clearly is not the company we agreed to buy and [we] look forward to showing why that constitutes a material adverse event in court," Scott Stoffel, an Abbott spokesperson, told Qmed on Friday.

Alere revealed in March that it had received a grand jury subpoena from the U.S. Department of Justice related to its sales practices for 2013 through 2015 in Asia, Africa, and Latin America, and to matters related to the U.S. Foreign Corrupt Practices Act. A few weeks later, Abbott offered to pay Alere between $30 million and $50 million to kill the deal, but Alere's directors declined.

Alere also delayed filing its 2015 annual report until August last year, citing "material weaknesses" in its internal control over financial reporting for 2014 and 2015. Then, when it seemed as though Abbott may have been dragging its feet to secure regulatory clearances necessary for the merger, Alere took Abbott to court to compel the company to uphold its end of the deal.