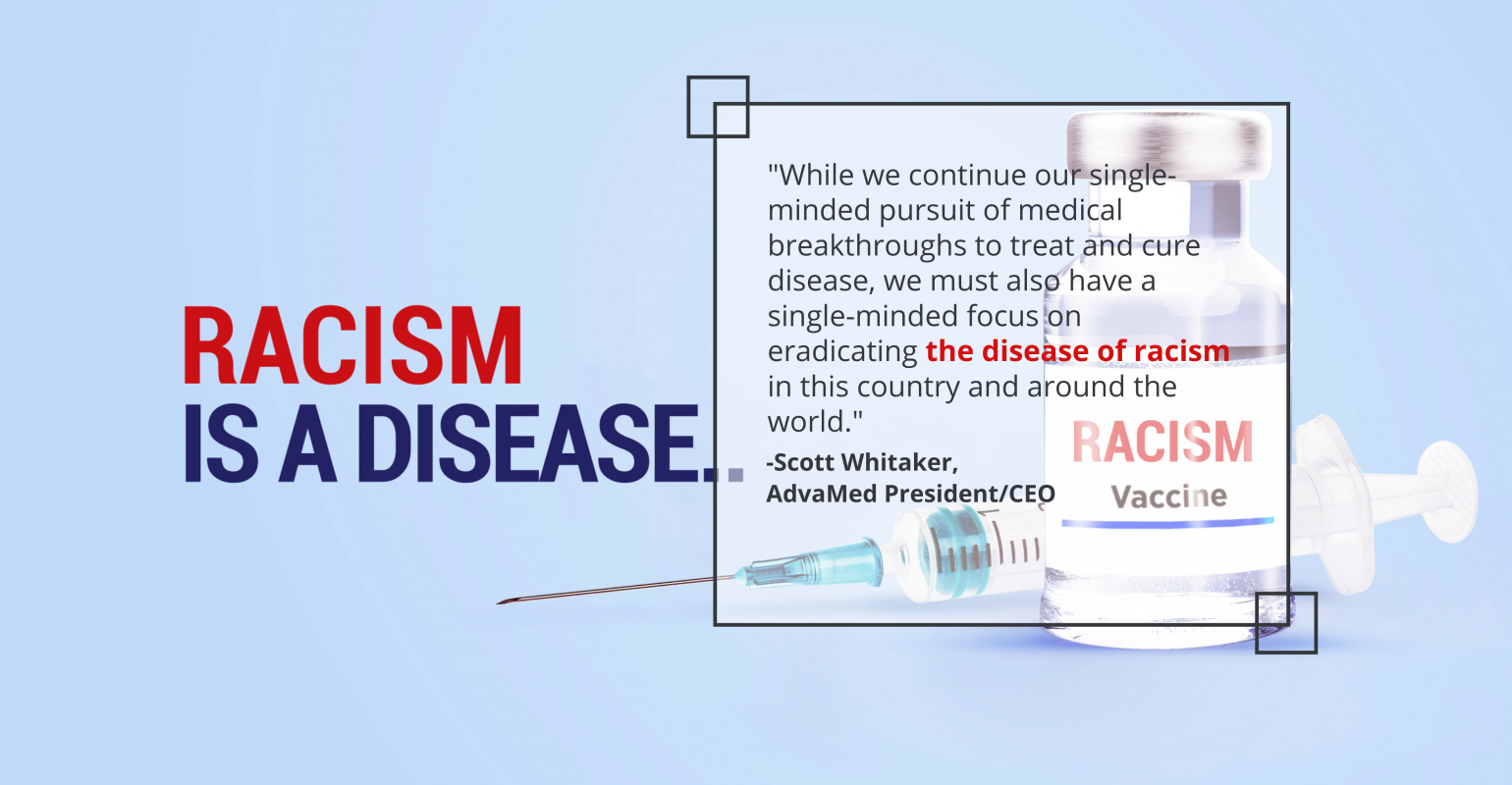 AdvaMed CEO: We Can and Must Stand for the Cause of Equal Justice for All

It's rare that the head of one of the industry's most prominent trade associations takes a stand on a controversial social issue. Find out why Scott Whitaker thinks it's time for all of us to stand up against racial injustice.

As a journalist covering the medical device industry for more than a decade, I cannot recall the last time AdvaMed took a stand on a controversial social or political issue. The trade association is known for advocating on a range of policy issues impacting the industry but tends to avoid the really hot-button topics such as gun violence and police brutality.

"For too many in this country, the fear of a similar fate [to that of George Floyd] has led to outrage, anger, and hopelessness. We are seeing this expressed in cities across the nation, and for good reason. We are proud of our industry’s employees and the countless others who are taking to the streets to exercise their constitutional right to peacefully protest and plead for long-overdue change," Scott Whitaker, president and CEO of AdvaMed, said in an open letter intended for the entire medtech community. "We must all stand up. We must all listen. We must all act."

Whitaker acknowledges in the letter that, as a healthcare organization, AdvaMed does not have the solution to a cultural crisis like the one we face today. But, he says, "together we can and we must stand with those who are hurting and suffering ... We can and we must listen to those who offer real solutions to the evil of racism—and then ensure that those who have the power to implement those solutions do so immediately."

In a separate comment on his LinkedIn post, Whitaker explains his reasons for speaking out about the current protests sparked by Floyd's murder, given that he is not typically inclined to engage in controversial social issues.

"Throughout the course of history, often the most meaningful advances have come when political leaders, of both parties, can no longer resist the change rightfully demanded by the people they represent. As a father of a black son, this is very personal to me, perhaps more personal than it should be," Whitaker said. "But I couldn’t allow this moment to pass without acknowledging it. Too many are suffering. Those who are suffering need to know we care and that we support the cause of equality for all."

He closed his letter by reminding the industry that the medical technology community is united in its common mission to improve and save lives.

"While we continue our single-minded pursuit of medical breakthroughs to treat and cure disease, we must also have a single-minded focus on eradicating the disease of racism in this country and around the world," he said.

Judging by the comments, Whitaker's letter was largely welcomed by industry peers who follow him on social media. One such comment came from  Orrin Marcella, the head of U.S. government affairs at GE Healthcare.

"As a father of black children as well, I'm struggling. I have been since August 9, 2014, the day Michael Brown was murdered in Missouri. That was the day my son was born in Washington, DC. But I should have been long before. All of us privileged white people should have," Marcella said. "This is not something for us to 'get past' but rather something we should feel and fight everyday until there are no more Michael Browns and George Floyds."

Patrick Hope, executive director of the Medical Imaging and Technology Alliance, also commented on Whitaker's letter saying, "We shouldn’t be silent when the stakes are this high."