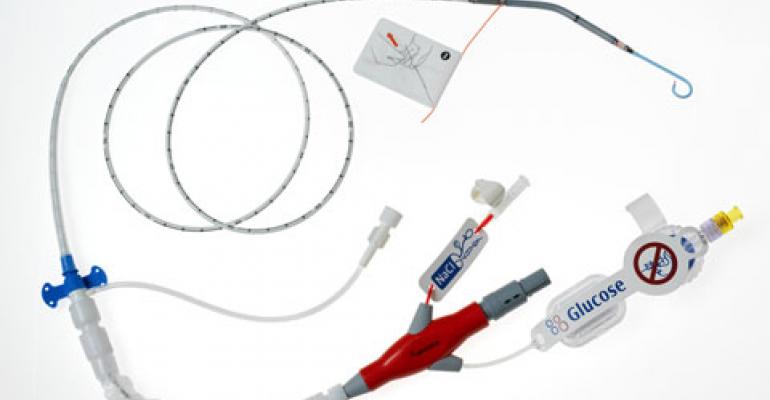 The device, originally cleared under a 510(k), was reevaluted under the 515 Initiative and is now the first hemodynamic support device with a PMA indication for use during high-risk percutaneous coronary interventions. 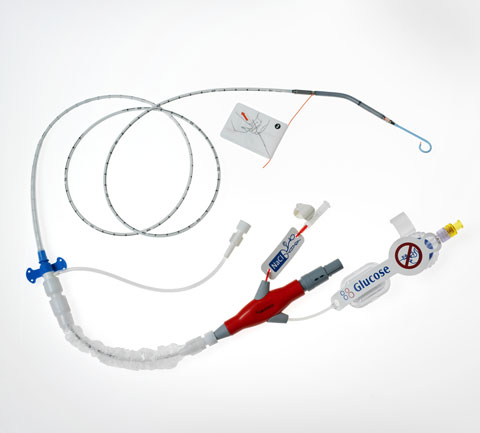 Impella 2.5, the main product for Danvers, MA-based Abiomed Inc., has received FDA premarket approval (PMA) for use in elective and urgent high-risk percutaneous coronary intervention (PCI) procedures. The device, which has had 510(k) clearance since 2008, was evaluated for a PMA under FDA’s 515 initiative.

The approval allows Impella 2.5 to be used as a temporary ventricular support device during elective or urgent high-risk PCI procedures in patients with stable hemodynamics, severe coronary artery disease, and depressed left ventricular ejection fraction. A heart team that includes a cardiac surgeon must have decided that high-risk PCI is the best treatment option for the patient. Impella 2.5 is used to reduce hemodynamic instability and adverse events. The device is meant for six hours or less of therapy, though physicians can decide to keep it in use for more than six hours if preferable.

Abiomed’s chief executive officer, Michael Minogue, said in a press release announcing the approval, “We are excited that Impella has been recognized as a device that can potentially become the new standard of care with a ‘first of its kind’ approval.”

Though a new trial was not required, FDA reviewed a wealth of data on Impella 2.5, including results from the U.S. Impella registry, the PROTECT I, and PROTECT II trials. The data covered 1,638 Impella 2.5 patients and medical device reporting from almost 14,000 patients.

"The rigorous data from FDA clinical trials such as PROTECT I and PROTECT II demonstrate that complex, high-risk patients undergoing protected PCI with Impella 2.5 support experience reduced adverse events, improved quality of life, and are able to return home faster with fewer repeat procedures," William O'Neill, MD, from Henry Ford Hospital in Detroit and principal investigator of the PROTECT II trial, said in the press release. "The heart team approach has evolved into a mainstream practice recognized by the guidelines for determining the need for PCI versus surgery and will continue to act as a platform for the screening and determination of the appropriate revascularization treatment for this high risk patient population."

In the past, FDA has reevaluated a number of device categories which were originally regulated as Class III devices through the 510(k) process, a less stringent regulatory pathway than the PMA process. The agency’s 515 Program Initiative was started in late 2009 to tackle the remaining 26 Class III “grandfathered” device types and determine if they should be moved to less rigorous Class I or II designations or be reconfirmed as Class III devices and follow the PMA process for approval.

Impella 2.5 fell into one of these 26 categories, a nonroller-type cardiopulmonary bypass blood pump, so Abiomed had attained 510(k) approval in 2008 in order to sell the device. In December 2012, FDA’s Circulatory System Devices Panel voted to keep the temporary ventricular support devices within nonroller-type cardiopulmonary bypass blood pumps as Class III devices. This designation resulted in Abiomed pursuing a PMA for Impella 2.5.

Now that PMA approval has been secured, the Impella 2.5 will be the subject of a single arm postapproval study in high-risk PCI patients. Two other products in Abiomed’s Impella portfolio, the Impella CP and Impella 5.0, will be submitted for approval as PMA supplements. Both devices already have 510(k) clearance and will continue to be sold during the regulatory process.

There seemed to be little impact on Abiomed’s Impella 2.5 sales during the new approval process. The company was allowed to keep the device on the market during the PMA process. Over the last two years, U.S. Impella quarterly sales have grown 67%, from $31.1M to $51.9M.

Abiomed’s stock price has tripled over the past few months, from $22.22 in early October to $61.43 Monday evening. ABMD was up almost 20% in early trading Tuesday, above $73.