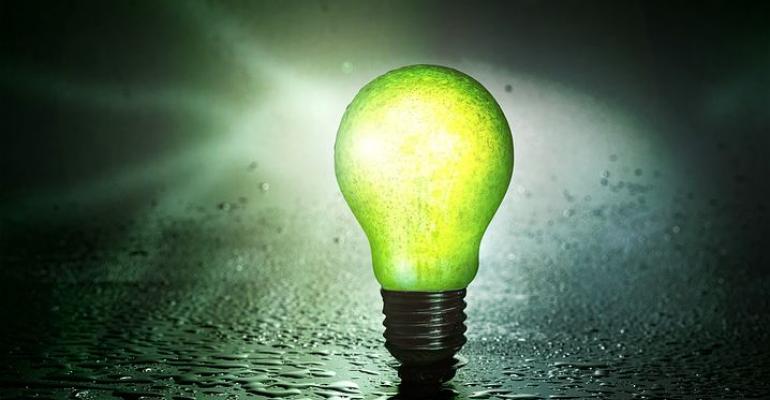 The Freestyle Libre brand has been a game changer and a significant driver in sales for Abbott’s diabetes unit.

The Freestyle Libre 14 day system has a 1-hour warmup and greater accuracy compared to the FreeStyle Libre system (10 day) with a mean absolute relative difference (MARD) of 9.4 compared to 9.7, respectively.  To expand the sensor’s time, Abbott made a slight change in the algorithm.

“Instead of three sensors every month its two sensors every month that people need to wear,” Chris Thomas, director of biosensor technology for Abbott, told MD+DI. “Our whole goal is to continuously improve Freestyle Libre so that it seamlessly blends into your life and it makes life easier for people with diabetes.”

Through just a one-second scan, users can see real-time glucose readings, as well as identify glucose trends with a directional arrow and review eight hours of glucose history. The sensor is worn on the back of the upper arm and is the size of two stacked quarters.

The Freestyle Libre system is supported by both clinical data and real-world evidence that show that people who scan more frequently spend less time in hypoglycemia (low-glucose levels) or hyperglycemia (high-glucose levels) while having improved average glucose levels, demonstrating improved glucose control overall. Abbott said the FreeStyle Libre 14 day system will be available via prescription in the coming months at participating pharmacies and durable medical equipment suppliers in the U.S.

“We’re looking to expand the labelling like we have in Europe for pediatrics,” Thomas said. “Then similar to what we have in Europe we have a focused mobile app strategy so that if you want to carry around one less thing, you can get Freestyle Libre readings on your smartphone.”

Libre has been fairly significant for Abbott and MD+DI said the device’s approval is one of five key events that disrupted the diabetes space. Libre has also been a significant driver in sales growth for the company, said Miles White, chairman and CEO of Abbott, during a recent earnings call.

Thomas said there was no doubt the Freestyle Libre was a game changer for Abbott and said the sensor could lead to strong growth for the company.