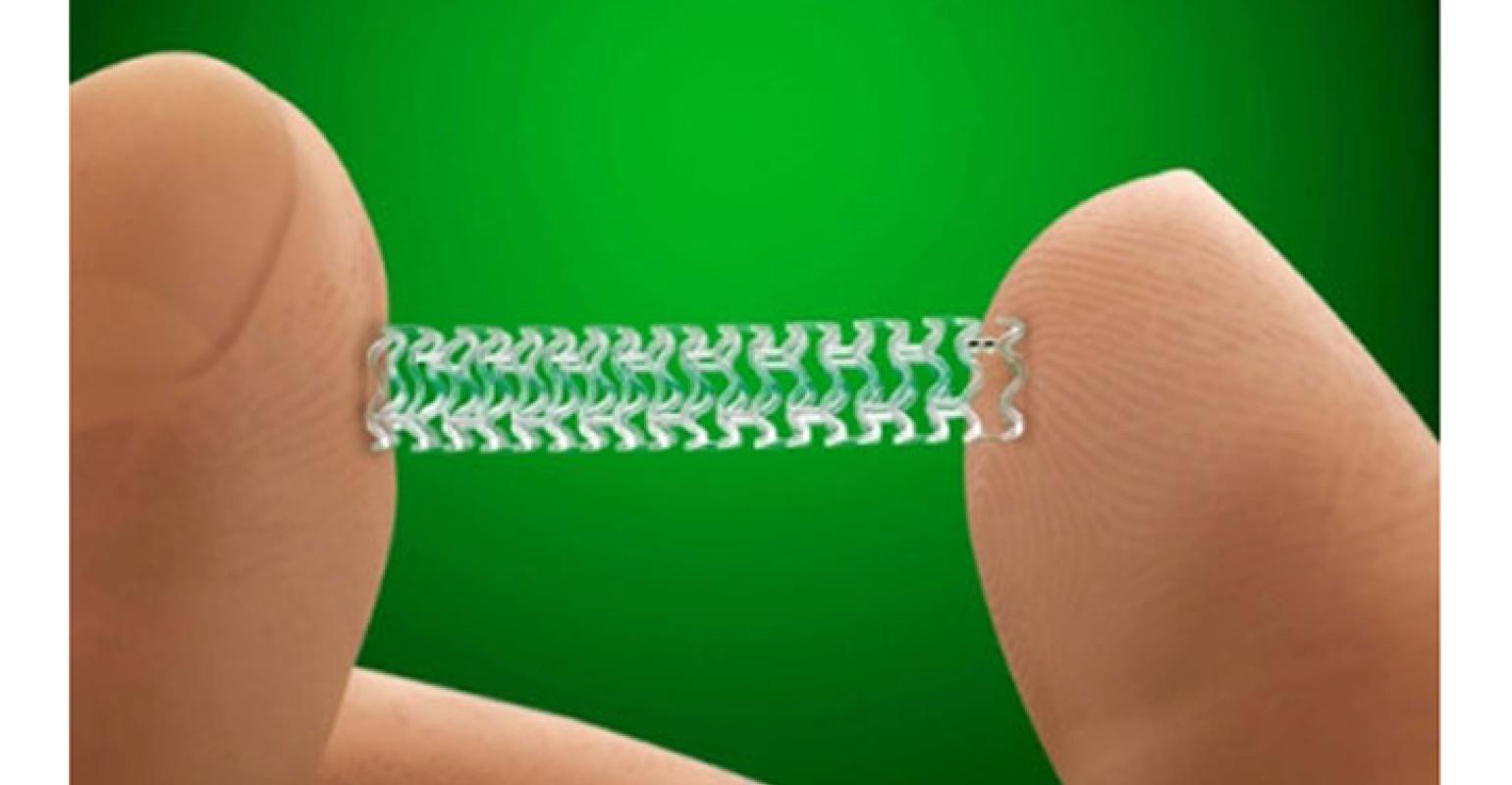 Little more than a year after receiving FDA approval for its Absorb Bioresorbable Vascular Scaffold (BVS), Abbott has announced it will stop selling the device. The worldwide discontinuation of sales, which takes effect on September 14 and covers all sizes of Absorb BVS and Absorb GT1 BVS, is the result of “low commercial uptake,” according to the company.

Though the device will no longer be sold, clinicians can continue to implant the Absorb BVS devices they already have. The company will also continue to assess patients who have already been implanted with Absorb as part of existing clinical trials.

Get advice from Jeri Bates, a medical devices recruiter at Abbott, during the “Jumpstart Your Medtech Career” panel at MD&M Minneapolis, November 8–9.

Miles White, chairman and CEO of Abbott, discussed Absorb on the company’s second quarter earnings call in July. “Absorb has become very much a niche product; that’s for sure. I would have wished for it to be a lot bigger than that,” he said, according to a Seeking Alpha transcript of the earnings call.

Earlier this year, Abbott began monitoring implantation of its Absorb GT1 BVS in Europe. The device was also the subject of a March FDA safety alert noting that treatment with the Absorb GT1 BVS is linked to a higher rate of major adverse cardiac events.

Still, this is not the end of Abbott’s efforts on a bioresorbable platform. “Absorb sales accounted for less than 1 percent of Abbott’s overall stent sales globally. First-generation products often go through iterations as experience is gained using them. Absorb is a highly innovative groundbreaking device, and we’re incorporating learnings into a second-generation product,” Abbott Vascular spokesperson Kristina Becker told MD+DI. “We continue to work on second-generation bioresorbable technology with a smaller profile and improved deliverability to reduce implantation time.”

Speaking to analysts, White said on the July earnings call, "Do we need a bioabsorbable coated stent? I’ll tell you, I think the bigger issue is, I think, we need an even more deliverable stent. The issue right now with physicians is deliverability." He added, "I think the issue is more the deliverability than the coating. We will launch early next year, Sierra, next generation of XIENCE, which will address that. So, that’s what I think is our single most important focus right now."