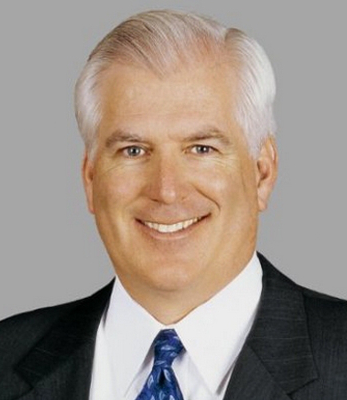 Count Abbott Laboratories CEO Miles White among those who see the company's stock as a good buy.

White on Thursday bought nearly $15 million-worth of company stock, increasing his holdings in the company to about 3.1 million shares from a previous 2.7 million, according to U.S. Securities and Exchange Commission filings.

The amount of Abbott stock White holds is roughly double the 1.4 million shares White owned at the end of 2015, according to Abbott's annual proxy filing with the SEC. White previously purchased $45.5 million of Abbott stock in July.

"The purchase is a reflection of Mr. White's confidence in the growth potential of the company," said Abbott spokesperson Darcy Ross.

White's holdings pale in comparison to the 97.4 million shares and the 93.7 million shares that Black Rock and The Vanguard Group owned respectively in Abbott at the end of 2015. Black Rock owned 6.5% of Abbott; Vanguard owned 6.28%.

Abbott's stock fell more than 11% in value in the weeks after St. Jude Medical, which Abbott is in the process of acquiring for $25 billion, announced a major ICDs recall involving early depletion of batteries. Abbott is also in the midst of legal wrangling with diagnostics company Alere, with Abbott claiming breach of contract in the troubled $6 billion takeover case.

It is possible, then, that White may have seen a good deal post-U.S. presidential election when it came to acquiring more shares of the company he leads.

White last year had the fourth highest compensation among major medical device company CEOs, according to a Qmed analysis in July (download the full spreadsheet). White's total compensation rose 9%, to $19.4 million--with stock awards and option awards going up by nearly a third, to more than $6 million apiece. White's annual salary was $1.9 million.