ADVERTISEMENT
Image by Maklay62 on Pixbay

J.P. Morgan’s 38th annual Healthcare Conference is finishing up (or has finished depending on when you’re reading this). MD+DI editors have compiled a list of the most significant news and happenings from medtech and diagnostics companies that came out of this year’s conference.

There's Not a Clear Definition of Digital Health

Digital Health is one of the hottest spaces in healthcare. However, one of the biggest problems regarding the space is there isn’t a clear definition of just what it is. During a panel at the 38th annual J.P. Morgan Healthcare Conference, American Medical Association CEO James Madara spoke on the confusion, according to a report from CNBC.

He noted that some wellness apps and tools routinely defined as “digital health” are in fact operating on the fringes of the medical sector, according to the report from CNBC.

At Least One Big Acquisition!

Technically Teledoc announcement that it would acquire Intouch Health for $600 million happened before the 38th annual J.P. Morgan Healthcare Conference. But – just a day before so we’re going to include it.

Teladoc Health said this acquisition positions it as the partner of choice for health systems seeking a single solution for their entire virtual care strategy, and establishes the company as the only virtual care provider covering the full range of acuity - from critical to chronic to everyday care - through a single solution across all sites of care worldwide.

Image by StockSnap on Pixabay

Edwards Still Only Has Eyes for the Structural Heart Space

If there’s one thing that can be said about Edwards Lifesciences it’s that the company is consistent. The Irvine, CA-based company has said it will focus on the structural heart space and reiterated that fact during the 38th annual J.P. Morgan Healthcare Conference. The firm’s CEO,
said that’s what makes it radically different from other medtech companies.

Hologic said it plans to turn its attention to tuck-in deals to drive growth after its disappointing $1.65 billion acquisition of Cynosure, a medical aesthetics company. The Marlborough, MA-based company recently divested Cynosure to an affiliate of investment funds managed by Clayton, Dubilier & Rice for only $205 million.

“Divesting Cynosure did remove that overhand,” MacMillan said to investors and analysts during a presentation at the 38th annual J.P. Morgan Healthcare Conference. “Obviously a deal we would not do again, but we also recognized it, took action and moved forward.”

Image by isuru prabath on Pixabay

Livongo hasn’t been public for all that long. But that didn’t stop the Mountain View, CA-based company from having a strong showing at the 38th annual J.P. Morgan Healthcare Conference. Livongo boasted a partnership with DexCom, to integrate a platform with the San Diego, CA-based company’s G6 Continuous Glucose Monitoring system (CGM).

Under the collaboration, Livongo Members the ability to sync data from their DexCom G6 Continuous Glucose Monitoring System with the Livongo platform, providing access to key insights and Health Nudges from Livongo’s Applied Health Signals platform based on their CGM data.

Image By Peggy Marco on Pixabay

The Continuous Glucose Monitoring  (CGM) scene is growing. But with that, there’s more competition for companies like DexCom that have really pioneered the space. Yet DexCom shows no signs of slowing down with all of the new entrants in the market.

During the 38th annual J.P. Morgan Healthcare Conference, the San Diego, CA-based company revealed preliminary numbers that show it brought in about $457 million in 4Q19, which was an increase of more than 35% over 4Q18. For this year, Dexcom currently anticipates total revenue of about $1.7 billion to $1.8 billion, representing an expected growth of approximately 17% to 21% over 2019.

DexCom’s Chairman, President and CEO said we’re not at all looking to maintain the status quo as we increase access and awareness around the world.”

Image by Pexels on Pixabay

Boston Scientific had a good year in 2019. The Marlborough, MA-based company closed on some significant acquisitions and was able to receive FDA approval for the Lotus Edge transcatheter aortic replacement valve. However, Boston Scientific fell a little bit short, according to preliminary earnings presented at the 38th annual J.P. Morgan Healthcare Conference.

During the conference, Michael Mahoney, Boston Scientific’s CEO, said “Our 4th quarter preliminary organic growth rate of 7.3% is a good result but approximately $30 million below the midpoint of our 4th quarter guidance range which is eight to nine.”

Mahoney noted the primary cause of the 4Q19 shortfall vs. the guidance that Boston Scientific provided was primarily in its rhythm management business, where the firm saw some slowdown in its high voltage as well as the EP Business in the 4th quarter.

Despite the miss, Mahoney said Boston Scientific was gearing up for its next chapter.

"The next three years of Boston Scientific we believe will be more exciting than the past three in terms of innovation, financial performance and hopefully shareholder returns beyond that,” Mahoney said.

Illumina is known for big announcements at J.P. Morgan’s Healthcare Conference. Who could forget when the San Diego, CA-based company said it was spinning out liquid biopsy specialist Grail in 2016. This year’s announcement was pretty big too. Illumina inked a 15-year-agreement with Roche.

The collaboration will give Roche the rights to develop and distribute in vitro diagnostic tests on Illumina’s NextSeq 550Dx system and on future sequencing systems. Now Illumina has these types of agreements in place with other companies.

But this is so significant because Illumina managed to stop a $6.7 billion hostile takeover bid from Roche in 2012. The move ended an intense standoff that lasted for months between the two companies. Now, eight years later the two companies are working together in a long-term deal. 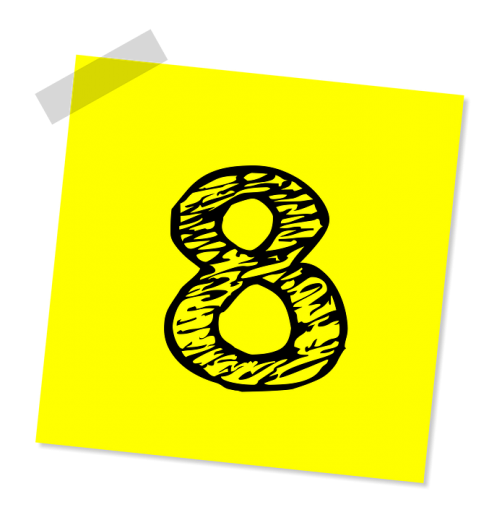