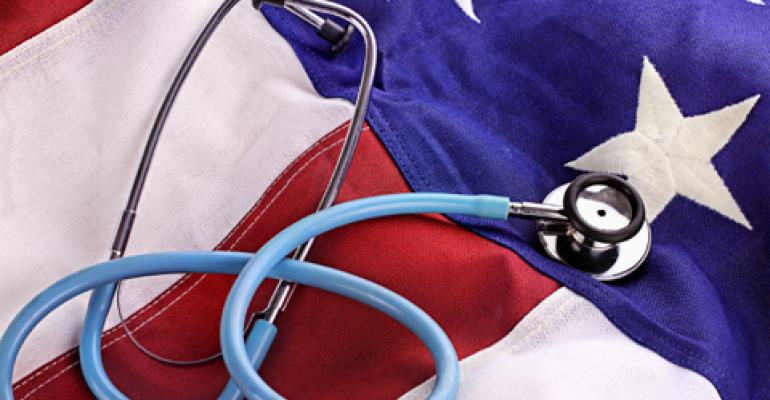 The controversial law has now been in effect for five years and a new report seeks to evaluate the five trends it has helped create or accelerate.

The controversial law has now been in effect for five years and a new report seeks to evaluate the five trends it has helped create or accelerate.

Love it or hate, there's no denying that the Affordable Care Act or Obamacare, has wrought a significant amount of change in the world of healthcare.

PricewaterhouseCoopers's Health Research Institute took a deeper dive into those very changes and in its latest report, enumerate the five trends to watch.

"Not since the Telecommunications Act of 1996, has a piece of legislation sparked such significant changes in a leading sector of the economy," the report posits and few would argue about that conclusion.

So, here are the trends as PwC sees them:

It's not a surprise that report authors have chosen to put the shift of risk at the no. 1 position. This is perhaps the most profound trend to emerge as the ACA essentially moves risks away from traditional risk bearers - the insurance companies - on to payors, life sciences companies and even consumers, the report states.

It's back to the basics as the report states that the Affordable Care Act has brought primary care and its need for sharply back into relief.

PwC has found that more than 90 companies have been formed since 2010 and this includes some that were conceived directly in response to ACA requirements. Omada Health is one such example. It has created mobile and virtual programs to keep people at risk of developing chronic conditions such as diabetes and cardiovascular disease. The Centers for Disease Control just provided pending recognition to Omada Health and two other virtual disease management companies for demonstrating outcomes that proves that they can help people lose weight and gain healthy habits and not become a chronic patient.

The ACA has facilitated the rise of health exchanges taking what has historically been a wholesale business to have a retail angle too. The second year of enrollment brought in 11.7 million people who sought to be covered through these markets, the report said.

When it comes to implementing the ACA, states are key players, the report states.