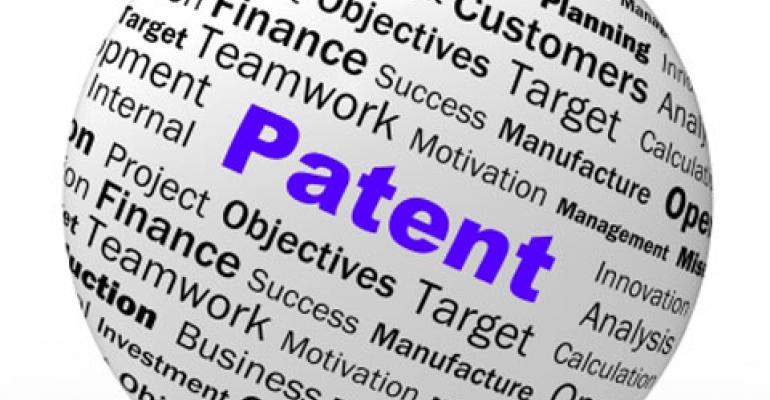 Medical device companies need a superior product and patent protection for their medical devices and related methods of use, but also need to consider a few key factors about U.S. and international patents.

Medical devices, from bandages to replacement heart valves and surgical robots, as well as methods of using such medical devices and related surgeries have become part of our everyday life and are essential elements of modern medical care. Medical devices are also part of a highly competitive and litigious environment, especially when competitors enter the market.

To be successful in today’s marketplace, a medical device company needs a superior product and patent protection for its medical device and related methods of use, both in the United States and abroad.

Patents are critical. A granted patent is a legal right that excludes others from practicing, manufacturing, and selling the technology claimed in the patent (the medical device and/or method of use of the medical device). To obtain such patent protection, a medical device company must submit a separate patent application for each country (or region, in the case of the European patent application) in which it wishes to protect its investment and invention. The time, money, and effort required to obtain U.S. and international patents is an important consideration, because the process to obtain a patent requires a significant investment after filing the application.

For example, in most countries, methods that include a surgical step on a human or animal body are not patentable even if the effect of surgery is not therapeutic. Claim terms such as “non-medical” or “diagnostic” could be used to make a claim acceptable (provided that the claim could be reasonably interpreted to be directed to a non-medical method without producing a therapeutic effect). In Europe, neither methods of medical treatment nor diagnostic methods are patentable subject matter. In contrast, in the United States, surgical techniques and methods of medical treatment, as well as methods of diagnosis or treatment, are patentable subject matter.

2) U.S. Patent Standards Are Different from Rest of World

In the United States, two important requirements of patentability for a medical device (and related methods) are novelty and non-obviousness. Under 35 USC §§102, 103, an invention must be novel and non-obvious to be patentable. The requirement of novelty means that the invention (medical device or method) must be new, i.e., not previously known or used by others. The requirement of non-obviousness means that the invention must not be an obvious variation or combination of subject matter previously known to those of ordinary skill in the art.

Under European patent law, the two important requirements for patentability of a medical device are novelty and inventiveness. Under Article 52 EPC, inventiveness is a strict requirement, and the European Patent Office applies a problem-solution analysis. A European Patent (EP) application involves an inventive step if it solves a technical problem in a non-obvious way. Under EP law, this means that (i) it must solve a problem (if there is no problem, there is no inventive step) and (ii) the problem must be technical (solving a financial problem is not an inventive step).

The problem-solution approach requires the following: (i) a determination as to whether the invention is novel; and (ii) if it is, then choosing as the closest prior art the reference that shares the most features with the invention. The differences are then compared to determine the problem that is solved by the invention.

For example, if the invention relates to a retrograde cutter with a blade that can be flipped to cut a bone tunnel or socket in a retrograde manner, and the closest prior art is a cutter that does not include a blade that flips and is provided through a narrow cannula, the technical problem is to cut a relatively wide bone tunnel while inserting the instrument into the joint through a narrow cannula. This problem is solved by adding a feature to the blade of the cutter to allow the blade to flip or fall at a 90-degree angle, and to cut in a retrograde manner.

The question then becomes whether the solution would be obvious when solving the technical problem. In the retrograde cutter example, the common solution for cutting instruments would be to replace the cutting blade with a larger one. One skilled in the art would add a wider blade to the cutting instrument by providing a larger incision. This would make the solution of changing the blade angle non-obvious, so that the invention involves an inventive step and is patentable.

3) U.S. “First To File” Is Different from Rest of World

Since 2013, the United States has adopted a “first to file” approach to granting patents. That is, when two different entities apply for a patent, the first one to file an application for a patent will obtain the patent if the invention is patentable. The “first to file” approach changed the prior U.S. “first to invent” approach. The U.S. patent law adopted this major change to harmonize its patent process with that of the European Patent Office and other foreign countries. In an effort to ease the transition from the “first to invent” to the “first to file” system, the U.S. patent law provides a one-year grace period, meaning that the inventor (or someone who directly obtained the information from the inventor) still has the right to publish his/her invention within one year prior to the filing of the application without losing patent rights.

4) U.S. Filing Costs Are Different from PCT and EP

Various fees are associated with securing a patent. These fees include filing fees, fees for prosecuting the application, issue and maintenance fees once the application has matured into a patent, and attorney fees, among others.

Depending on the country or region, these fees may vary widely and may be spread unevenly over the course of filing and prosecuting an application, and maintenance of the patent.

In the United States, the majority of fees are incurred in the first several years (filing fees, prosecution fees, etc.). A patent is enforceable from the time that it is granted until 20 years after the initial filing date. Once the patent is issued, three additional maintenance fees must be paid to maintain the issued U.S. patent.

Another mechanism is to file a regional patent application. In Europe for example, an EP patent can be obtained by filing a single application with the European Patent Office (EPO). A granted EP patent confers to its owner the same right as a national patent in those countries that are signatories to the European Patent Convention, namely Austria, Belgium, Bulgaria, Switzerland, Cyprus, the Czech Republic, Germany, Denmark, Estonia, Spain, Finland, France, Greece, Hungary, Ireland, Italy, Liechtenstein, Luxembourg, Monaco, the Netherlands, Portugal, Romania, Slovenia, Slovakia, Sweden, Turkey, and the United Kingdom. Securing an EP patent involves payment of an annuity every year from the filing of the application, as well as search, examination and designation fees, and translation fees if necessary. Once the mention of a grant has been published, the patent must be validated in each of the designated countries. In a number of contracting states, the patent owner may be required to file a translation of the specification in the official language of the national patent office.

5) Enforcement of Patent Rights in the United States Is Limited

As noted, what may be patentable in the United States may not be patentable in other countries and, even if patented, enforcement of the patented subject matter varies greatly. For example, methods of medical treatment are considered to fall outside the scope of patent protection in most countries including European countries, Canada, Japan, and South Korea.

Although methods of medical treatment are patentable in the United States, enforcement against an individual practitioner (surgeon) is not possible. In the United States, the Patent Act prohibits enforcement of patents for medical treatment against doctors and the medical facilities with which the doctors are associated (at least with respect to medical and surgical procedures and methods of treatment).

Gabriela Coman is counsel in Dickstein Shapiro’s Intellectual Property Practice. She practices primarily in the intellectual property area, concentrating in the fields of medical, biotechnology, pharmaceuticals, chemical, semiconductors, and design patents. Reach her at [email protected].